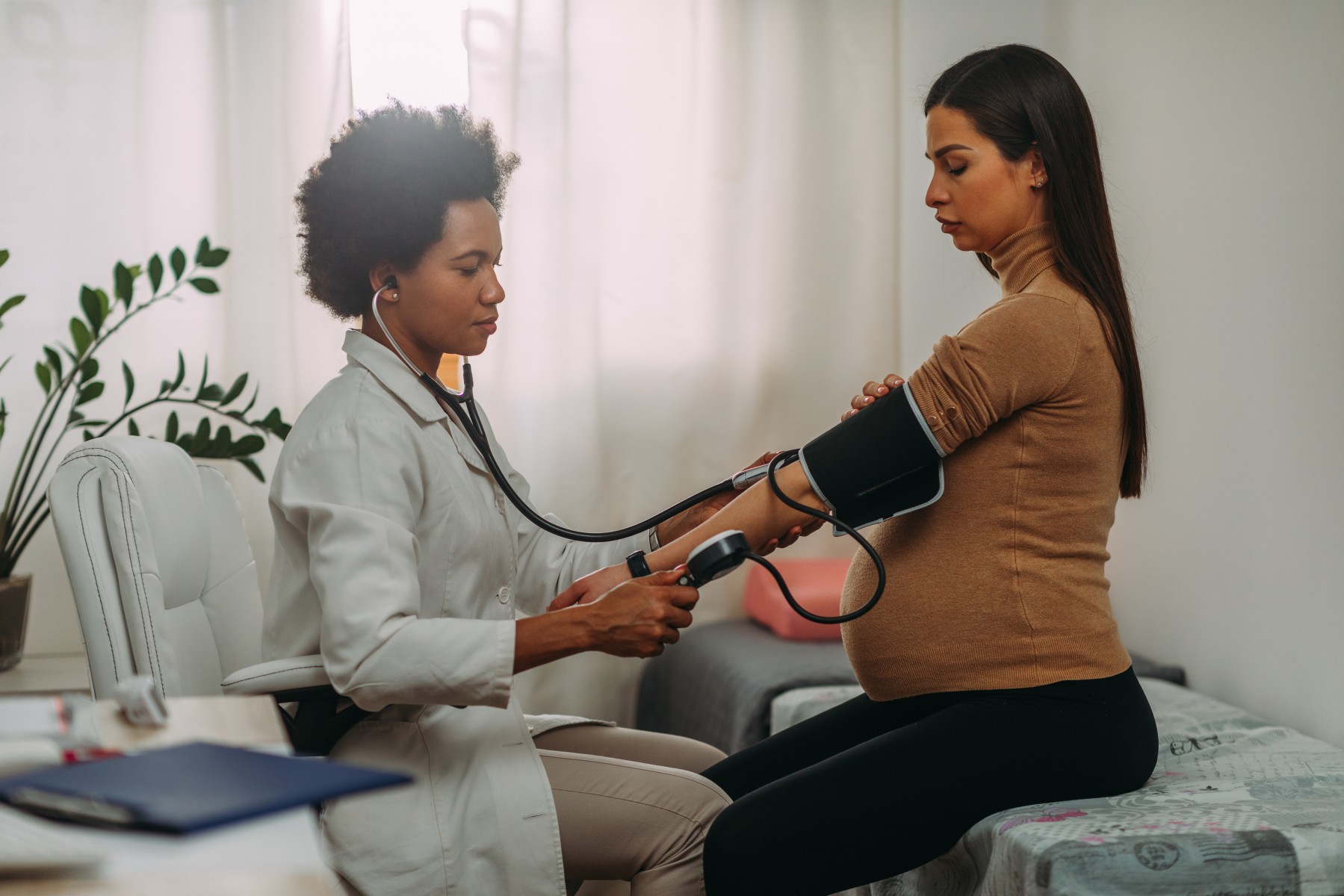 In a study of pregnant women in the United States, Cedars-Sinai investigators found that a specific imbalance of two placental proteins could predict which women were at risk of developing a severe form of preeclampsia, a life-threatening blood pressure disorder.

The study is published in the journal NEJM Evidence. 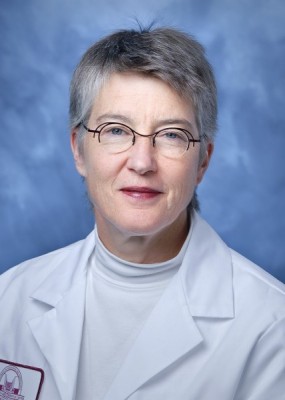 than 75% of the time,” said study co-senior author Sarah Kilpatrick, MD, PhD, chair of the Department of Obstetrics and Gynecology at Cedars-Sinai.

The blinded, prospective study of women initially hospitalized for preterm hypertension involved 1,014 patients from18 hospitals across the nation.

“This multicenter investigation is one of a few large studies of the risk for developing preeclampsia with severe features in the U.S.  The women represented a more racially diverse cohort and included  patients from both smaller community hospitals and large academic medical centers, in cities and rural areas,” said Kilpatrick.

Preeclampsia is the most common of hypertensive disorders associated with pregnancy. The severe form of the disease can lead to dangerously high blood pressure, organ failure, vision loss or even stroke. It affects approximately 5% of pregnant women and is a leading cause of maternal and fetal death and serious illness.

Investigators found that a specific protein imbalance revealed in blood tests of the hospitalized pregnant women provided a way to quantify their risk of developing severe preeclampsia. It  involves levels of soluble fms-like tyrosine kinase 1 (sFlt-1) and placental growth factor (PIGF) in the bloodstream.

“An sFlt-1 to PIGF ratio of 40 or greater predicted the development of serious preeclampsia, adverse outcomes and early delivery within two weeks, two-thirds of the time,” said S. Ananth Karumanchi, MD, the co-senior author of the study, who holds the Medallion Chair in Vascular Biology. 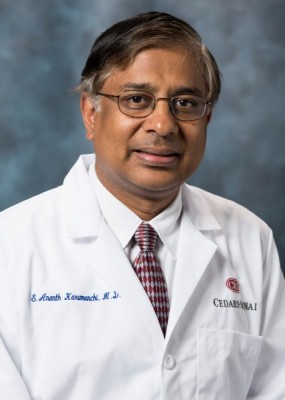 “Conversely, if the critical ratio between the two proteins was below 40, we found the risk that the patient would progress to preeclampsia with severe features within two weeks of the blood test was less than 5%,” said Karumanchi, who is also director of Nephrology at Cedars-Sinai.

Currently, the only cure for preeclampsia is delivery. A test indicating a that a preterm patient, a woman who has completed less than 37 weeks of pregnancy, is likely to develop severe disease could help optimize care.

“Our intention is that this blood test could eventually lead to better health outcomes for mothers and their babies. It is well known that virtually all patients with preeclampsia eventually get worse until they give birth. But it can be very hard to predict the optimal time for delivery. Having an accurate test would help us ensure that the mother was in the right  hospital for management  of her care and that of her preterm baby,” said Kilpatrick.

Rates of preeclampsia have been steadily on the rise, largely due to increases in obesity and hypertension in the nation. Black, American Indian and Alaska Native women have significantly higher rates of the diseases than white women, and a higher risk of death.

Investigators also hope the findings can point the way to potential drug therapies for women at risk.

“We know sFlt-1 is the protein that goes up even before any symptoms of preeclampsia occur and the ratio of sFlt-1 to PlGF predicts worsening disease. Further research may identify a drug mechanism that could reduce levels of sFlt-1 and be used to safely prolong pregnancy; that would be a gamechanger for very preterm preeclampsia patients,” said Karumanchi.

While the study involved a single blood test of two proteins, investigators are encouraged that more research, involving large numbers of subjects, will provide better tools for thwarting preeclampsia before it can seriously harm patients and their babies.

“We performed this study to identify a simple, accurate biomarker clinicians can use to determine who is at highest risk for preeclampsia with severe features and who would be an appropriate candidate for treatments that we could develop for this devastating condition. I believe we achieved this goal,” said study co-senior author Ravi Thadhani, MD, MPH, a professor of Medicine at Harvard Medical School, chief academic officer at Mass General Brigham, in Boston, Massachusetts, and a visiting faculty scientist at Cedars-Sinai.

Funding: Support for the study was provided by Cedars-Sinai and Thermo Fisher Scientific.

Disclosures: S. Ananth Karumanchi, MD and Ravi Thadhani, MD, MPH are listed as co-inventors of patents that were out licensed to multiple companies and received payment for consultation services that they provided to Roche Diagnostics and Thermo Fisher Scientific, the companies that make the protein tests examined in the trial.

In a new study evaluating the Mediterranean diet and adverse pregnancy outcomes, investigators from the Smidt Heart Institute at Cedars-Sinai found that women who conceived while adhering to the anti-inflammatory diet had a significantly lower risk …
Read more