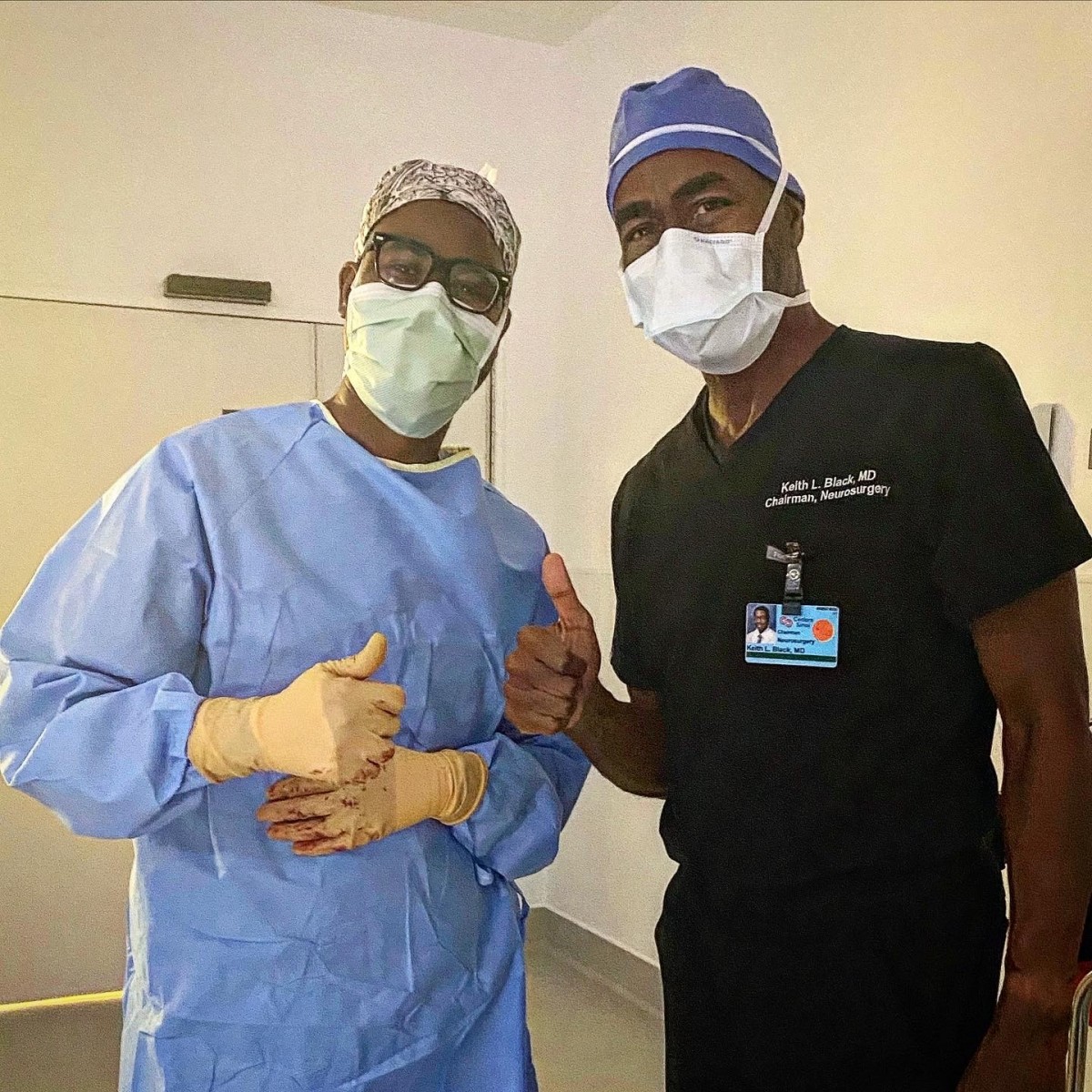 With a Drive for Excellence and a Motivating Mentor, Oluwaseun Omofoye, MD, MS, Completes His Neurosurgery Training After 19 Years

It has been almost 20 years since Oluwaseun “Seun” Omofoye, MD, a Nigerian native who moved to the United States at 16, embarked on his quest to become a neurosurgeon. Now, after completing his final y 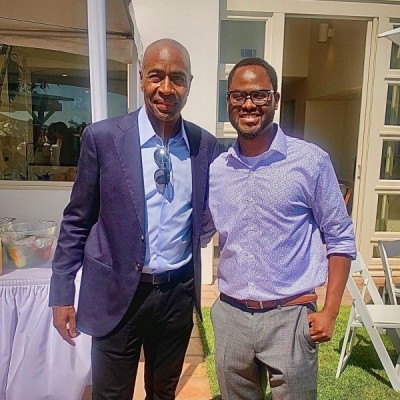 ear of fellowship training at Cedars-Sinai, the 37-year-old husband and father of two is officially beginning his long-sought-after career.

“I am grateful to have made it through,” said Omofoye in a LinkedIn post he shared, which has since garnered more than 9,500 likes and nearly 1,200 comments. “It was challenging to say the least, but I’m thankful to everyone who has supported and believed in me along the way.”

Over the course of his training, Omofoye spent four years as an undergraduate, one year earning his master’s degree, five years in medical school, eight years as a resident, and one year as a neurosurgical oncology fellow.

“Seun came to Cedars-Sinai with his shirtsleeves rolled up, eager to teach residents and assist in any way he could,” said Keith Black, MD, professor and chair of the Department of Neurosurgery at Cedars-Sinai and mentor to Omofoye. “He has an ability to work almost without effort with other colleagues and members of the healthcare team. He is quite a talented young surgeon with a bright future ahead of him.”

When Omofoye was 16, his father won the U.S. visa lottery and subsequently gave up his job as a biochemist for a chance at the American dream. Along with his mother, father and three younger brothers, Omofoye immigrated to North Carolina from Nigeria.

“They sacrificed their careers to get my brothers and me here,” said Omofoye. “Their selflessness has given me the opportunity to live out my goals. My dream is a reality because of them.”

Although the move was exciting for Omofoye, who had always dreamed of becoming a doctor in the U.S., it meant his family was faced with the harsh realities of making a living in a new country.

“My parents went from having great careers in Nigeria to working low-paying jobs in the United States, just trying to get by,” remembers Omofoye. “My father eventually went back to school to become a nurse while continuing to work full time.” 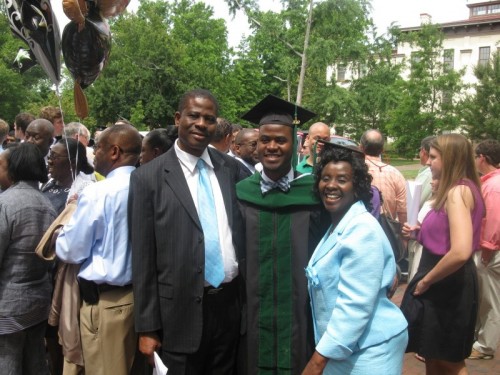 Omofoye says he benefited from mentors and teachers who encouraged him along the way, but he also was motivated to push past adversity when confronted by naysayers.

“At several points along my journey, I was told that I couldn’t do it,” said Omofoye, who specifically recalls an undergraduate college advisor telling him he didn’t have what it takes to get into medical school. “And in medical school, I had advisors who told me there was a high possibility I wouldn’t get into a neurosurgery residency, and to have a backup plan.”

Omofoye also remembers early in his neurosurgery residency, an advisor discouraging him from continuing his training.

“However, I believed in myself,” said Omofoye. “My faith, determination, and passion for neurosurgery kept me focused, motivated and moving towards my goal despite the obstacles. I also had supportive mentors who encouraged me not to give up.”

Encouragement also came from his mentor, Black, who Omofoye says taught him countless lessons and shared his experience starting out at Cedars-Sinai as a young neurosurgeon, eventually building a nationally ranked neurosurgery program.

“I believe there are only four black neurosurgery department chairs in the United States,” said Omofoye. “Working with Dr. Black, who I consider a master neurosurgeon, I learned a variety of surgical skills and innovative techniques in resecting brain tumors.”

For Black, giving back to trainees like Omofoye is one of his greatest joys.

“The reality is, it’s hard to imagine one achieving personal success—any success—without mentors,” said Black, also the Ruth and Lawrence Harvey Chair in Neuroscience. “My mentors had a willingness and openness to share adversities and take time to teach me strategies to overcome them. 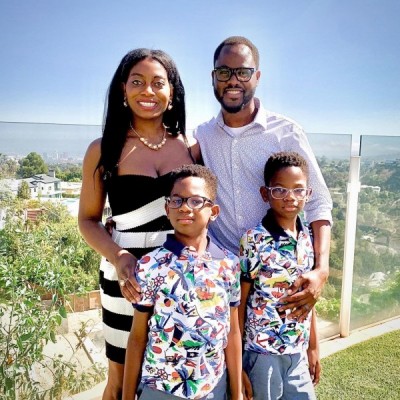 It’s hard to imagine that I would have made it anywhere close to where I am now without them.”

With the completion of his fellowship under Black, Omofoye is headed to the Myrtle Beach area of South Carolina to build a cranial neurosurgery program and provide advanced subspecialty care for patients with brain tumors and intracranial pathologies.

“As neurosurgeons, we play a remarkable role in the lives of individuals whom we meet at some of the worst times of their lives, and we have the ability to make a positive difference and alter the course of their lives,” said Omofoye. “I’m very grateful to practice this profession. Overall, I want anyone with a dream to believe in themselves, pursue their goals regardless of what obstacles may come their way, and aim for their version of the American dream.”

Russell Metcalfe-Smith, Director of the Women's Guild Simulation Center for Advanced Clinical Skills, Becomes a Fellow of the Society for Simulation in Healthcare Academy

Russell Metcalfe-Smith, director and associate professor of the Women's Guild Simulation Center for Advanced Clinical Skills, has been invited to become a fellow of the Society for Simulation in Healthcare Academy, making him the first to earn …
Read more