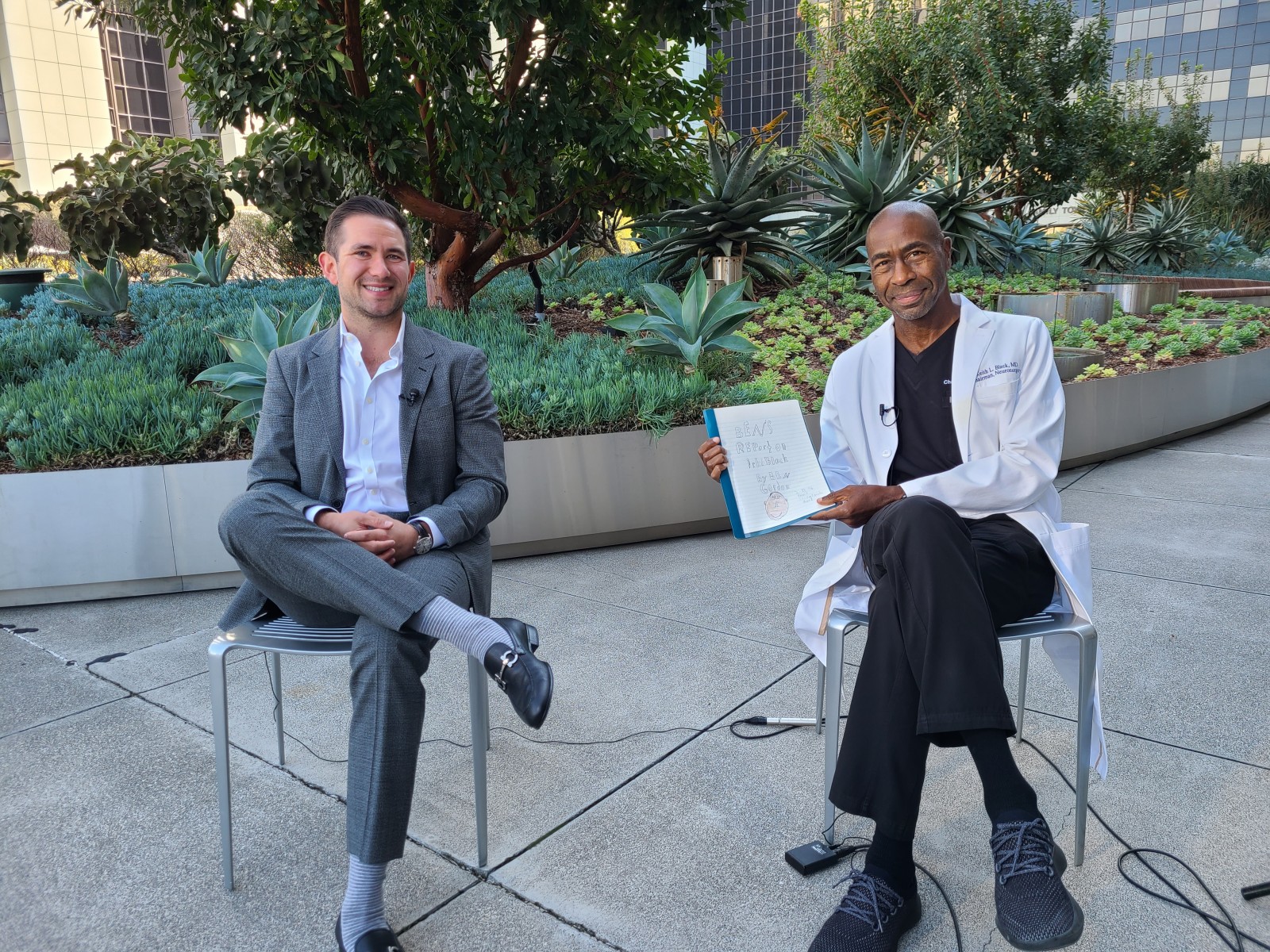 More Than Two Decades Later, Benjamin Gordon Reconnects With Neurosurgeon Who Prolonged His Father’s Life, And Who Continues to Inspire Him

At just 8 years old, Benjamin Gordon’s life was flipped upside down when his father, Greg, was diagnosed with an aggressive type of brain cancer.

Keith Black, MD, professor and chair of the Department of Neurosurgery at Cedars-Sinai, led the care team that helped prolong his life, giving him more time to watch his three sons’ youth sports teams and spend irreplaceable moments together as a family.

When Greg died 20 months later, the loss was devastating for the young boy and his family, but through the despair, they were comforted and inspired by Black.

“Dr. Black extended my dad’s life,” said Gordon, now 33 with a wife and young child of his own. “Even in elementary school, I remember feeling so appreciative of all he did for my family. He was my hero—and continues to be.”

Gordon's memories are vivid. While his father recuperated from brain surgery, Gordon’s second grade class was tasked with writing a report on a hero while studying Black History Month. Most of his classmates wrote about athletes and actors, but Gordon knew immediately his report would feature the leading neurosurgeon who removed a tumor from his father’s brain.

Through the years, Gordon, his brothers, and his mother, Debbie, often reflected on Black’s role in their lives, remembering the attention and care he gave their family. But it wasn’t until recently that Debbie found that second grade report and initiated a reunion between her son and Black.

“When I came across Ben’s report, I immediately knew I wanted to arrange a reunion with him and Dr. Black,” said Debbie Gordon. “With so much hate and division happening in our world, I thought their story could spark hope and kindness.”

When I came across Ben’s report, I immediately knew I wanted to arrange a reunion with him and Dr. Black. With so much hate and division happening in our world, I thought their story could spark hope and kindness.

Debbie Gordon was right. The reunion between Black and Benjamin Gordon was filled with laughter, joy and even a few tears. The two met 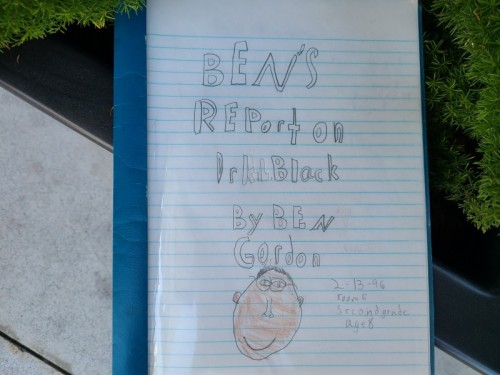 outdoors in the Healing Gardens at Cedars-Sinai, then sat down to catch up.

“I remember Debbie bringing her son’s report to one of her late husband’s last appointments,” said Black, the Ruth and Lawrence Harvey Chair in Neuroscience. “Looking at it now and seeing Ben—no longer the little boy with blond hair and just over four feet tall, but a successful man and father—it’s really special.”

Inside Gordon’s report, he details Black’s upbringing in Auburn, Alabama, and his move to Cleveland at age 10. He recounts how Black fell in love with science at a young age and could be found dissecting animals or building rockets in his free time. Gordon’s descriptions of Black included his hobbies, like mountain climbing, scuba diving and skydiving, but also simple references to major recognitions like appearing on the cover of TIME Magazine.

“Dr. Black is famous because he’s the world’s best neurosurgeon,” wrote Gordon in his report. “He operates on brains and has published over 100 scientific papers.”

And while Black has since published hundreds more scientific papers, appeared on the cover of countless more media outlets and operated on thousands of additional patients, the sentiment in Gordon’s report remains the same today.

“He extended my dad’s life and took a tumor out of his head,” Gordon wrote in his second grade report. “He is a hero.”

The 2022 Annual Report from the Departments of Neurology and Neurosurgery at Cedars-Sinai is available now, detailing recent achievements from this world-class team offering care for more than 150 complex neurological disorders.Among the …
Share this release (opens in dialog)

After two and a half years of living through the COVID-19 pandemic, the upcoming long weekend can feel like a respite from the constant stress, says Itai Danovitch, MD, MBA, chair of Cedars-Sinai’s Department of Psychiatry and Behavioral …
Share this release (opens in dialog)

Experts from the Cedars-Sinai Comprehensive Stroke Center are urging stroke patients not to stop taking daily low-dose aspirin without consulting their doctors. Confusion over a recent U.S. Preventive Services Task Force recommendation has caused …
Share this release (opens in dialog)