A Couple Shares Their Journey Through Kidney Transplant 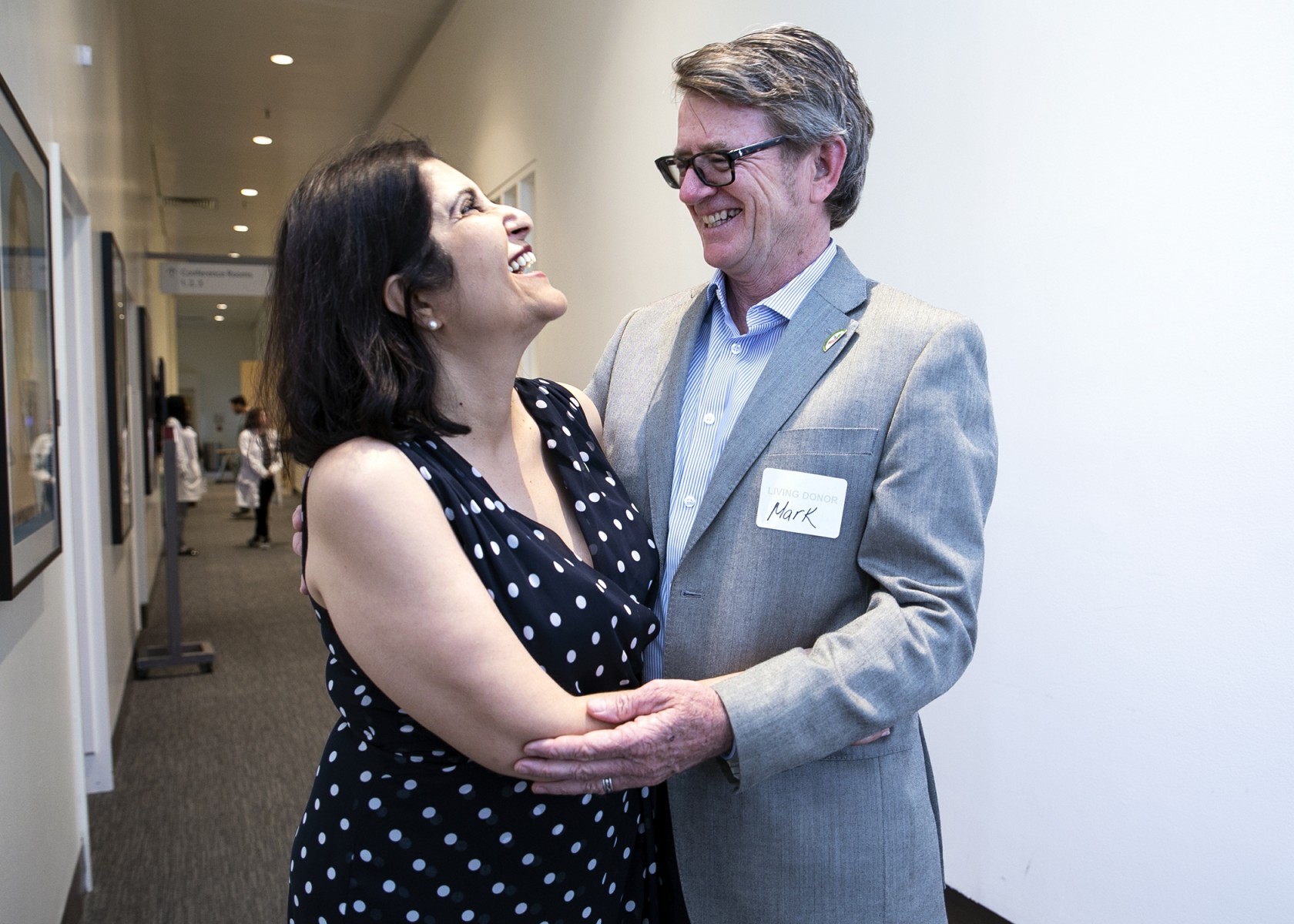 After Hermine Honarvar Rule was told that she was in critical need of a kidney transplant, two relatives and a friend each volunteered to give up a kidney to help save her.

But Rule, 50, a state administrative law judge from Huntington Beach, soon learned that none of those generous offers would be the solution to her struggle with kidney disease. During medical screening, all three of the donor candidates were discovered to have health issues that would disqualify them from going ahead.

Thankfully, Rule could turn to one more person – her husband, Mark, 58, a trucking industry consultant. He already had decided to donate a kidney to secure a higher priority for Hermine on the organ donation waiting list. To his surprise, it turned out that his kidney was the right match for his wife. “We were truly made for each other,” he jokes today.

They headed off to Cedars-Sinai together last September for their surgeries, and the outcome was a success for both. Mark, a one-time marathoner, resumed running and working out after six or seven weeks, and Hermine was back at work within three months after the receiving the kidney.

“Honestly, if it wasn't for for the 17 or 18 pills a day that I take, and my scar, it would be very easy to imagine that it never happened," Hermine said, before quickly emphasizing that not all transplant patients are as fortunate or receive the same quality of care that she has gotten.

The need for more organ and tissue donors was highlighted at a National Donate Life Month event held Monday afternoon by Cedars-Sinai’s Comprehensive Transplant Center with Los Angeles-based OneLegacy, which describes itself as the largest organ, eye and tissue recovery organization in the world. It featured the Rules and others whose lives were dramatically touched by organ transplants, including a liver recipient who said, “I got a second chance at life.”

Hearing that never gets old for Andrew Klein, MD, MBA, Director of Cedars-Sinai's Comprehensive Transplant Center and the Esther and Mark Shulman Chair of Surgery and Transplant Medicine. “The rejuvenation provided by a life-saving organ transplant is truly remarkable," Klein said. "As a member of the transplant team it is a gift to observe a transplant recipient’s metamorphosis from sick and debilitated to healthy and full of life.” 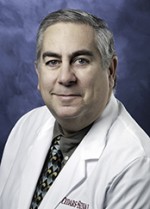 The rejuvenation provided by a life-saving organ transplant is truly remarkable. As a member of the transplant team, it is a gift to observe a transplant recipient’s metamorphosis from sick and debilitated to healthy and full of life.

Tsuyoshi Todo, MD, a Cedars-Sinai liver and kidney transplant surgeon, tried to ease apprehension among potential living donors about the risks. “Only the healthiest people can become donors,” Dr. Todo explained. “The risk of donation and renal failure or end-stage renal disease is negligible for a donor compared to the general population.”

The number of organ transplants nationally has climbed in recent years, yet more than 113,000 Americans remained on the national transplant waiting list as of January. Every day about 20 people in the U.S. die while waiting for a transplant.

According to preliminary federal statistics, 36,528 organ transplants were performed in the U.S. last year, up 5 percent from 2017 and marking the sixth straight year with a record-setting total. In 2018, Cedars-Sinai physicians completed 214 kidney, 122 heart, 112 liver, 21 lung, two kidney-pancreas and one pancreas transplants.

Nationally, transplants from living donors showed an especially sharp gain in 2018, accounting for 6,849, or 19 percent, of the total, and Todo said they represent the best potential source for new organ donations. One of the reasons that living donors are crucial: Only about 3 in 1,000 people die in a way that allows their organs to be donated.

Yet living donors are not covered by the federal Family and Medical Leave Act, and they can face discrimination when they try to buy life, disability or long-term care insurance. Todo, working with the American Society of Transplant Surgeons, will visit Washington in May to lobby lawmakers to support a proposal, the Living Donor Protection Act, that is intended to prohibit such discrimination.

For their part, the Rules have become advocates, too. Two weeks before they were to head to Cedars-Sinai for their surgeries, they were stunned to suddenly learn that a kidney could be made available from a pedestrian who was taken off life support after being struck by a car. Still, the outlook for Hermine wasn’t quite as good as it was with Mark’s kidney, and Mark said he liked the idea of two people benefiting -- both Hermine and someone else who could get the pedestrian’s kidney.

While many 21-year-olds celebrate their coming of age in bars and nightclubs, Andrew Solis is celebrating freedom by finally going home—equipped with a new heart and liver—after nearly eight months at Cedars-Sinai. “Before my heart and liver …
Read more

A Couple Shares Their Journey Through Kidney Transplant