Is Dry Drowning a Real Danger to Your Children? 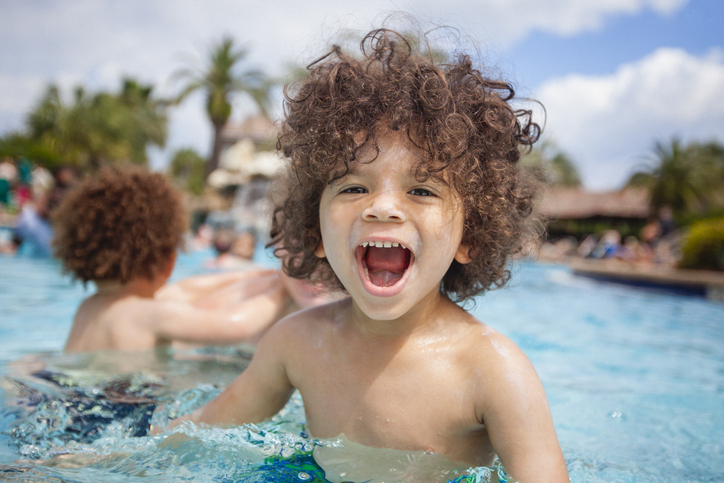 Drowning is the leading cause of death by injury in children aged 1 to 4 years old, killing nearly 1,000 children every year. Adding to every parent's worries is the tidal wave of news stories about "dry drowning."

"The term 'dry drowning' refers to an acute lung injury caused by water aspiration that would develop over minutes to hours after exposure and could progress to respiratory failure," said Robert. "However, risk of death from this type of submersion injury in the absence of loss of consciousness at the scene would be exceedingly low compared with death from an actual, real-time drowning—so prevention of water accidents, not intensive observation of a child who looks well after a little sputtering, deserves the real attention."

Small children may not be able to communicate what they are experiencing after a submersion injury, so after a water scare, it makes sense for parents to watch for fast or labored breathing and to seek medical attention if there are any concerns. Signs of difficulty breathing may include unusually fast breathing, the appearance of the chest "sucking in," poor skin color, changes in mental status, decreased oral intake or coughing. If these symptoms appear or begin worsening, parents should seek medical attention immediately.

But Robert stresses that a delayed onset to serious respiratory problems is rare and says parents should instead focus on drowning prevention by watching intently whenever their child is around water.

"In almost every drowning case, parents report that the responsible adult only turned away for a minute," said Robert. "And unfortunately, it's likely true, but that's all the time it takes for a child to lose consciousness."

Robert answered some common questions he hears from parents:

What age group is most at risk for drowning? Drowning is the leading cause of death by injury in children aged 1 to 4. “That's because these toddlers are mobile and innately curious, naturally exploring their environment and typically unable to swim. But older children and even teenagers also are at risk of drowning, especially if alcohol is involved,” Robert said.

Where can drownings happen? Toddlers can drown in as little as 1 or 2 inches of water. "People know to watch children around pools, beaches and lakes, but they are often less vigilant about smaller hazards like bathtubs, toilet bowls, inflatable kiddie pools, flooded ditches or bird baths," Robert said.

What are your top water safety tips for parents? Small children are extremely vulnerable and require intensive supervision. "Water safety is a hands-on experience—which means parents should remain physically present throughout their child's bath time and be close enough to touch a child in the pool who isn't yet a strong swimmer," Robert said.

Robert also recommends exposing small children to water, and to let them get a little water in their noses so they develop a healthy respect for the water and will be more likely to avoid it without a parent in close proximity. It's also critical to teach small children to float on their backs, suggested Robert.

"And most important—if you have a swimming pool, fence it in and keep it locked securely," said Robert.

What other tips do you want parents to know? "All too often when 'everyone' is watching the kids, no one is. Designate a water-safety supervisor whose sole responsibility is to watch the children, then alternate between responsible, sober adults every 20 minutes," Robert said.

He also advises taking multiple precautions. For example, if your toddler cannot swim, equip them with a flotation device, get in the pool yourself, install a gate around your pool, designate a sober water-safety supervisor, enroll your children in swim lessons and talk to them about the importance of never going near a pool without an adult.

"These extra levels of protection can mean the difference between life and death for your toddler," Robert said.

Read more on the Cedars-Sinai blog: Know the Signs of Water Distress

The first rule of sun safety is to start young."When it comes to kids and sun-safety habits, it’s essential to start early and to model the behaviors we want our children to use throughout life," …
Read more

What Parents Need to Know: COVID-19 Vaccine for Babies, Preschoolers

For many families with young children, the moment they have been waiting for has finally arrived: The U.S. Food and  Drug Administration (FDA) has authorized emergency use of two COVID-19 vaccines …
Read more

Like a lot of young children, from the time she was a year old, Cassidy Clapp was plagued by one ear infection after another.Usually, an ear infection diagnosis meant Cassidy would undergo a round of …
Read more

Is Dry Drowning a Real Danger to Your Children?