Time: The Mysteries and Underdiagnosis of SIBO 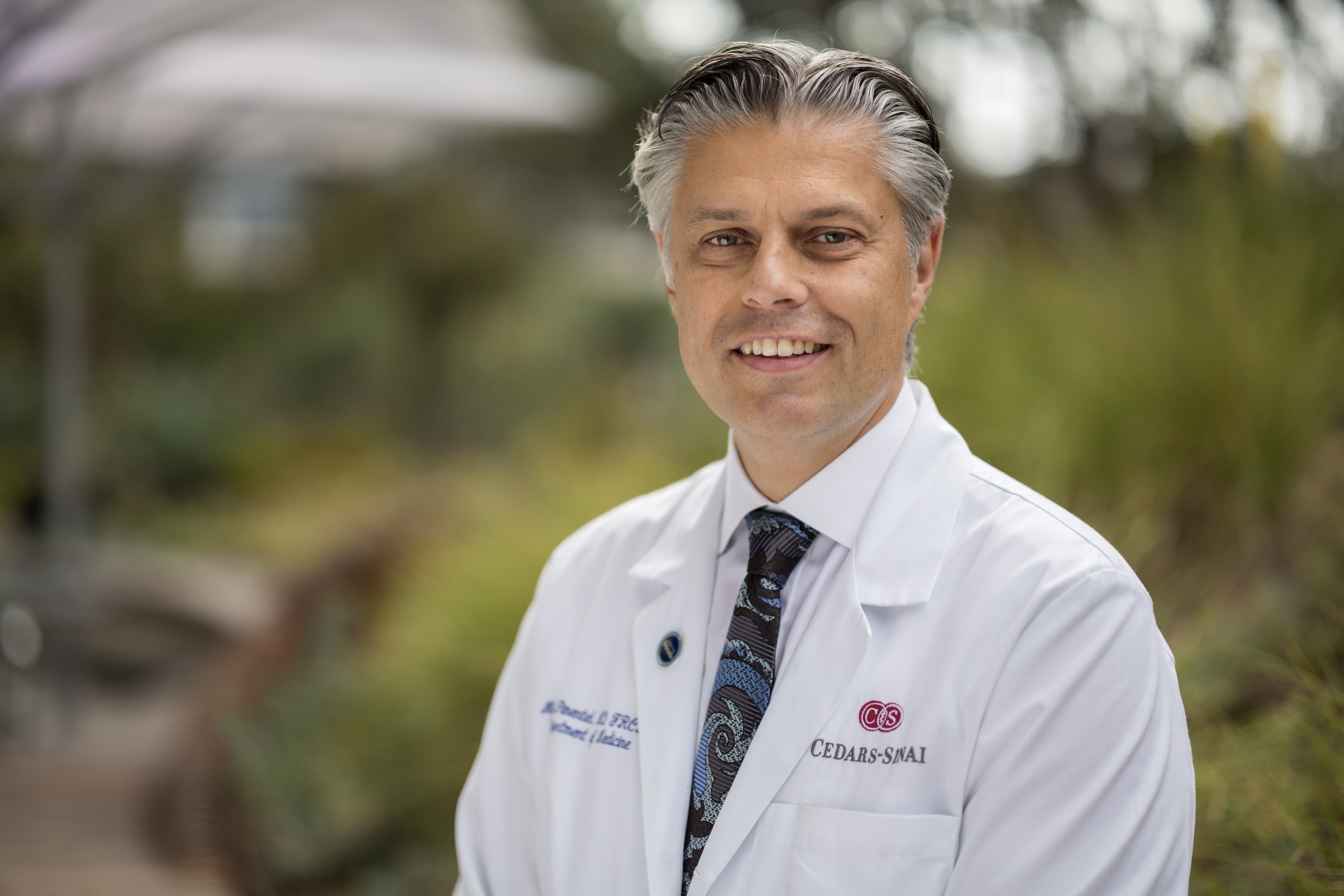 Mark Pimentel, MD, is director of the Medically Associated Science and Technology (MAST) Program at Cedars-Sinai. Photo by Cedars-Sinai.

Time recently interviewed Mark Pimentel, MD, program director of the Medically Associated Science and Technology Program, about small intestinal bacterial overgrowth (SIBO), and how his research has improved understanding of the condition in the medical community.

SIBO is caused by the abnormal and prolific growth of bacteria or archaea—a single-celled organism—in the small intestine, and it could be the main cause of irritable bowel syndrome (IBS). About 11% of people around the world have been identified as having IBS, a "wastebasket" verdict given to many patients with digestive symptoms such as bloating and discomfort. But SIBO often goes underdiagnosed, according to Time.

Research conducted by Pimentel and his team at Cedars-Sinai characterized the bacteria in the small intestine, shedding light on SIBO. They also showed that SIBO is an underlying factor in IBS. The researchers also concluded that IBS is not a psychological disorder but an imbalance of the gut’s microbial community.

Pimentel pioneered the use of rifaximin, an antibiotic prescribed for "travelers’ diarrhea," as a treatment for IBS and SIBO. But he credits complementary medicine with leading the way in developing treatments for these digestive disorders.

As knowledge about SIBO and IBS spreads, thanks in part to Pimentel and his fellow researchers at Cedars-Sinai, more patients have sought treatment from physicians who can examine their digestive issues and give them a more specific diagnosis.

Click here to read the complete article from Time.

Time: The Mysteries and Underdiagnosis of SIBO