The Story of One Kidney and 37 Years of Marriage 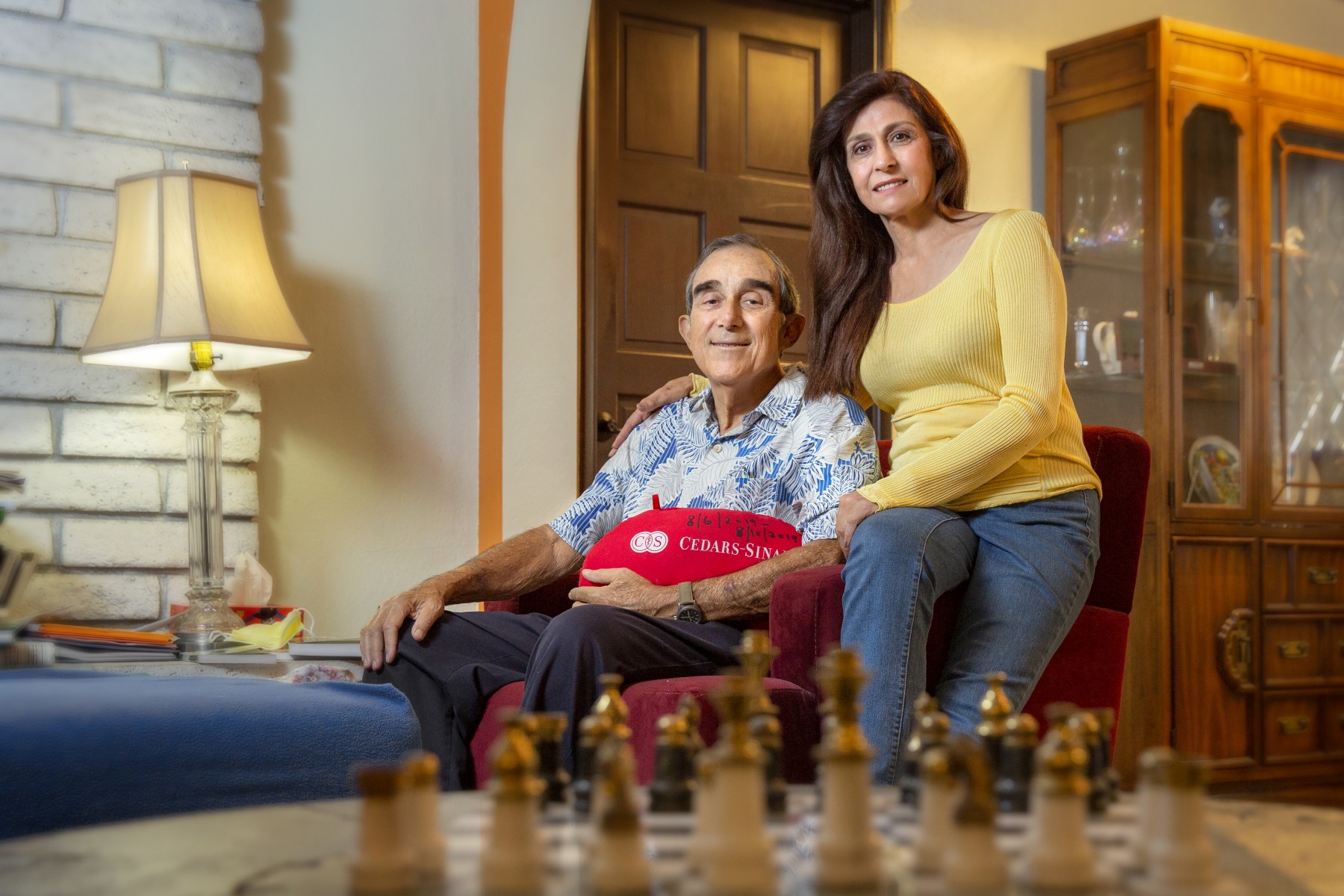 After 37 years of marriage, William M. (Bill) Paparian still sings the praises of his wife, Sona Paparian. And lately he’s had even more reason to rhapsodize.

Bill, a 70-year-old criminal defense lawyer and a former mayor of the City of Pasadena, received the life-saving gift of a kidney from his wife last month at Cedars-Sinai. What’s more, Sona, 63, was the one in the family who first learned about, and pushed for, the relatively little-known process that allowed him to receive her kidney even though they have different blood types.

The result: Instead of the likelihood of waiting years for a kidney transplant – or possibly never receiving one – Bill got the new organ 10 months after beginning dialysis.

Sona downplays what she did. She can’t even remember debating the idea in her own mind. She said it came to her in “just an instant. It was a natural thing.”

For his part, Bill, who was diagnosed with kidney disease more than a decade ago, is effusive about Sona’s courage and perseverance. “My wife stepping up like this is a real testament to our relationship. It’s very strong,” he said.

Before the surgeries were performed, when Bill told people about the pending transplant – including a judge he asked in court to postpone one of his cases – “the way they reacted was really something to see. They said, ‘Wow, what a woman.’ You’re a lucky man to have a wife like that.’"

The Paparians are telling their story to help spread the word that blood group, or ABO, incompatible transplants, can be performed – albeit still only at a limited number of leading hospitals in the U.S.

At Cedars-Sinai, one of the nation’s top providers of immunologically incompatible kidney transplants, about 200 have taken place since the hospital began doing them in 2005. They offer “excellent outcomes long-term,” according to Stanley C. Jordan, MD, Director of Nephrology & Transplant Immunology and medical director of the Kidney Transplant Program. He said success rates are in line with lower-risk compatible kidney transplants.

Most kidney donations come from people who have died, but ABO incompatible transplants can motivate more living donors to provide kidneys so that their loved ones get needed organs as promptly as possible.

ABO incompatible transplants also offer some advantages over another option for living donors, “paired exchange” programs. In those, prospective donors with blood types that are incompatible with the people they most want to help can give organs that will go to someone else. In exchange, their loved ones are matched with compatible donors and they receive transplants much sooner than they would otherwise.

Many hospitals offer paired exchanges “and that’s certainly a reasonable way to go,” Jordan said. “However, it’s sometimes difficult in the sense that the logistics require kidneys to be taken out, shipped across country or to different centers, and not everybody wants to participate in that.”

At Cedars-Sinai, where both ABO incompatible and paired exchange transplants are offered, “It’s nice that people have a choice,” said Jordan, who led the development of a process that greatly reduces the risk of the body rejecting a new kidney. That process has been instrumental in the success of ABO incompatible transplants.

Bill’s path to a transplant began nearly a dozen years ago when he was diagnosed with kidney disease. By 2015, his doctor in Pasadena told him he would need a transplant, and the following year he came to Cedars-Sinai, which put him on the national waiting list for patients needing kidneys.

Bill initially resisted going on dialysis. He went on a strict renal diet and even sought stem cell therapy in Florida.

In October of last year, however, he nearly collapsed while attending a event, and his doctor at Huntington Hospital told him he needed to begin dialysis. Through it all, he kept up a full-time routine as a lawyer, going to 3½-hour dialysis sessions early in the morning wearing a business suit, and then heading to work.

Meanwhile, Sona contacted hospitals around the country to find out if there was some way she could donate a kidney to her husband. She discovered that there was, in fact, such an option and that one of the places where it was performed was Cedars-Sinai. So the Paparians returned to Cedars-Sinai and, after 10 months of intensive medical tests, they were cleared for the transplant.

The surgeries went well. The Paparians recovered at home, under the watchful eyes of two of their three grown sons. They both are going to the gym regularly, and Bill is back at work.

For Sona, the transplant is a new twist in a long-running love story. The two met in 1981 while Sona, who grew up in Aleppo, Syria, was visiting her older brother, who already was living in the U.S. Her brother introduced Bill and Sona and that same day the two stayed up all night talking, causing Sona to miss her flight the next day back to Syria, where she had been eager to return. Within two weeks, before Sona got on another flight home, Bill proposed to her, and they were married the next year on Valentine’s Day.

“Maybe destiny has something to do with that,” Sona said.

“Look at it now, Aleppo is ruined and I'm here,” she added, referring to the devastating Syrian civil war. “Somebody must have been watching over me.”

Then Sona, indulging in some kidding with her husband, looked to Bill and said maybe that someone actually was watching “over him, to get my kidney!”

A new report on lung transplantation success rates confirms that Cedars-Sinai patients experienced one-year survival outcomes of 91.49%, an achievement above the national average of 89.46%.  The …
Read more

When it comes to COVID-19 immunity, antibodies do not tell the whole story, according to Cedars-Sinai professor of Medicine Stanley C. Jordan, MD.Jordan should know. As director of the Comprehensive …
Read more

The Story of One Kidney and 37 Years of Marriage