The Brain and Climate Change

Changing Global Temperatures Could Mean Difficult Days Ahead for Those Suffering From Neurological Conditions, and Lost Productivity for All

Every day, there are news stories about climate change and our planet. Science tells us that climate change is resulting in rising seas, catastrophic weather, droughts and harm to wildlife. As healthcare professionals, we wanted to share what effects climate change might be having on your health.

Leading up to Earth Day on April 22, we are posting a weekly story and video that investigate the various ways climate change is impacting our bodies. This week's topic: The Brain and Climate Change. 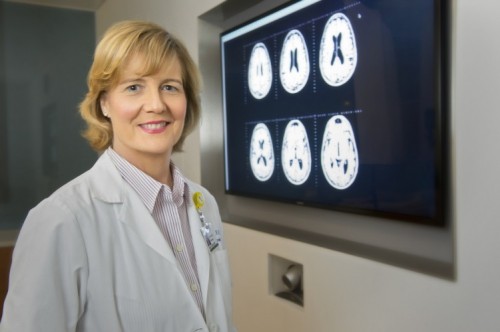 Changing global temperatures could mean lost productivity for workers around the globe, according to Nancy Sicotte, MD, chair of the Department of Neurology at Cedars-Sinai.

"Clearly, there's an optimum temperature at which the brain and body work best, and if the temperature gets too hot, productivity goes down because our brains and bodies can't function at top-notch speed," she said.

Sicotte points to a 2019 report from the International Labour Organization, which examined the impact of heat stress caused by global climate change on labor and economic productivity.

The report predicts that increased heat stress and extreme weather caused by climate change will lead to a reduction in working hours, and that the effects of climate change will disproportionately affect workers in industries such as agriculture and construction.

"There's a body of knowledge that has been accumulated over time about how the world works and what the seasons are going to be like," Sicotte said. "But now farmers are having to change their behavior. The seasons don't act the way they used to. It just adds this unpredictability that I don't think we can really quantify completely yet, and we don't know where it's going to end."

These extreme fluctuations in temperature can disproportionately affect people who have a harder time regulating their body temperature, such as children and the elderly, Sicotte said. More frequent extreme weather, such as hurricanes, also can disrupt access to treatment for people with chronic health conditions, such as cancer patients, who rely on regular visits to medical facilities for lifesaving treatment. 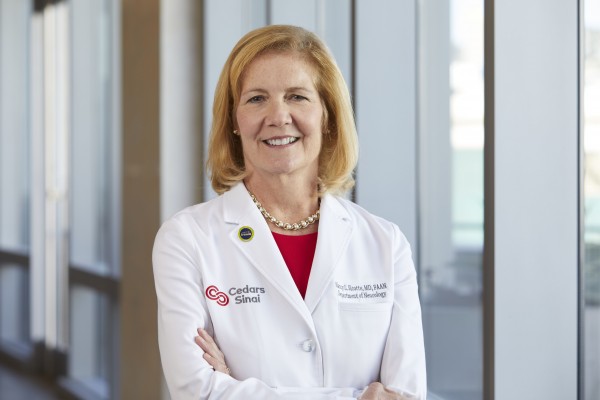 Clearly, there's an optimum temperature at which the brain and body work best, and if the temperature gets too hot, productivity goes down because our brains and bodies can't function at top-notch speed.

More hot days around the globe also could lead to more difficult days for those struggling with certain neurological conditions, including multiple sclerosis (MS), a degenerative disease in which the patient's own immune cells attack the myelin sheaths that protect the nerve cells, and the connections between the nerve cells, in the brain and spinal cord.

That effect, known as Uthoff's phenomenon, means that patients with certain neurological diseases can experience worsening symptoms when their body temperature rises, whether that's from a fever, vigorous exercise or just a particularly hot day.

For patients with these conditions, more hot days could mean more days spent struggling with weakness, numbness and tingling in the limbs, or even vision loss.

Sicotte worries that climate change could mean more of these tough days for her patients, despite all of the progress made in the field over the past 20 years.

When Sicotte started practicing medicine, diagnosing and treating MS was a puzzle that physicians and scientists were still trying to piece together. Few treatments were available, and women—who are two to three times more likely to develop MS than men—were told not to have children because scientists thought there was a connection between pregnancy and worsening symptoms, Sicotte said.

Developments in the past two decades have changed that advice dramatically.

"The world is now turned on its head because of our imaging techniques and what we've learned about the disease," Sicotte said.

Now, according to Sicotte, physicians are able to diagnose MS quickly and, in some cases, offer therapy before a patient even begins to exhibit symptoms of the disease. Therapeutic medications minimize symptoms, making it possible for MS patients to live relatively normal lives, and the connections between MS and pregnancy are better understood, so having children is no longer off the table for women with the disease.

This has given rise to a new generation of patients who are able to treat their MS while balancing the demands of careers, social lives and parenthood.

Sicotte's concern is that global climate change will result in more hot days for her patients, especially in temperate southern California, where many coastal homes don’t have air conditioning. The result Sicotte fears: more tough days ahead for her patients.

"I have patients who will go on vacation to a cold place like Alaska and feel amazing," Sicotte said. "But it would be very disruptive if patients had to change where they live because of MS."

Fortunately, Sicotte says, many utility companies provide discounts on heating or air conditioning for patients who have certain medical conditions, including MS.

There are also cooling baths and cooling scarves that many MS patients find helpful for coping with the heat.

As global temperatures continue to rise, Sicotte says she'll be talking more to her MS patients about their heat-related symptoms and recommending these coping strategies, but, Sicotte says, "I think ultimately the health of individuals is tied to the health of the planet. And the planet is not so healthy."

Read more in Discoveries: No Time for MS.

The Brain and Climate Change