In many ways 19-year-old, Brenna Kahlen is a typical teenager. She is living at home in Newport Beach, working and going to college. But unlike most of her peers, Brenna is a now a medical first.

Brenna was born with a disease known as tuberous sclerosis, which affected her kidneys. At age 11, she had both kidneys surgically removed and was placed on dialysis until she could receive a donated kidney. 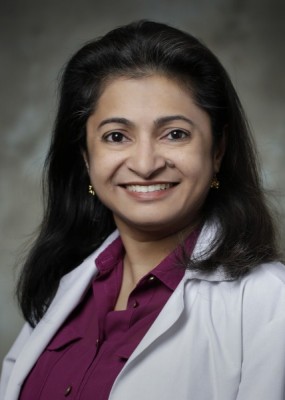 Like other transplant patients, Brenna is on daily anti-rejection medication and is monitored regularly by Puliyanda and Cedars-Sinai's transplant team for signs of organ rejection. The traditional marker to check the stability of the organ graft is serum creatinine and Brenna's levels have been perfect.

Creatinine is a waste product produced by the body's muscles. It is removed from the body by the kidneys, which filter it from the blood and release it into the urine. A test that measures the creatinine in a patient's blood is widely considered a good indicator of how well the kidneys are functioning.

Brenna's creatinine levels were steady, but Puliyanda decided to check further. She and her team requested permission to use a test designed to detect rejection in adult kidney transplant patients.

The adult test, known as Allosure, looks for detection of donor-derived, cell-free DNA in the bloodstream of transplanted patients. A finding above just 1% is predictive for identifying kidney grafts at risk for rejection.

Although the test is not FDA-approved for children, Puliyanda and colleagues were given permission to use the test on Brenna as part of a study on pediatric patients.

Brenna's test came back with high levels of donor-derived DNA. Next, a kidney biopsy showed signs of organ graft rejection. While this was very disappointing news for Brenna and her family, the test was a lifesaver.

"It was the kind of a rejection that's happening behind the scenes where it is slowly deteriorating the kidney. But while that's happening, especially in the beginning, all of the other numbers look good," said Brenna's mother, Yvonne Kahlen. "So this is a great test, because if you can catch it early, and you can stop it, you can extend the life of the kidney, which is exactly what Cedars-Sinai is trying to do."

Puliyanda prescribed a monthly infusion medication to slow the rejection of Brenna's kidney.

"It's definitely a game changer for all of our pediatric transplant patients," said Puliyanda.

For Brenna, the test result was a disappointment, and the new monthly infusions have been difficult, causing headaches and other side effects. But she is determined to stay the course.

"It's going to be difficult for me, of course," said Brenna, "but I hope someday I'll be able to be independent and do things on my own."

Yvonne Khalen calls Brenna her hero, saying "she's been through so much and I am so proud of her. Brenna aspires to live a full, exciting life where she can do all the things everybody else does, and having that kidney transplant is allowing her to do just that."

Antonia “Toni” Perez is one in a million. She’s one of 1 million patients in the U.S. who have received an organ transplant, a milestone the nation celebrated last month.Perez recently celebrated her own individual victory: showing her …