Robots Help Nurses Get the Job Done–With Smiles and Beeps

They zip through the hospital's hallways and corridors, assisting nurses by performing simple yet time-consuming tasks such as delivering lab samples and collecting medicine from the pharmacy. They can even travel to the gift shop to pick up items for patients.

The robots dramatically improve efficiency by carrying supplies, medicine and linens. Just as important, they add energy and cheer to the units where they work—their heart-shaped eyes light up and they make cartoonlike beeping sounds when they wave hello with their mechanized arms.

Nurses and others say they get a kick out of being around the robots, which have been introduced as a pilot program on neurology, orthopaedic and surgical units.

"We love Moxi," said Melanie Barone, RN, associate nursing director. "I think it's important to have Moxi be 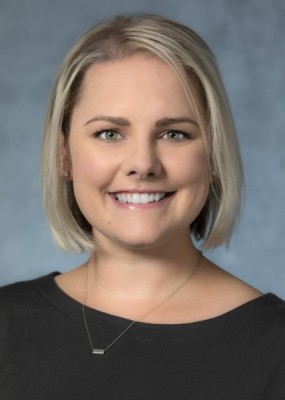 present because they not only provide an opportunity to improve workflows and be more efficient, but they're a fun thing to see around the halls. They feel very future forward."

The robots use artificial intelligence, machine learning technology and social engineering to interact with people. They can navigate doors with their arms and store goods in their bases, which contain three locked drawers.

As Easy as Using a Phone

Nurses can call or securely text to request Moxi robots through hospital-issued phones. Once a Moxi robot receives the request, it responds within five minutes with a status update and an estimated time of arrival. Within six weeks of the initial implementation in September, Moxi saved clinical teams nearly 300 miles of walking.

The robots work all hours, day and night. 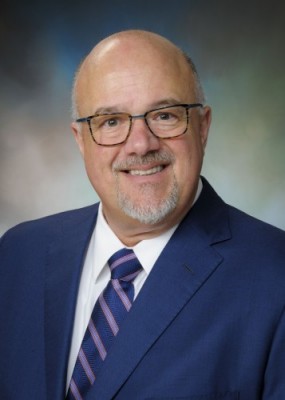 care of our patients," said David Marshall, JD, DNP, RN, senior vice president, chief nursing executive and chair of the Department of Nursing at Cedars-Sinai. "We've already seen a significant improvement on time and steps saved. We're tracking the turnaround times that Moxi takes to do a task, which is currently running less than 30 minutes, which is great."

The Moxi robots were designed and created by Diligent Robotics, a graduate of the Cedars-Sinai Accelerator, a three-month program that provides funding, mentorship and access to investors for promising health-tech startups.

“What we have seen is that nurses, especially during the pandemic, are working long hours and can spend an astonishing 30% of their time fetching and gathering supplies,” said Dr. Andrea Thomaz, co-founder of Diligent Robotics. “That’s a lot of time spent away from patients, so we designed Moxi to be the perfect teammate for nurses and healthcare workers."

While the robots have improved efficiency, they also are providing an unexpected emotional lift to staff.

"It's nice to say hi and see it wave and watch it keep going down the hallway no matter where you are," Barone said. "It's that little connection. Even though it's a robot you still get that feeling of, you're my friend, you're my helper. Let's work together."

Read more on the Cedars-Sinai Blog: Leading the Way in Innovative Robotic Technologies

Robots Help Nurses Get the Job Done–With Smiles and Beeps