New Recommendations for BRCA Testing: Should You Be Screened? 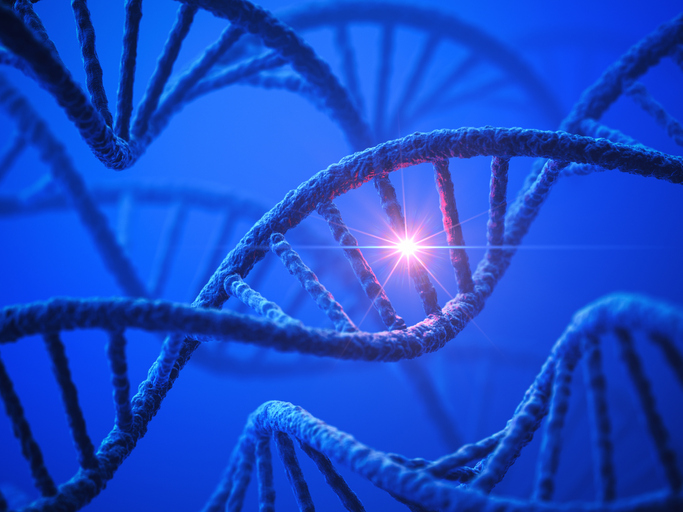 More women are being encouraged to undergo DNA screening, based on newly announced recommendations. Illustration by Getty.

Eager to learn about her family tree, Dorothy Pomerantz sent a saliva sample to an online testing company last summer. To her "utter shock," the results revealed that she has a gene mutation called BRCA1, which greatly increases her risk for breast and ovarian cancer.

Despite the challenges of dealing with the genetic information and its aftermath, she said she is grateful that she learned about the mutation before cancer struck.

"I was able to be proactive and take steps that will help me stay healthy for many years to come," said the journalist, 48, who subsequently underwent preventive surgeries to remove her breasts and ovaries.

More women than ever are being encouraged to undergo screening for BRCA gene mutations, based on newly announced U.S. Preventive Services Task Force recommendations. The task force, an independent, volunteer body of experts in primary and preventive medicine, recommended that two groups of women -- women of Ashkenazie Jewish descent and women who have been diagnosed with breast, ovarian or tubal cancer in the past and who have completed treatment -- should undergo a medical risk assessment to see if they should have genetic counseling. If indicated, counseling would be followed by genetic testing.

The previous task force recommendations, issued in 2013, called for screening only women who have a family history of breast, ovarian, tubal or peritoneal cancer.

But women who are of Ashkenazi Jewish heritage — meaning that their ancestors hailed from Poland, Russia, Hungary and other central or eastern European countries — are at significantly higher risk for breast and ovarian cancers than other women. About 1 in 40 Ashkenazi Jewish women inherits one of the BRCA mutations, which are responsible for about 5% to 10% of breast cancer cases and 15% of ovarian cancer cases. In the general population, BRCA1 and BRCA2 mutations occur in about 1 in 300 to 500 women, according to the task force.

Everyone is born with BRCA1 and BRCA2 genes, which typically help fight cancers. But some mutations in BRCA genes prevent them from working, according to the Centers for Disease Control and Prevention. Those who inherit either of the mutations are at higher risk not only for breast and ovarian cancers, but also prostate and pancreatic cancers. Not everyone who inherits a BRCA1 or BRCA2 mutation will get those cancers, though.

Critics of the new recommendations say they don't go far enough. They believe that all women should be tested for BRCA1 and BRCA2. Other health professionals take a more nuanced view.

"The U.S. healthcare system is not equipped to appropriately handle such a vast screening undertaking," said John E. Lee, MS, LCGC, program manager at the Genetic Counseling Clinic at Cedars-Sinai. "Still, I believe that everyone with newly diagnosed breast or ovarian cancer should get the screening to help guide their surgical and other treatment decisions."

He additionally recommends that every member of a family with a history of ovarian cancer, male breast cancer, rare cancers or cancer diagnoses at an early age should undergo genetic testing.

Several tests are available to detect harmful BRCA1 and BRCA2 gene mutations. Some look for a specific mutation that has already been identified in another family member. Others check for all of the known harmful mutations in both. Lee recommends that primary care doctors refer patients to a genetic counselor, who can help determine if family history and risk factors call for testing. Counselors can administer the test and properly interpret the results when they're in — they take about three weeks.

Genetic tests can be done in a primary-care doctor's office. The physician sends the patient's blood or saliva sample to a commercial laboratory or a research testing facility. DNA from the sample is used to test for mutations.

Consumers interested in online testing should make sure that those companies offer telephone counseling and provide clinical-grade testing. Be cautious, Lee said, of companies that don't offer counseling.

"Also, make sure that the companies look at the concerning aspects of the patient's family health history to determine if additional testing is recommended," Lee said.

The average cost of genetic testing, if you pay out of pocket, is about $250 but can be higher if multiple genes are analyzed. Genetic counseling often is covered by insurance, especially if there is a family history of BRCA-related cancers.

Genetic testing may sound like a worrisome endurance test, but many people who undergo it believe it's worth it. Pomerantz certainly does.

"On every step of this journey, I was aware of one glaring fact: All of this would have been infinitely more difficult if I had to do it while also fighting cancer," she said. "I believe that knowledge is power, and I'm glad I can read the story my genes have to tell."

To make an appointment with a Cedars-Sinai genetic counselor, call the scheduling department at 310-423-3696.

New Recommendations for BRCA Testing: Should You Be Screened?