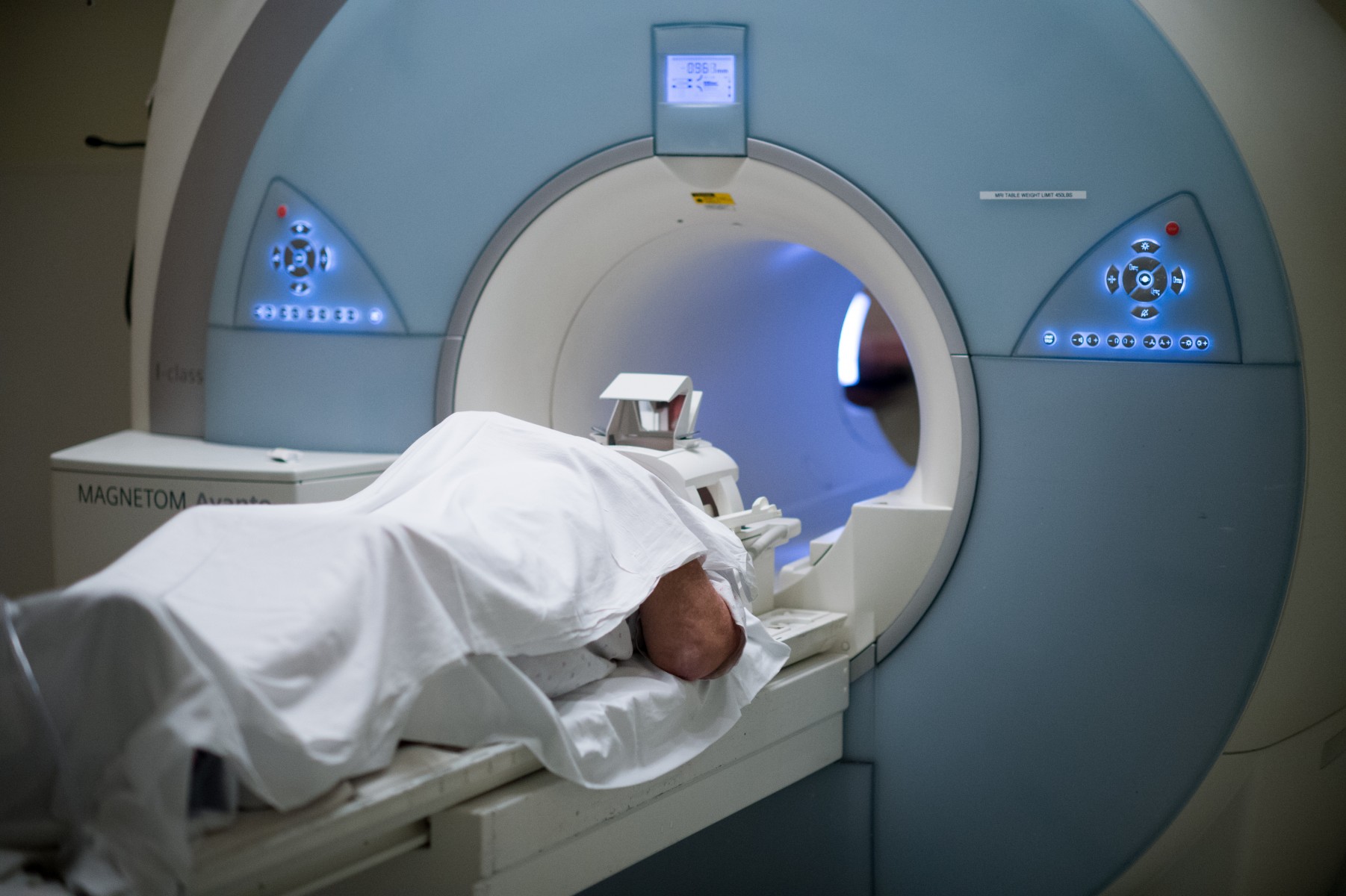 Magnetic Resonance Imaging. Courtesy of the National Institutes of Health.

A team of Cedars-Sinai investigators has developed a new technique for conducting cardiac magnetic resonance imaging (MRI) tests that improves patient comfort, shortens testing time and has the potential to increase diagnostic accuracy and reliability.

The new technique, dubbed MR Multitasking, is detailed in today's issue of Nature Biomedical Engineering and solves the problem many cardiologists face when using conventional methods to perform MRI scans: how to get a still image when a beating heart and blood flow can blur the picture.

"It is challenging to obtain good cardiac magnetic resonance images because the heart is beating incessantly, and the patient is breathing, so the motion makes the test vulnerable to errors," said Shlomo Melmed, MB, ChB, executive vice president of Academic Affairs and the dean of the Cedars-Sinai medical faculty. "By novel approaches to this longstanding problem, this research team has found a unique solution to improve cardiac care for patients around the world for years to come."

Currently, the standard approach is to ask patients undergoing cardiac MRI to hold their breath while images are being taken—but then each image must be timed precisely to a specific part of a heartbeat. Unfortunately, this method has proved difficult, unreliable and unsuitable for patients, especially those who have irregular heartbeats or breathing problems.

"By novel approaches to this longstanding problem, this research team has found a unique solution to improve cardiac care for patients around the world for years to come."

The investigators' solution: Rather than trying to avoid the motion caused by breathing and heartbeats, the investigators decided to embrace the movement, said Anthony G. Christodoulou, PhD, a research scientist in Cedars-Sinai's Biomedical Imaging Research Institute and the study's first author.

"Our solution is like making a video instead of a still image," Christodoulou said. "MR Multitasking continuously acquires image data and then, when the test is completed, the program separates out the overlapping sources of motion and other changes into multiple time dimensions."

The Nature Biomedical Engineering study shows that MR Multitasking was tested in 10 healthy volunteers and 10 cardiac patients and was found to be accurate, said Debiao Li, PhD, director of the Biomedical Research Institute and the primary investigator of the study. It also was more comfortable for patients, he said, because patients were no longer required to hold their breaths, and the team was able to complete three cardiac MRI tests in as little as 90 seconds—where current standard approaches would have taken many times as long.

"Now we collect all the data throughout the entire test and sort it afterwards," Li said. "We get full control after the test, as opposed to trying to control the body's natural movement during imaging."

Incorporating motion and time into the MR Multitasking analysis means that the images have six dimensions, Christodoulou said.

"If a picture is 2-D, then a video is 3-D because it adds the passage of time," Christodoulou said. "Our videos are 6-D because we can play them back four different ways: We can playback cardiac motion, respiratory motion and two different tissue processes that reveal cardiac health."

MR Multitasking is already in use at several medical centers in the U.S. and China, Li said. The team now is looking to expand MR Multitasking to patients with other diseases, like cancer.

"People have to breathe no matter what disease they have, so the ability to separate out the motion is important to many medical specialties," Li said.

The investigators' work was supported by grants from the National Institutes of Health, NIH 1R01HL124649 and NIH T32HL116273.