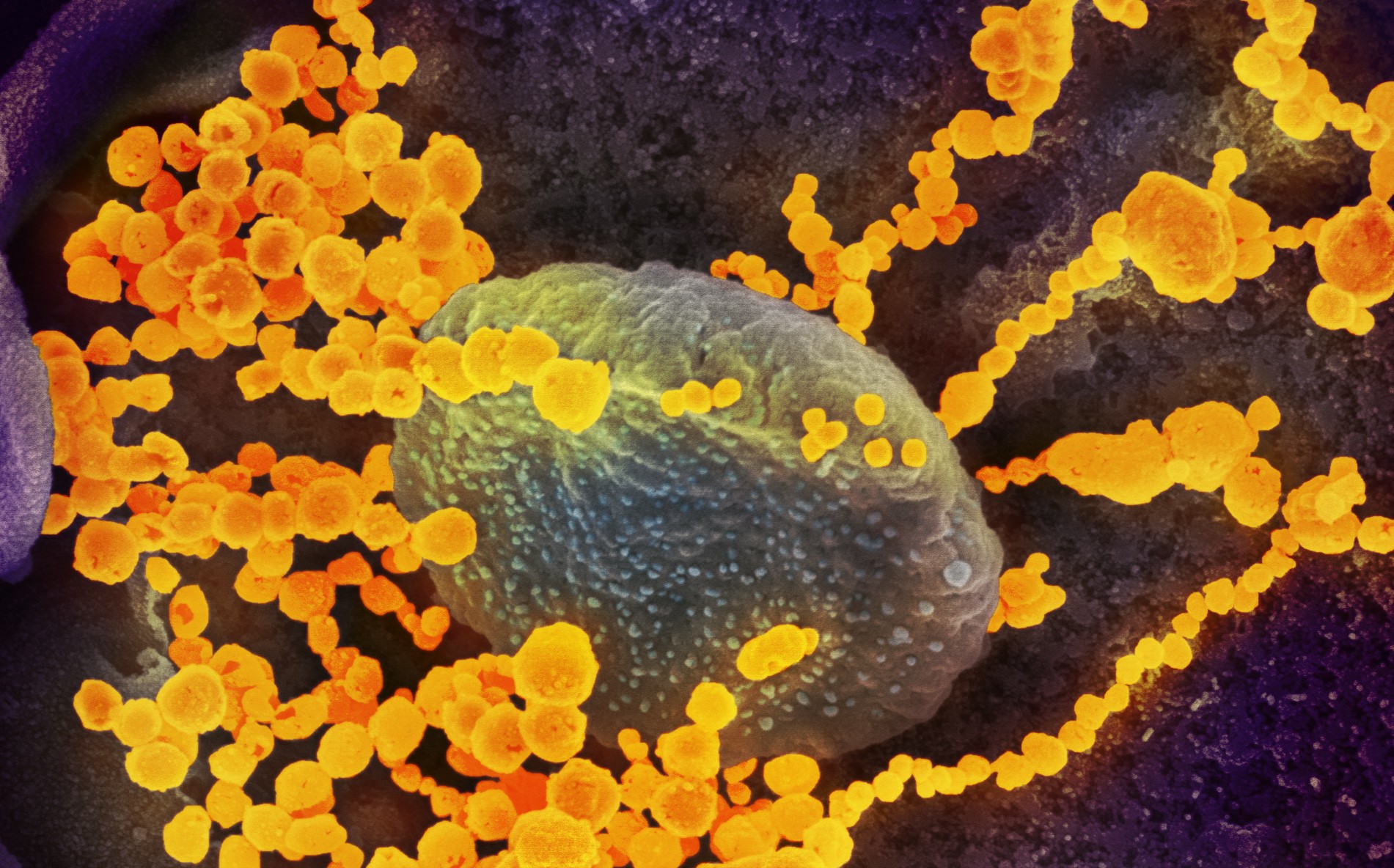 Vaccines are still effective against the Epsilon variant of SARS-COV-2. The original version of the virus is seen here under a microscope. Photo courtesy of National Institute of Allergy and Infectious Diseases.

KABC reporter Denise Dador recently spoke with Jasmine Plummer, PhD, research scientist in the Department of Biomedical Sciences at Cedars-Sinai, about the Epsilon variant of the virus that causes COVID-19, which she and her colleagues discovered during the local winter surge. At the time, this version of the virus was called the California variant, or B.1.429.

"It is the one that originated in Southern California, and that we discovered," Plummer told Dador. "Mechanistically, it's really important to understand these mutations."

The Epsilon variant is gaining a higher profile as cases of COVID-19 spike among the unvaccinated, driven in part by the widely spread Delta variant.

In the lab, the Epsilon version proved to be more infectious than previous variants, and researchers have discovered three changes in its spike proteins. One change was in the receptor binding domain, a fragment that helps the virus gain entry to host cells, Dador reported. This is the part of the virus targeted by vaccines, and the variation could make the Epsilon version up to 70% less vulnerable to the COVID-19 shot.

The other two changes to the spike proteins—in the N-terminal domain that antibodies bind to when fighting off infection—could make the Epsilon variant resistant to the antibodies an individual develops in response to COVID-19.

In real-world settings, however, vaccines still proved effective against the Epsilon variant. Plummer and other health experts have stressed that vaccination is key to driving down COVID-19 cases.

"Let's learn from the Epsilon variant," Plummer told Dador. "When we were able to get vaccinated, most of our cases were carrying this and we were able to kind of diminish it. So, the same could be true for Delta."

Click here to view the complete segment from KABC.

American Medical Association: Why Physician Wellbeing Is a Two-Way Street

The American Medical Association (AMA) recently interviewed Waguih W. IsHak, MD, vice chair of Education and Research in the Department of Psychiatry and Behavioral Neurosciences at Cedars-Sinai, about the warning signs of physician burnout and ways …
Read more