Going the Distance to Donate a Kidney to a Stranger 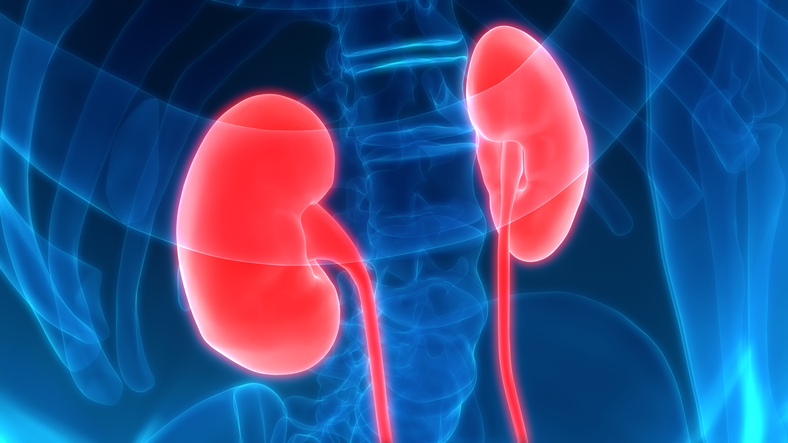 Cedars-Sinai is a leader in developing techniques that make organ donors and recipients more compatible. Image by Getty.

Beth Halsey says the decision to donate one of her organs to a perfect stranger had its beginnings in 2017, during her daily spiritual practice.

“Thoughts about donating a kidney kept coming to me while I was praying each day. At first, I just blew it off. There was no earthly reason why I would do that; I’d never even donated blood before,” said Halsey, who lives in rural Kentucky with her husband, a long-haul trucker. 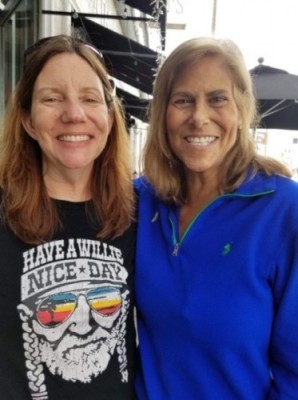 “I was being led by my faith and I didn’t want to ignore this sense of urgency,” said Halsey. “I’d hate to be at the end of my life with two kidneys and another person died because they needed just one.”

She decided to use the internet to learn all she could about organ donation and transplant. The research led her to the Matching Donors website, a non-profit organization that provides a platform where patients and potential donors can meet. Halsey registered and almost immediately emails from people in need of a kidney filled her In Box.

“I started to be overwhelmed by emails. There is such a need for donors. But I had a rare blood type,

AB+, and I quickly discovered I could donate to only a few people,” recalls Halsey.

But that fact did not deter Christine Galan, of New York, who was also on the donor website and was in dire need of a kidney transplant.

“I emailed 125 people on that registry,” recalls Galan who was looking to receive her third donated organ.

Galan’s own journey through organ transplantation began 21 years ago. In October, 1998, after years of debilitating auto immune disease that began when she was an active and energetic teenager, Galan’s liver was failing, and she had developed congestive heart failure.

“I was 36 years old and I was near death. My father had left my hospital room in Cedars-Sinai to go pray at the synagogue when we got the call that the organs of a deceased donor were available to me,” said Galan.

Within hours, Galan received the first ever heart-liver transplant at Cedars-Sinai.

For most of the next 20 years, Galan enjoyed good health and was very active. She moved back to New York and the former advertising professional began devoting nearly all her time to volunteer work for the Starlight Children’s Foundation, granting wishes to seriously ill children. She even ran the New York marathon just three years after her double transplant.

But by 2017, Galan’s kidneys were failing and she needed a a new one. None of her friends or family members were a match. Galan’s mother doubted she would survive on dialysis while enduring a long wait on the government’s transplant list managed by the United Network for Organ Sharing (UNOS), so they signed up on MatchingDonors.com. 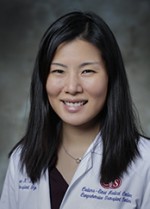 Imagine you’re told you have kidney failure and that there is a cure for it: a transplant. Great. But then you’re told you will probably have to wait 8 to 10 years before you get your new kidney. It’s so hard.

“It’s devastating,” says Irene K. Kim, MD, surgical director of Kidney Transplantation at Cedars-Sinai. “Imagine you’re told you have kidney failure and that there is a cure for it: a transplant. Great. But then you’re told you will probably have to wait 8 to 10 years before you get your new kidney. It’s so hard.”

The number of donors and transplants performed in the U.S. are at an all-time high, according to UNOS. But nearly 114,000 people are currently on the waiting list for a life-saving transplant and on average 20 people die each day waiting for a donor.

Galan emailed Halsey repeatedly, even though Galen's B+ blood type was incompatible with Halsey's AB+ type. Undeterred, Galan convinced her that Cedars-Sinai could overcome that obstacle and Halsey began the initial testing and screening in Kentucky.

ABO blood type incompatibility used to be a deal breaker for transplant patients looking for a match. But those patients can benefit from drug protocols developed to tame a recipient’s immune system armed with super vigilant antibodies so they would not reject a donor organ.

Transplant researchers at Cedars-Sinai - led by Stanley C. Jordan, MD -- have been at the forefront of developing those new therapies to reduce antibodies and enable physicians to better match donors and recipients.

“We found the desensitization protocols that were developed to help a donated organ survive an antibody attack also worked for these patients, making them more compatible with their donors no matter their blood type,” says Jordan, medical director of the Kidney Transplant Program and the Human Leukocyte Antigen and Transplant Immunology Laboratory.

On January 22nd of this year, Beth Halsey’s kidney was successfully transplanted in Christin Galan at Cedars-Sinai. Both women are doing well and back at their respective homes in New York and Kentucky, with plans to see each other again later this year.

“It was life changing. I have so much energy now. A working kidney makes a huge difference,” said Galan, 56, whose husband, parents and sister have gotten to know Halsey very well. “Beth and I are like sisters now, we talk all the time; she is my family and I am beyond grateful.”

Halsey, 50, who has lost both of her parents and a sister, says her entire life has been enriched by being an organ donor.

“It’s a gift I did not expect. I lost an organ and gained a whole new family,” she said. “I set out on this journey to try and bless someone, and I am more blessed; I have gained so much.”

Going the Distance to Donate a Kidney to a Stranger