Joel Geiderman, MD, Reflects on Four Decades in the Specialty That Was Officially Established in 1979 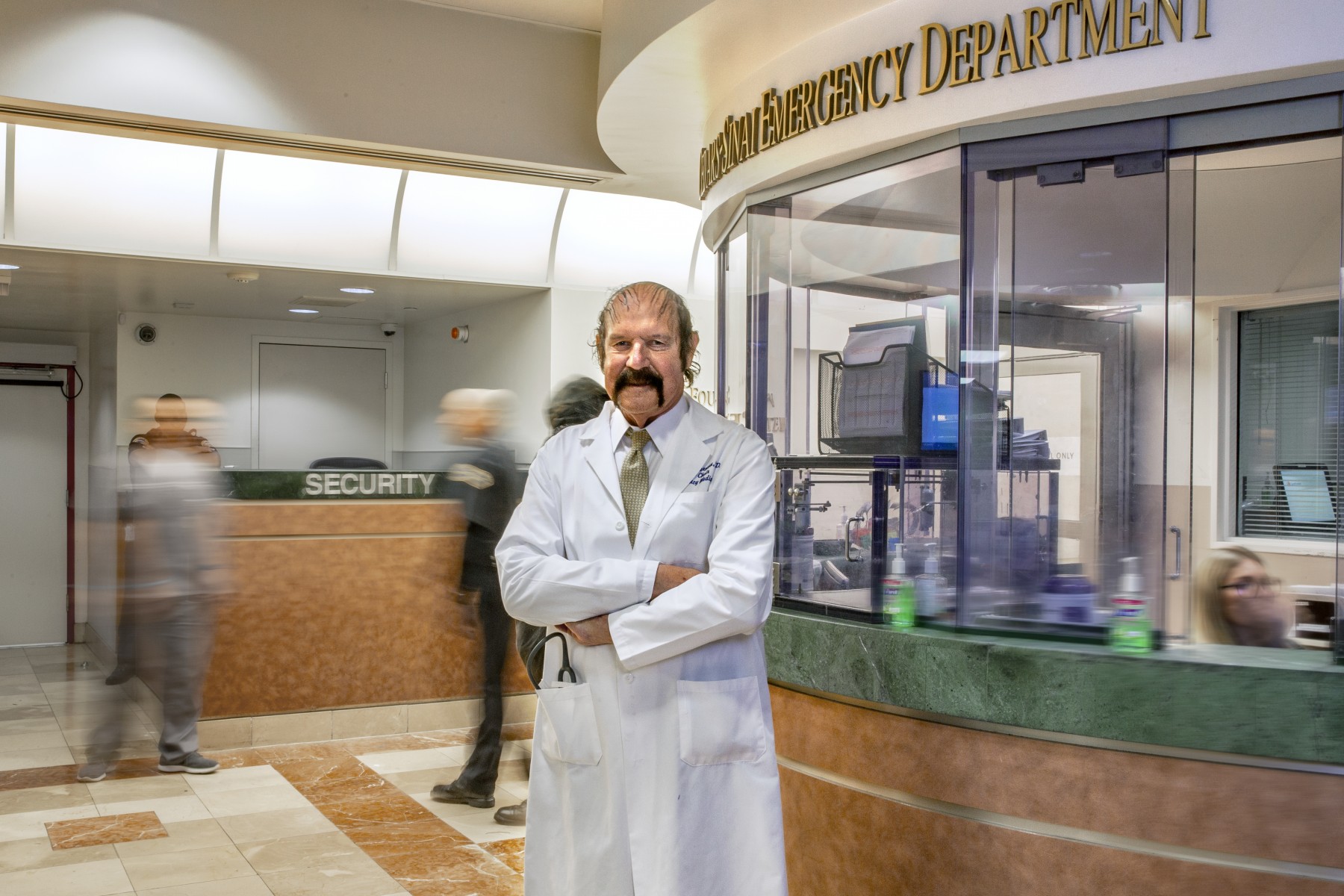 Joel Geiderman, MD, has worked in emergency medicine since it was officially designated as a specialty. Photo by Cedars-Sinai.

In 1976, Joel Geiderman, MD, graduated from the University of Illinois College of Medicine and decided he would take a leap of faith and specialize in a new area of medicine: emergency medicine.

Geiderman's choice was unique at the time. It wasn't until a historic vote in 1979 that the American Board of Medical Specialties officially established emergency medicine as a distinct area of patient care.

After his residency at Northwestern University Hospital, Geiderman joined Cedars-Sinai as a staff physician in what is now the Ruth and Harry Roman Emergency Department. And today, 40 years later, Geiderman is co-chair of the department and says his career path parallels the advances in emergency medicine.

"As a discipline, the field of emergency medicine has become more sophisticated and patient needs have become far more complex," said Geiderman, also a professor of Emergency Medicine at Cedars-Sinai.

At the beginning of his career, emergency rooms commonly were staffed by doctors in training in other fields who called in specialists for most cases. "A lot of mistakes were made back then," he says. Today, specialists may be called to provide consultation, but emergency medicine specialists like Geiderman are trained and equipped to stabilize patients who have experienced trauma, a heart attack, a stroke, seizures or the sudden onset of other worrisome symptoms.

"When I began at Cedars-Sinai, our emergency department would see about 50-75 patients a day with eight doctors," Geiderman said. "Now, we see up to 300 patients each day and have a team of more than 40 doctors."

The team consists of emergency physicians, physician assistants', nurses, pharmacists and many other healthcare professionals who give immediate care to trauma and emergency patients. At least 15 paramedic squads deliver their patients to Cedars-Sinai.

Another notable change is that when Geiderman first joined the medical center, there were no full-body imaging techniques to rule out life-threatening diseases as well as other treatable conditions, like appendicitis or gallstones. And, for patients in need of emergency cardiac care for a heart attack, all physicians could do was admit the patient for observation, monitor their condition and take a wait-and-see approach.

Today, many cardiac patients treated at Cedars-Sinai benefit from advances like angioplasty, new medications and CT angiography that can help pinpoint the cause of heart disease.

"Fueled by Joel's passion, our team has grown not only in size, but in expertise," said Sam Torbati, MD, co-chair and medical director of the Ruth and Harry Roman Emergency Department. "He has an unwavering passion for providing exceptional patient care at a time when patients and their family members often are anxious and scared. We are tremendously fortunate to have benefited from Joel's leadership and guidance the last 40 years."

In fact, patients treated at Cedars-Sinai are on average much sicker than patients treated elsewhere in the nation, with 31% needing admission to an inpatient unit. Geiderman says that's in large part due to the specialty care offered, as well as the fact that the medical center is a Level 1 trauma center, a nationally recognized leader in heart care and other specialties, a nationally recognized stroke center and offers services such as an on-site laboratory. "I could never have achieved what I have in my career without the tremendous support of my physician colleagues, the board and the Cedars-Sinai administrators," he adds. "It is the fulfillment of a dream."

The son of Holocaust survivors, Geiderman was appointed by U.S. President George W. Bush to serve as vice chair of the United States Holocaust Memorial Council from 2005 to 2010. Geiderman also completed the maximum eight-year term on the board of directors of the American Board of Emergency Medicine. He also has served as chair of the ethics committee for the 40,000-member American College of Emergency Physicians. Currently, he is medical director for the Beverly Hills Fire Department, providing quality oversight for paramedics as well as education and protocol guidance. He has four children along with his late wife, actress Roya Megnot Geiderman, who died of a brain tumor in 2009.

"Emergency medicine is a rewarding field, and it has been a remarkable experience to have been involved from the very beginning," said Geiderman. "And I feel even more fortunate to live in the same community in which I practice medicine. I know the patients who come through our doors as neighbors, friends, from my kids' schools, Cedars-Sinai employees, my synagogue and elsewhere in the community. It brings me great joy and pleasure to help them heal and restore."

Read more on the Cedars-Sinai blog: Never Too Young to Have a Stroke: Dan Ortiz's Story

People in love often say two hearts beat as one, and the hearts of Tom and Therese Mazzei are definitely in sync. When 59-year-old Tom Mazzei traveled from Guam to the Smidt Heart Institute at …
Read more

Like every nurse at the Ruth and Harry Roman Emergency Department at Cedars-Sinai, Hannah Jaruszewski, RN, is skilled at treating patients–from starting an IV and assisting during an emergency …
Read more

A new study shows that the vast majority of patients who visited the Ruth and Harry Roman Emergency Department at Cedars-Sinai with suspected COVID-19 (novel coronavirus) symptoms, and who were …
Read more