Every day, there are news stories about climate change and our planet. Science tells us that climate change is resulting in rising seas, catastrophic weather, droughts and harm to wildlife. As healthcare professionals, we wanted to share what effects climate change might be having on your health.

Leading up to Earth Day on April 22, we are posting a weekly story and video that investigate the various ways climate change is impacting our bodies. This week's topic: Congenital Heart Disease and Climate Change. 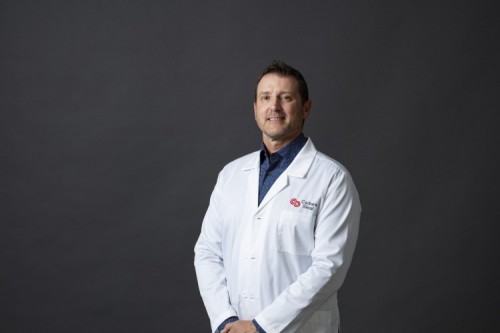 With global temperatures on the rise, medical investigators are taking a deeper look at the potential link between climate change and the rise of congenital heart disease—the most common birth defect, affecting some 40,000 children born every year in the U.S.

"The medical community has known for some time that extreme heat can cause health-related issues for pregnant women and their unborn babies," said Evan Zahn, MD, director of the Guerin Family Congenital Heart Program in the Smidt Heart Institute at Cedars-Sinai. "But now, scientists suggest maternal heat exposure in early pregnancy, roughly three to eight weeks gestation, may be leading to an uptick in babies born with congenital heart disease."

Rising global temperatures may result in as many as 7,000 additional infants born with congenital heart disease in the years between 2025 and 2035, in eight representative states (Arkansas, Texas, California, Iowa, North Carolina, Georgia, New York and Utah), according to research published in the Journal of the American Heart Association, the open access journal of the American Heart Association/American Stroke Association.

The reason, research suggests, is that maternal heat exposure during early pregnancy causes fetal cell death or interferes with protein synthesis. In the same study, scientists revealed an elevated risk based on congenital heart disease subtypes in spring and in regions with larger temperature variations.

"I interpret this study to mean that it's not extreme heat events that can cause problems, but rather longer-term, regular exposure to ever-increasing warmer climates than a pregnant mother's body may be used to," said Zahn.

But a clear understanding as to why this cell death happens isn't clear. Zahn says more research is needed to fully understand the effects of climate change on pregnant women.

"This is a new area of research that requires additional studies and validation," said Zahn. "A lot remains to be learned in this area, so we certainly don't want pregnant women to be overly concerned at this point."

However, Zahn says the good news is that weather-related risk factors are controllable and preventable.

"With this new knowledge, physicians can better counsel women on simple prevention tips, as needed," said Zahn. "This might include common sense things like limiting time outdoors during hot weather early during pregnancy and encouraging liberal use of air conditioning."

Congenital heart disease is the most common birth defect worldwide and describes a wide range of heart defects that babies can be born with. Complexities can range from conditions such as a valve not working properly to a child missing a chamber of their heart. However, the majority of all congenital heart diseases are treatable today by transcatheter and oftentimes by minimally invasive procedures.

"Over the course of my career, I have worked to improve outcomes and treatment options for patients with congenital heart disease," said Zahn. "It's difficult knowing climate change is potentially impacting the heart health of babies, but I know the medical community is dedicated to finding the answers."

The 2022 Annual Report from the Smidt Heart Institute at Cedars-Sinai is available now, detailing the latest research and medical achievements by the expert team ranked No. 1 for cardiology and cardiac surgery in California by U.S. News & World …
Read more