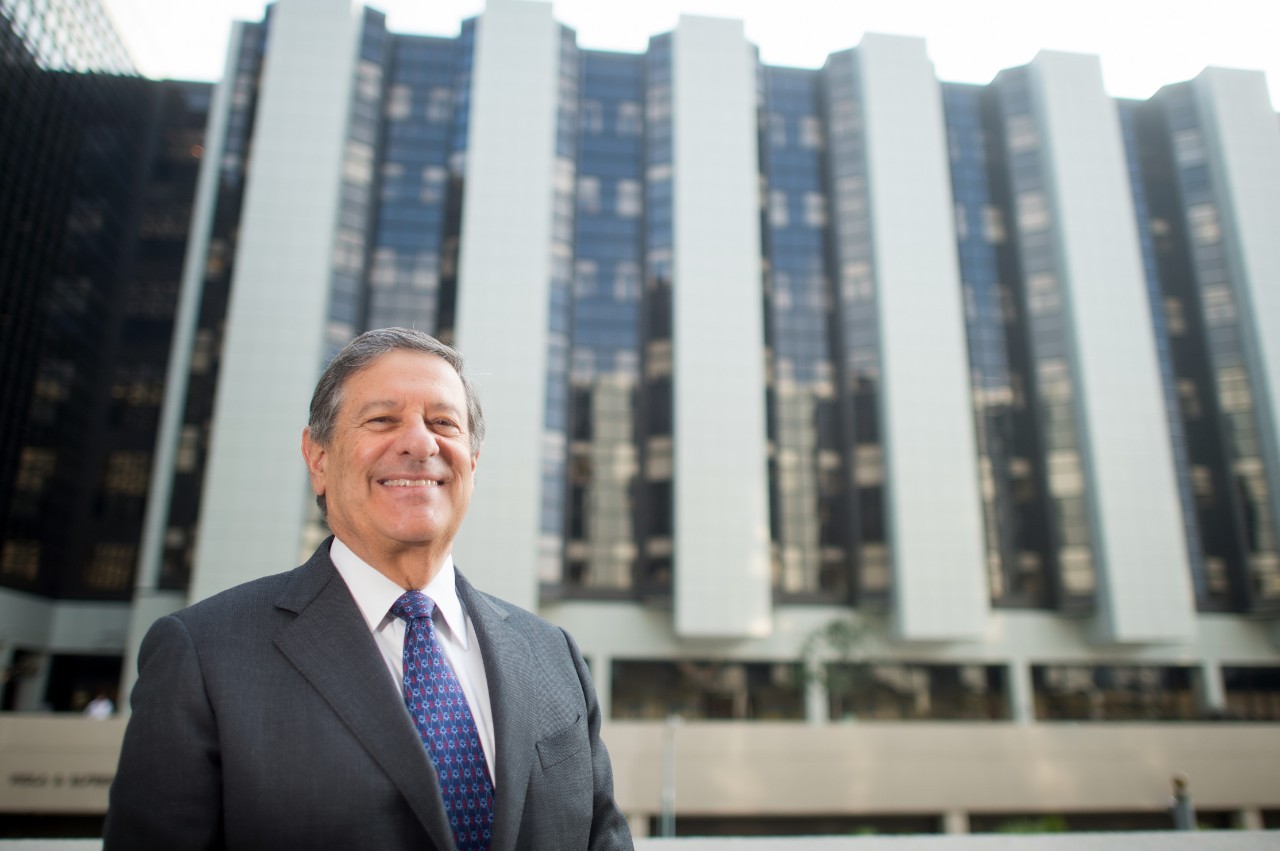 Shlomo Melmed, MB, ChB, is being honored for his endocrinology research by the European Society of Endocrinology (ESE) and the Endocrine Society. Photo by Cedars-Sinai.

Shlomo Melmed, MB, ChB, a world-renowned leader in pituitary medicine, was named the inaugural recipient of the Transatlantic Alliance Award by the European Society of Endocrinology (ESE) and the Endocrine Society for his pioneering research in pituitary medicine and endocrine tumors.

The inaugural joint award recognizes an international leader who has made significant advancements in endocrine research in Europe and the United States.

Melmed, the executive vice president of Academic Affairs and dean of the Medical Faculty at Cedars-Sinai, has pioneered the discovery and application of novel treatments for endocrine tumors. In his National Institutes of Health-funded laboratory, he investigates molecular mechanisms and new treatments for pituitary tumors and related hormonal disorders.

“I am truly humbled to be chosen as the inaugural recipient of this international award,” said Melmed. “For me, this award celebrates all of our Cedars-Sinai physicians and scientists who are working tirelessly to find better ways to treat debilitating chronic diseases.”

Melmed, who also holds the Helene A. and Philip E. Hixon Distinguished Chair in Investigative Medicine at Cedars-Sinai, has authored more than 350 articles in prestigious peer-reviewed journals. These journal articles include a recent paper in Cell Reports that provides important clues on how local non-pituitary growth hormone is activated in aging colon tissue and initiates the first steps in tumor development.

As a gifted educator, Melmed has also trained more than 80 physicians, scientists and graduate students. He plays a major role in leading the growth of research and educational programs at Cedars-Sinai, which is now one of the nation’s top-tier non-university academic medical centers.

“Dr. Melmed’s distinguished career has set a high bar for endocrine researchers on both sides of the Atlantic,” said Endocrine Society President Carol Wysham, MD, clinical professor of medicine at the University of Washington in a press release. “We and our partners at ESE are proud to be recognizing a worldwide leader who is advancing our field.”

As part of his recognition, Melmed will give a plenary address, Growth Hormone: An Adult Endocrine Misnomer, at the forthcoming European Society of Endocrinology’s 24th European Congress of Endocrinology in Milan, Italy. He will also speak at the Endocrine Society’s annual meeting, ENDO 2022, which will be held in Atlanta, Georgia, in June.

A team from the Smidt Heart Institute and Division of Artificial Intelligence in Medicine at Cedars-Sinai will establish a new program to develop data tools that will help predict which patients could experience heart attacks, heart failure and …
Read more