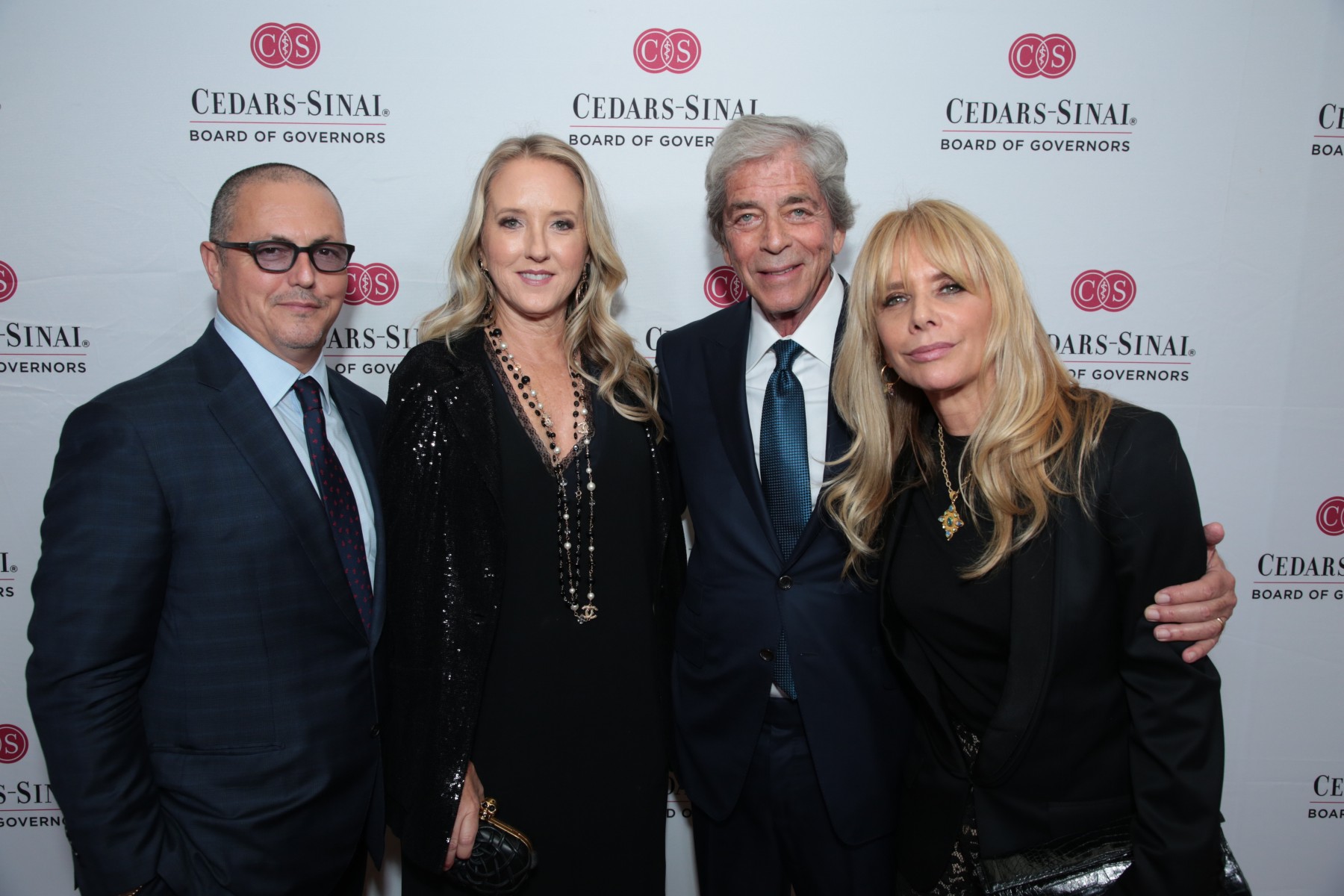 Bert Salke, Jennifer Salke, Todd Morgan and Rosanna Arquette at the Cedars-Sinai Board of Governors Dinner at the Beverly Hilton Hotel. Photo by Cedars-Sinai.

Thursday evening, hundreds of leaders in entertainment, business, healthcare and philanthropy came together for the 2018 Cedars-Sinai Board of Governors Gala. The event raised nearly $1.6 million for the Cedars-Sinai Board of Governors Regenerative Medicine Institute (RMI), led by Clive Svendsen, PhD, internationally recognized for his use of stem cell technology in an effort to create new treatments for diseases such as ALS, Alzheimer’s disease, Parkinson’s disease, macular degeneration, Crohn’s disease, and diabetes.

Founder, Chairman & CEO of Bel Air Investment Advisors Todd Morgan was honored with the Philanthropic Leadership Award, which was presented by his wife, actress and Honorary Gala Chair Rosanna Arquette.

During Morgan’s acceptance speech, he spoke movingly about his brother Tommy, who battled heart failure during a month-long hospital stay and is now recovered. “My brother was on the brink many times, but those Cedars doctors and nurses never gave up. I’ll remember them as long as I live.”

“Dr. Svendsen’s work with stem cell technology is mind blowing,” said Jennifer Salke. “They are ahead in treating some of the most common and debilitating diseases.”

The evening featured a heartfelt acoustic set by seven-time Grammy Award winner John Mayer, which included New Light, Daughters and Waiting On The World To Change.

Guests also enjoyed a spirited live auction, which featured a special getaway to an away game with the Los Angeles Rams, a spot to play in the 2019 Genesis Open with a PGA pro, and a five-course culinary experience with a talented group of celebrity chefs.

The Cedars-Sinai Board of Governors (BOG) is an energetic community of philanthropic leaders who are helping define the future of healthcare. Established by the Board of Directors in 1971, the BOG has become the primary fundraising and leadership group at Cedars-Sinai.