Breast Cancer Awareness Is for Men, Too 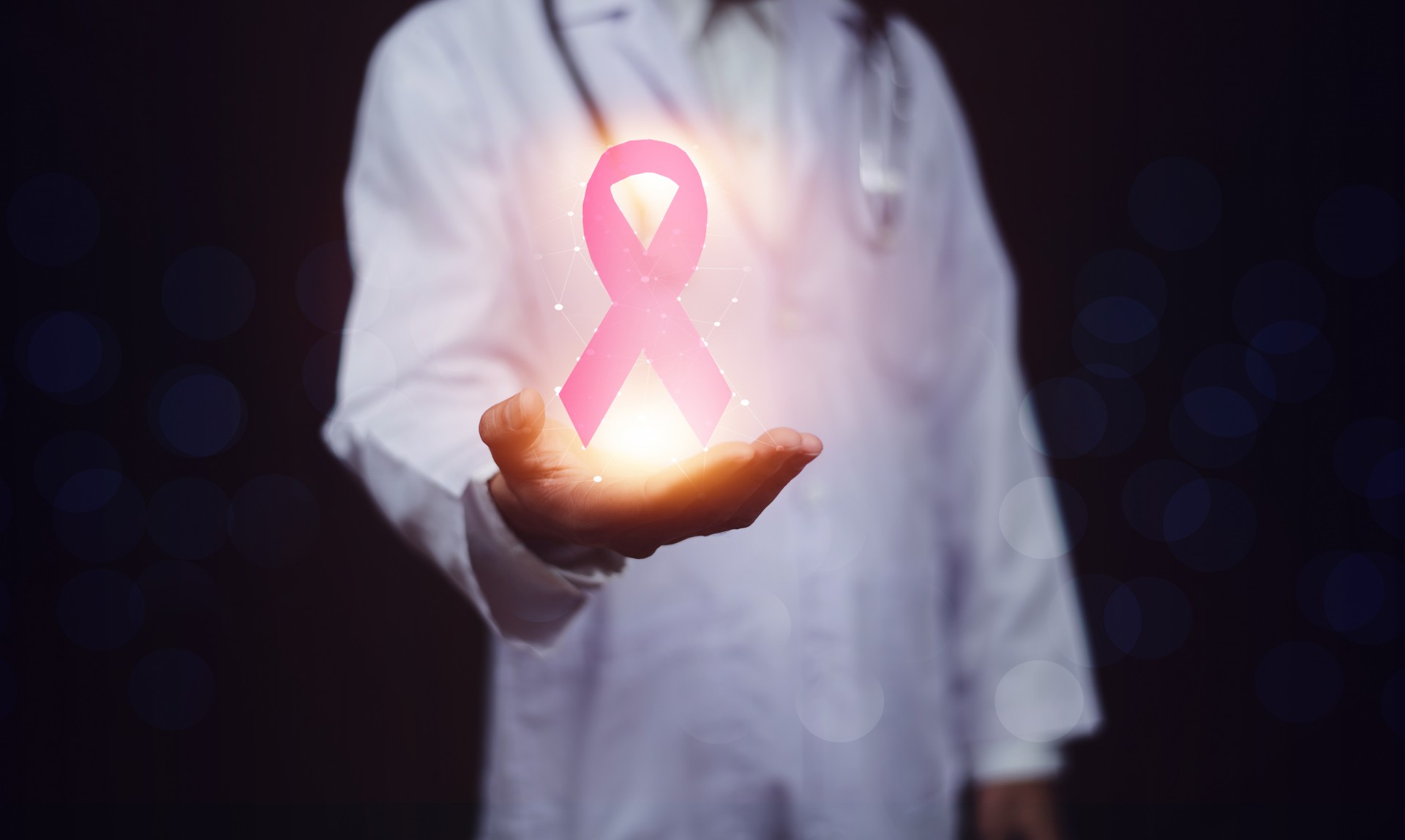 Cedars-Sinai Cancer experts caution that one in every 100 breast cancers in the US is diagnosed in a man. Illustration by Getty.
Visual screen Ribbon on hand.Breast cancer awareness, abdominal cancer awareness background, world cancer day

Although breast cancer is more common in women, during October, Breast Cancer Awareness Month, experts from Cedars-Sinai Cancer are reminding men that they are at risk as well. One in every 100 breast cancers in the U.S. is diagnosed in a man, according to the Centers for Disease Control and Prevention.

“Some people have damage to their DNA—their hereditary genetic material—that makes them more likely to get cancer,” said Dan Theodorescu, MD, PhD, director of Cedars-Sinai Cancer and the PHASE ONE Distinguished Chair. “As genetic sequencing of patients with cancer becomes more common, we are discovering an increasing number of patients with this hereditary genetic damage, so our genetic counselors are an important part of the Cedars-Sinai Cancer team.”

Both men and women should be aware of their family history of breast cancer, said John Lee, associate director of the Genetic Counseling Program at Cedars-Sinai Cancer. And check both sides of the family, Lee said, because mutations in the BRCA1 and BRCA2 genes that increase risk for breast cancer can be passed from the mother or the father—or both.

Lee recently sat down with the Cedars-Sinai Newsroom to share additional breast cancer awareness tips for men in the hope of diagnosing more of these cancers at early stages, when they are most treatable.

Newsroom: What factors increase a man’s risk of developing breast cancer?
Lee: The first is family history on either side. There’s a misconception that breast cancer can't be inherited from the father’s side. That's absolutely not true. You inherit half your genes from your mother, half your genes from your father, and for cancer-related genes, they are really quite equal.

Other risk factors include age—as most male breast cancers are diagnosed in those over age 60—as well as obesity and certain medical conditions. Those include liver disease and testicular disease.

Newsroom: Why do you think many of these men fail to come in for genetic testing?
Lee: First, they aren’t always referred for testing because a lot of healthcare providers hold an outdated view that family history of breast cancer only matters for women. Second, most people think genes like BRCA1 and BRCA2 only affect female risk. The risk of cancer for BRCA-positive females is much higher than the risk for BRCA-positive males, but the risk still exists. There is also a stigma surrounding testing for men. Even when providers refer high-risk male patients, many of those patients never schedule appointments, and among those who do come in for a consultation, some opt to forgo testing.

Newsroom: How does being BRCA1 or BRCA2 positive affect a man’s risk of developing breast cancer?
Lee: Being BRCA2 positive raises a man’s risk of developing breast cancer from 0.1% to approximately 7%. When you look at absolute numbers, I can see why some people dismiss it, because it isn’t nearly as large an increase as the risk for women, which rises from 13% in the general population to as much as 70% for BRCA-positive women. But being BRCA positive also increases a man’s risk for developing prostate and pancreatic cancer. Another factor is that BRCA-positive men can pass that gene on to their children. And I think that's important for them to know as well.

Newsroom: What are the breast cancer screening recommendations for BRCA-positive men?
Lee: We recommend annual clinical breast exams starting at age 35. We also recommend evaluation for gynecomastia, which often means a man has enough breast tissue to make routine mammograms feasible. We also recommend general breast self-awareness—being familiar with their breasts and watching for signs such as a lump or any sort of nipple discharge—for both men and women.

Breast Cancer Awareness Is for Men, Too