After Aduhelm: Alzheimer’s Disease Treatments on the Horizon 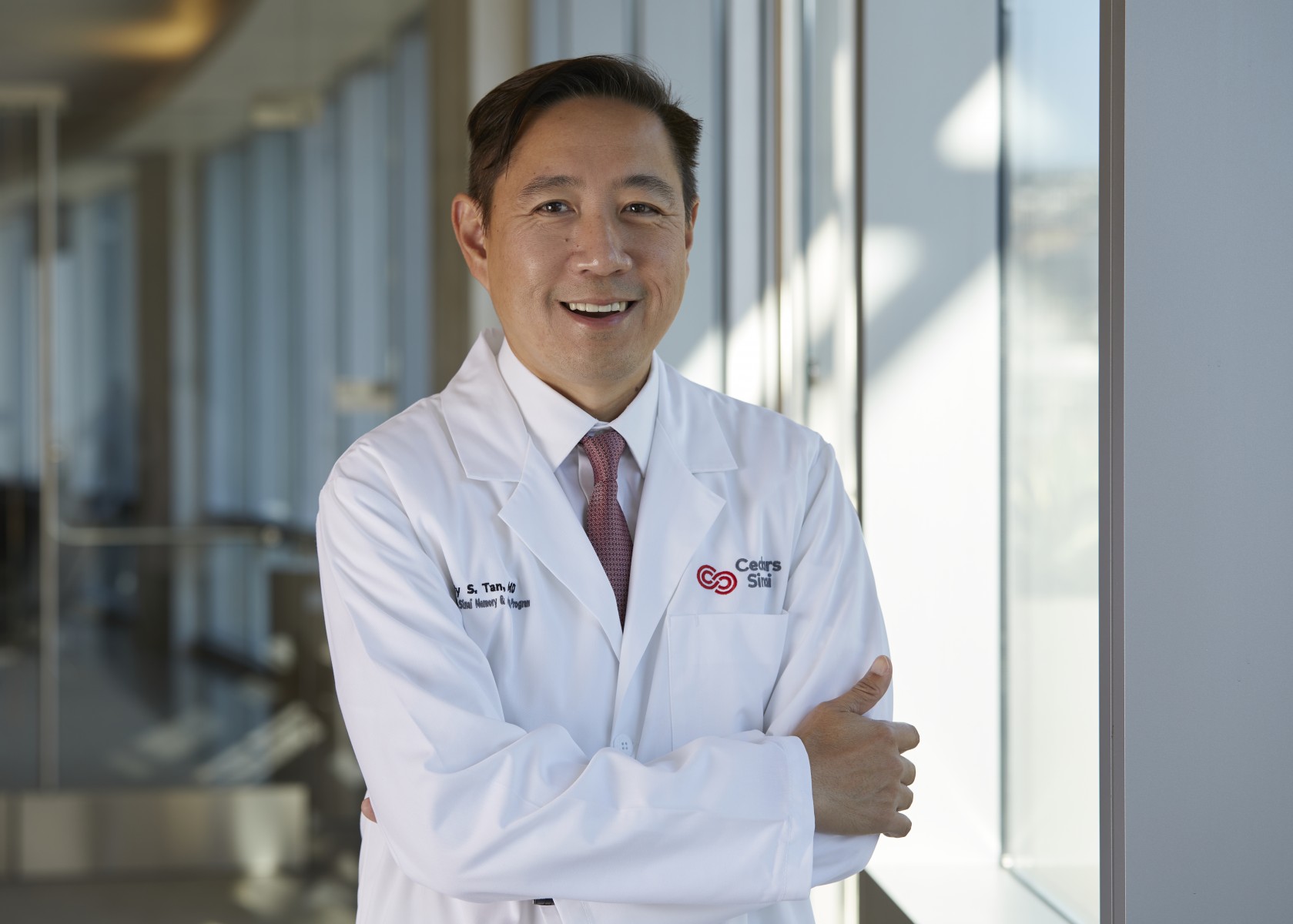 Medicare officials recently issued a preliminary decision stating that the federal health insurance program for older Americans will cover Aduhelm, the first new drug approved by the Food and Drug Administration (FDA) to treat Alzheimer’s disease since 2003, but  only for patients participating in clinical trials.

Experts in the Cedars-Sinai Departments of Neurology and Neurosurgery have been monitoring  Aduhelm, developments which could affect coverage of similar therapies now in clinical trials. Simultaneously, they are advancing Cedars-Sinai-led research in noninvasive diagnostic tools for the disease.

Treatments for Alzheimer’s disease—a condition affecting more than 5 million Americans—have been slow to progress. But in mid-2021, the FDA approved aducanumab—marketed under the brand name Aduhelm.

The majority of Alzheimer’s patients are on Medicare, and with private insurers likely to follow Medicare's lead, if the preliminary decision is finalized in April, it will put the drug out of reach for most patients, said Zaldy Tan, MD, MPH, medical director of the Jona Goldrich Center for Alzheimer’s and Memory Disorders in the Department of Neurology.

The once-a-month intravenous infusion is intended to slow cognitive decline in patients in the early stages of the disease by eliminating the amyloid plaque that accumulates in the brain in Alzheimer’s patients. However, studies have not found that eliminating the plaque in the brain reverses cognitive and functional impairment or preserves brain function. Additional questions remain about the treatment’s side effects—including swelling and bleeding in the brain— safety and effectiveness as well as how much of the cost will be shouldered by patients and their families.

The FDA approval, however, spurred momentum in the field, bringing attention to two new therapies—lecanemab and donanemab.

“These two up-and-coming medications are ‘cousins’ of aducanumab because all three drugs target amyloid plaques that form in the spaces between brain cells and are thought to play a central role in Alzheimer’s disease,” Tan said. “What we don’t know yet is whether these new drugs will cause fewer side effects, or whether they will be more effective than aducanumab.”

Tan, the Carmen and Louis Warschaw Endowed Chair in Neurology, noted that anti-amyloid therapies may improve Alzheimer’s symptoms—including memory loss, poor judgment and confusion—by up to 30%, but that it isn’t clear whether these improvements will last if treatment is discontinued. “Further, not all patients will respond to these therapies,” he said.

Because of this, Tan believes anti-amyloid therapies will likely be combined with therapies targeting other proteins associated with Alzheimer’s disease. Among them is tau, a protein that helps stabilize and nourish cells in the healthy brain. In patients with Alzheimer’s disease, tau can collapse into “tangles” that eventually starve brain cells. Tan noted that two drugs targeting tau—semorinemab and tilavonemab—are currently in Phase II clinical trials.

“It may be that, years from now, patients will get a blood test or brain scan for several proteins associated with Alzheimer’s disease and receive a combination of drugs tailored to their individual needs,” Tan said. “This personalized approach is similar to how we currently treat cardiovascular disease, cancer, and HIV/AIDS.”

Meanwhile, determining which patients will benefit most from these new therapies will be essential, said Keith Black, MD, chair of the Department of Neurosurgery and professor of Neurosurgery.

“The only way to screen patients now is with a PET (positron emission tomography) scan,” said Black, the Ruth and Lawrence Harvey Chair in Neuroscience. The imaging test involves injecting a radioactive isotope into patients. Availability of the test is limited, and it costs thousands of dollars.

“There isn’t the bandwidth to administer PET scans to all the patients who would need to be screened,” said Black, “so there is a tremendous need right now for other ways to screen these patients.”

To that end, Maya Koronyo-Hamaoui, PhD, professor of Neurosurgery and Biomedical Sciences and research scientist at the Maxine Dunitz Neurosurgical Institute, has been working with her team on a series of studies.

The team of investigators demonstrated that a substance called curcumin, a bright yellow chemical found in the spice turmeric, can be given orally to patients to make amyloid plaques more visible in the brain, and also in the retina, the layer of tissue at the back of the eye, which is easily viewed through the pupil and provides a window into the brain.

Most recently, in a study published in the November issue of the peer-reviewed journal Cells, Koronyo, Black, and colleagues used retinal imaging to look at amyloid plaques through patients’ eyes, and also looked at vascular changes in the brain, which are known to accelerate Alzheimer’s dementia.

“Noninvasive retinal imaging is an appealing way to look at Alzheimer’s disease,” said Koronyo. “And when we combined these two parameters, amyloid burden and vascular changes, we found a strong association with symptoms including deficits in verbal memory and cognitive-related quality of life.”

The next step in the retinal research is a larger, multicenter clinical study being planned now. Black said that retinal imaging could eventually be used to screen patients for Alzheimer’s disease or to determine which patients need further testing. Combined with blood tests for additional proteins that are found in Alzheimer’s patients, retinal imaging could further improve physicians’ ability to determine which patients are at risk of progressing to serious disease.

“What we've shown with this study is that looking at the retina gives us direct access to the central nervous system,” said Black. “And now we can look at it in a more sophisticated way than we did in the past, not only looking at one of the key pathological hallmarks of Alzheimer’s disease, the amyloid plaque, but also correlating that with changes in the blood vessels in the brain, which gives us much higher sensitivity.”

Read more on the Cedars-Sinai Blog: The Alzheimer’s Maze

What to Know About the Recently Approved Alzheimer’s Drug

Cedars-Sinai neuroscientists, using data from human brain tissue, have created ultrarealistic computational models of epileptic brain circuits, allowing them to probe the cause and effect of genetic and other factors and suggesting new therapeutic …
Read more

After Aduhelm: Alzheimer’s Disease Treatments on the Horizon