On Top of Their Game

Parkinson's disease notoriously robs the body of its ability to move. Some patients can no longer walk, and many feel ‘frozen' in their bodies. The five men and women portrayed in these pages slowed the excruciating creep of the disease in the most challenging way possible: They decided to move more — and with more determination — than ever before.

Tremors, slow movement, and rigidity are among the leading signs of Parkinson's disease. People usually do not start moving more fluidly — with grace, speed, and force — after receiving this diagnosis.

But that is what happened when five individuals decided to fight this progressive disease by doubling down on their passion for athletics.

"What these patients are doing is remarkable and inspiring," says their neurologist, Michele Tagliati, MD, director of the Cedars-Sinai Movement Disorders Program. "They used their diagnosis as an opportunity to take charge of their lives. They are champions."

Now, 200 years after James Parkinson first described the condition, studies are beginning to document the benefits of exercise that Tagliati is seeing in the clinic. A growing body of research suggests that exercise may improve brain plasticity by repairing damaged circuitry that underlies motor and cognitive impairment in Parkinson's patients.

"We still have a lot to learn, but we see that vigorous exercise seems to alleviate symptoms and slow progression of the disease for a number of Parkinson's patients," says Tagliati, one of the nation's leading investigators and treatment specialists for Parkinson's and other movement disorders. "We're now treating this disease earlier and more aggressively with a variety of medications so patients can move as freely as possible."

Read on to see how five men and women are redefining what it means to live with Parkinson’s by practicing and excelling at the sports they love: 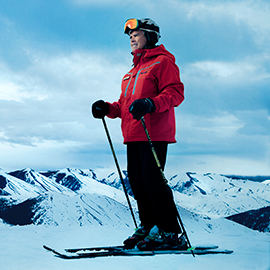 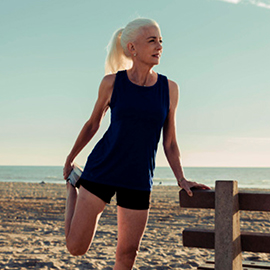 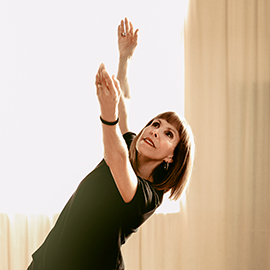 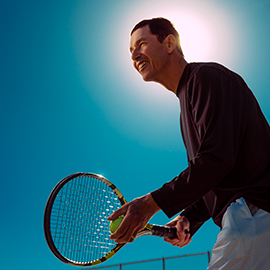 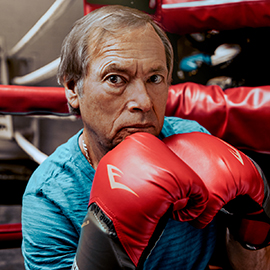 A Diabetes Drug for Parkinson's?

Studying the brain has long been the chosen approach for understanding and treating Parkinson's disease. But now investigators are looking beyond that gray matter to identify underlying causes and find new treatment targets.

Some investigators are studying a gut-brain pathway that may lead to neurodegeneration. Others address the role of genetic defects. At Cedars-Sinai, experts are leading research into the idea that insulin resistance couldbe a major culprit implicated in Parkinson's.

"There is growing evidence that the metabolic changes that occur in diabetes may impact brain degeneration associated with Parkinson's," neurologist Michele Tagliati, MD, says.

Tagliati, director of the Cedars-Sinai Movement Disorders Program, is conducting a Phase II clinical trial to test a Type 2 diabetes drug as a potential treatment for Parkinson's. The drug, liraglutide, has not previously been tested in Parkinson's patients, though studies in England have shown promising results with a different diabetes medication.

The trial involves 57 Parkinson's patients and will run for two years. It focuses on how liraglutide, which regulates blood glucose levels, affects motor, non-motor, and cognitive symptoms. The trial is part of the Linked Clinical Trials initiative, which accelerates development of new Parkinson's treatments by identifying neuroprotective drugs that have been approved for other conditions.

"This is a revolutionary approach to treating Parkinson's," Tagliati says. "We want to find out whether liraglutide can relieve symptoms and also whether it can change the trajectory of the disease."