Marzieh Akhlaghpour graduated with honors from the University of California, Irvine with a degree in biological sciences. Prior to joining the graduate program for Translational Medicine and Biomedical Science at Cedars-Sinai, she studied the molecular mechanisms of how coronaviruses, such as severe acute respiratory syndrome, rearrange host cell membranes to aid the viral life cycle. Akhlaghpour volunteered in a research laboratory in the Department of Obstetrics and Gynecology at Cedars-Sinai where she worked to identify the role of different members of the TGF-β family in trophoblast function and placentation as they relate to adverse pregnancy outcomes. Her thesis project aims to identify genetic association in patients with perianal Crohn's disease, a severe form of Crohn's disease with a poor quality of life that often requires surgeries. Greg Botwin joined Cedars-Sinai in 2016 as a research operations associate splitting his time between the McGovern Lab/Translational Genomics Group and Precision Health (both directed by Dermot McGovern, MD, at Cedars-Sinai). Botwin has a bachelor’s of science from the University of California, San Diego (UCSD) in human biology. At UCSD, he conducted research on the inflammatory bowel disease related protein NOD2. He subsequently worked at the VA Long Beach Healthcare System in a clinical research group focusing on liver disease and then the Icahn School of Medicine at Mount Sinai in a clinical research group concentrating on precision wellness. Shishir Dube, PhD, joined Cedars-Sinai as a research scientist in 2017. He completed his undergraduate and master's degrees in bioengineering at the University of Pennsylvania in 2003 and 2004, respectively. In 2009, Dube received his doctorate in biomedical engineering from the UCLA. Subsequently, he worked at Amgen as a data scientist in the research and development informatics group. His current research interests include utilizing novel data science methods to analyze imaging, "-omics" and genetics data to understand causal mechanisms underlying inflammatory bowel disease to further efforts in developing innovative predictive models and treatment targets for the clinical setting. 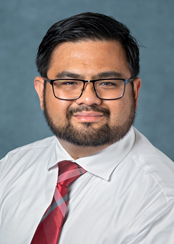 Ace Esplago joined Cedars-Sinai's inflammatory bowel disease research team in 2019 after attending the master's in biology program at California State University, Fullerton (CSUF). He also obtained his bachelor's degree in biology with a concentration in molecular biology and biotechnology from CSUF. During his time at CSUF, he was involved in research on the antibiotic-resistant strain of Acinetobacter baumannii. His role includes assisting in protein display experiments to identify inflammatory bowel disease (IBD) specific epithelial antigens, in addition to novel genomic assays to functionally characterize the regulatory profile of IBD genetic variation. 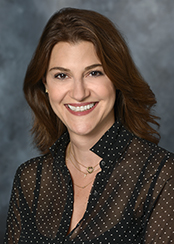 Talin Haritunians, PhD, joined the McGovern Laboratory/Translational Genomics Group (TGG) at Cedars-Sinai in July 2013. She received her doctorate in human genetics from UCLA in 2004, and was a postdoctoral fellow in the Cedars-Sinai Division of Hematology/Oncology and a research scientist at the Medical Genetics Institute prior to joining the TGG. Haritunians participates in multiple inflammatory bowel disease (IBD) genomics studies, overseeing TGG data generation and quality control with expertise in project management of large-scale genetic and expression datasets. Her research interests focus on the genetics underlying IBD severity, complication and response to medical therapies. Haritunians has published more than 100 articles in high impact journals. She is a member of the steering committee for the National Institute of Diabetes and Digestive and Kidney Diseases IBD Genetics Consortium and co-chair of the consortium's analytic committee. 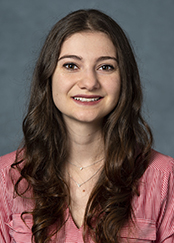 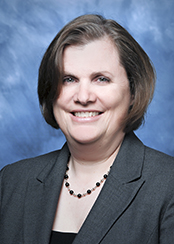 Carol Landers has more than 30 years continuous research and research laboratory management experience in IBD. She is credited with inventing the antibody detection assays currently used by the serotyping unit, and directly oversees the serotyping unit as well as serving as impartial steward of the Mucosal Immunology Repository for Inflammatory And Digestive Diseases (MIRIAD) Biobank and Database, engaging with intra- and extra-mural collaborators to review proposals requesting access to MIRIAD services and specimens. Her expertise is documented in more than 80 articles published in high impact journals. Landers has a bachelor's degree in biochemistry from Iowa State University. 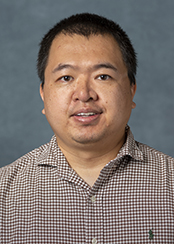 Dalin Li, PhD, joined Cedars-Sinai as a research scientist in 2011. He completed his undergraduate medical training at Peking University Medical School in 2000 and received his PhD in epidemiology there in 2005. Subsequently, Li worked as a postdoctoral fellow and a postdoctoral research associate in the Division of Biostatistics at the University of Southern California. His current research interests include developing novel statistical and bioinformatics tools to analyze large-scale genetics and "-omics" data, using those tools to explore the underlying mechanisms in IBD and thereby developing novel predictive models and treatment targets for clinical practice. 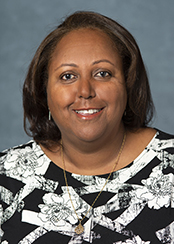 Emebet Mengesha is a research specialist in the McGovern Laboratory/Translational Genomics Group, having transitioned from the Medical Genetics Department in July 2013. She has been working at Cedars-Sinai for the past 19 years as a researcher, and in the past two years has added pre/post award grant management to her role. Mengesha earned her bachelor's degree in biochemistry and cell biology from the University of California, San Diego. Her field of expertise on the research side includes DNA/RNA/protein isolation, Illumina genotyping and expression as well as Taqman assays from Applied Biosystems, with quality control of data as an integral part.

Takeo Naito, PhD, joined the McGovern Laboratory/Translational Genomics Group at Cedars Sinai in October 2018. He graduated from University of Yamanashi Graduate School of Medical Science, Japan, in 2009. From 2009 to 2013, Naito worked as a resident. He received his doctorate in 2017 from Tohoku University School of Medicine, Japan. At Tohoku University, Naito conducted translational researches between genetic background of inflammatory bowel disease (IBD) and its clinical phenotype. He identified candidate genes for Paneth cell defect in Japanese Crohn’s disease and decreased bone mineral density in Japanese IBD. His current research interest is in transcriptomics in IBD for developing new therapy target and precision medicine. Naito is also interested in the difference in genetic background of IBD between races. 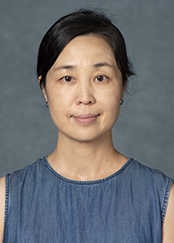 Shaohong "Shell" Yang, MD, joined the Cedars-Sinai F. Widjaja Foundation Inflammatory Bowel and Immunobiology Research Institute as a project scientist. She completed her medical training at Shanghai Jiao Tong University School of Medicine and finished her residency in internal medicine in Shanghai before coming to the United States for further training. Yang received postdoctoral training from the Gladstone Institute of Cardiovascular Diseases in San Francisco and UCLA, and has been a research faculty at UCLA since 2008. Prior to joining Cedars-Sinai, her primary research goals were understanding the importance of nuclear lamins in disease and aging and finding a therapeutic strategy for Hutchinson-Gilford progeria syndrome. Yang has published 28 articles, including 12 first-author articles and 16 additional articles as co-author, all in prestigious journals. At Cedars-Sinai, Yang’s focus is using clinical factors to predict outcomes and responses to therapies in inflammatory bowel diseases.