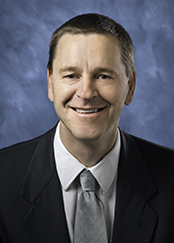 Research
No patient rating & comments. Why?

No patient rating & comments. Why?

Research
No patient rating & comments. Why?

Research
Back to Top

Area in which a healthcare provider is highly trained and often board certified.

Cedars-Sinai clinical programs this provider is part of:

Dr. Clive Svendsen did his predoctoral training at Harvard University. He received his PhD from the University of Cambridge in England, where he subsequently became a Welcome Fellow and established a laboratory focusing on stem cell research. He then moved to the University of Wisconsin in 2000 as Professor of Neurology and Anatomy and founded their Stem Cell and Regenerative Medicine Center. In 2010, he moved to Los Angeles and founded the Cedars-Sinai Board of Governors Regenerative Medicine Institute (RMI), which currently has 23 faculty members and over 120 staff. A main focus of the Institute is to both model and treat various human diseases with the use of induced pluripotent stem cells (or iPSCs), which are adult human cells taken back in time to a young stem cell state capable of making any tissue of the human body. At the heart of the RMI is the Cedars-Sinai Biomanufacturing Center which manufactures iPSCs and other cell types for research purposes and clinical trials.  Additionally, Dr. Svendsen maintains a large lab that focuses on modeling neurodegenerative diseases including Spinal Muscular Atrophy and Amyotrophic Lateral Sclerosis (ALS), as well as Huntington’s, Parkinson’s and Alzheimer’s Disease. Using “organ on chip” technology that combines stem cells and engineering, Dr. Svendsen is creating multicellular human systems for research and drug development. He has received many recognitions for this work, including a recent feature on the front cover of National Geographic as “The Future of Medicine”.  The other focus of his lab involves cutting-edge clinical trials using combinations of stem cells and growth factors. He spearheaded one of the first clinical trials to deliver a growth factor (GDNF) to patients with Parkinson’s Disease, and is currently working closely with neurosurgeons, neurologists and other scientists to develop novel ways of using stem cells modified to release GDNF for Parkinson’s patients. He is also finding ways to use stem cells for other neurological diseases such as Huntington’s and Alzheimer’s Disease, and is leading a new clinical trial using stem cells to treat an incurable eye disease Retinitis Pigmentosa. Finally, Dr. Svendsen has a long-standing interest in ALS and he was the Sponsor of the first-ever clinical trial delivering stem cells and GDNF to patients that was recently completed at Cedars-Sinai.