With Several Confirmed Cases in the Region, Cedars-Sinai Epidemiologist Advises Residents to Protect Themselves 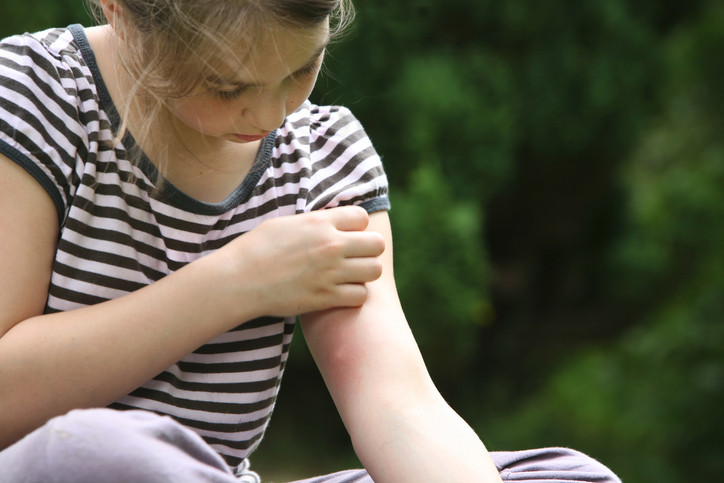 Prevent West Nile virus by using insect repellent and getting rid of standing water sources such as wading pools and planters. Photo by Getty.

West Nile virus—a rare and serious disease that is transmitted through mosquitos—has made its way to Los Angeles and Orange counties, with several cases now confirmed throughout the region.

"Although the virus primarily affects birds, it gets transmitted to humans if a mosquito bites an infected bird and then bites a human," said Jonathan Grein, MD, director of Hospital Epidemiology at Cedars-Sinai. "Contracting a virus found in birds sounds like science fiction, but that's exactly what West Nile virus is."

"Most people infected with West Vile virus will experience symptoms similar to the flu, including fever, headaches, muscle aches and fatigue," said Grein. "Although some people may develop a rash, abdominal pain, nausea or diarrhea, most experience only mild symptoms that last several days to weeks and resolve on their own."

Only about 1 in 150 people who contract West Nile virus will require hospitalization for severe symptoms, which can include coma, neck stiffness, high fever, paralysis and infection of the brain called encephalitis.

West Nile virus can occur in anyone, although certain people are at higher risk of developing the severe disease—including adults over the age of 50 and those with a weak immune system, such as patients on immune-suppressing medications like chemotherapy.

"It's also important to note that West Nile virus cannot be spread through touching, kissing or sharing utensils," Grein said. "The disease can only be transmitted through mosquito bites."

There is no vaccine available to prevent West Nile virus, so Grein said residents should protect themselves by following guidelines set by the Centers for Disease Control and Prevention.

"These standing water sources can include things like containers, planters and animal water bowls," said Grein. "It's important to take inventory of your outside area and remove any unnecessary items. This quick but impactful step may prevent the spread of West Nile virus."

Learn more about West Nile virus and how to prevent it, including recommendations from the American Academy of Pediatrics on using insect repellent on children.

Read more on the Cedars-Sinai blog: Am I Still Contagious?

Shortly after COVID-19 was declared a pandemic, more than 450 older adults learned their weekly exercise classes offered through the Cedars-Sinai Geriatrics Program were on hold. But under the …
Read more from this release

Prevention magazine recently interviewed infectious disease specialist Michael Ben-Aderet, MD, about salon safety tips and recommendations in the age of COVID-19. The article appears at a time …
Read more from this release

Six of Los Angeles County’s largest nonprofit health systems with hospitals, clinics and care facilities across the region have come together united in a mission to encourage community members to put …
Read more from this release