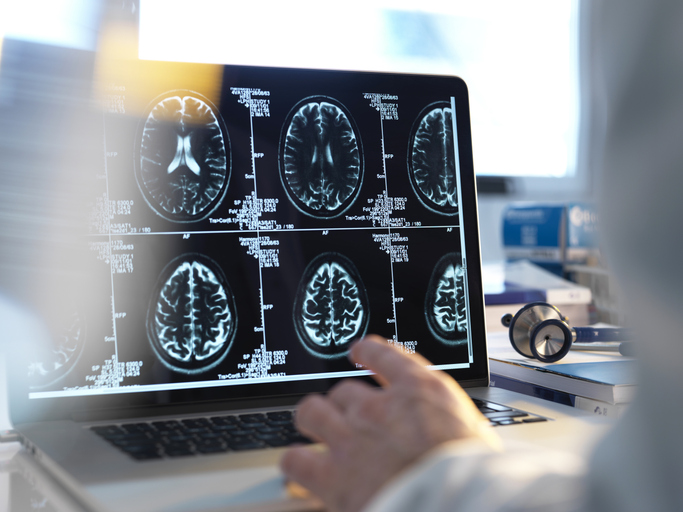 U.S. News & World Report wrote about a Cedars-Sinai study that showed early-onset Parkinson's disease could start in the womb. Photo by Getty.
Doctor viewing a patient's brain scans on a computer screen.

U.S. News and World Report recently interviewed Michele Tagliati, MD, about new research suggesting people who develop Parkinson’s disease before the age of 50 may have been born with disordered brain cells that went undetected for decades.

“Young-onset Parkinson’s is especially heartbreaking because it strikes people at the prime of life,” Tagliati told U.S. News & World Report. “This exciting new research provides hope that one day we may be able to detect and take early action to prevent this disease in at-risk individuals.”

Tagliati, director of the Movement Disorders Program, vice chair and professor in the Department of Neurology at Cedars-Sinai, co-authored the study published in the journal Nature Medicine.

As U.S. News & World Report details, to conduct the study, researchers generated special stem cells from the cells of patients with young-onset Parkinson's disease. These stem cells can produce any cell type of the human body. Researchers used them to produce dopamine neurons from each patient and analyzed those neurons in the lab.

The dopamine neurons showed two key abnormalities: buildup of a protein called alpha-synuclein, which occurs in most forms of Parkinson's disease; and malfunctioning lysosomes, structures that act as "trash cans" for the cell to break down and dispose of proteins. As Tagliati explained to U.S. News and World Report, the malfunction could result in a buildup of alpha-synuclein.

“This exciting new research provides hope that one day we may be able to detect and take early action to prevent this disease in at-risk individuals,” said Tagliati.

Click here to read the complete story from the U.S. News and World Report.

Read more on the Cedars-Sinai Blog: Parkinson's and Diabetes: Looking for the Connection