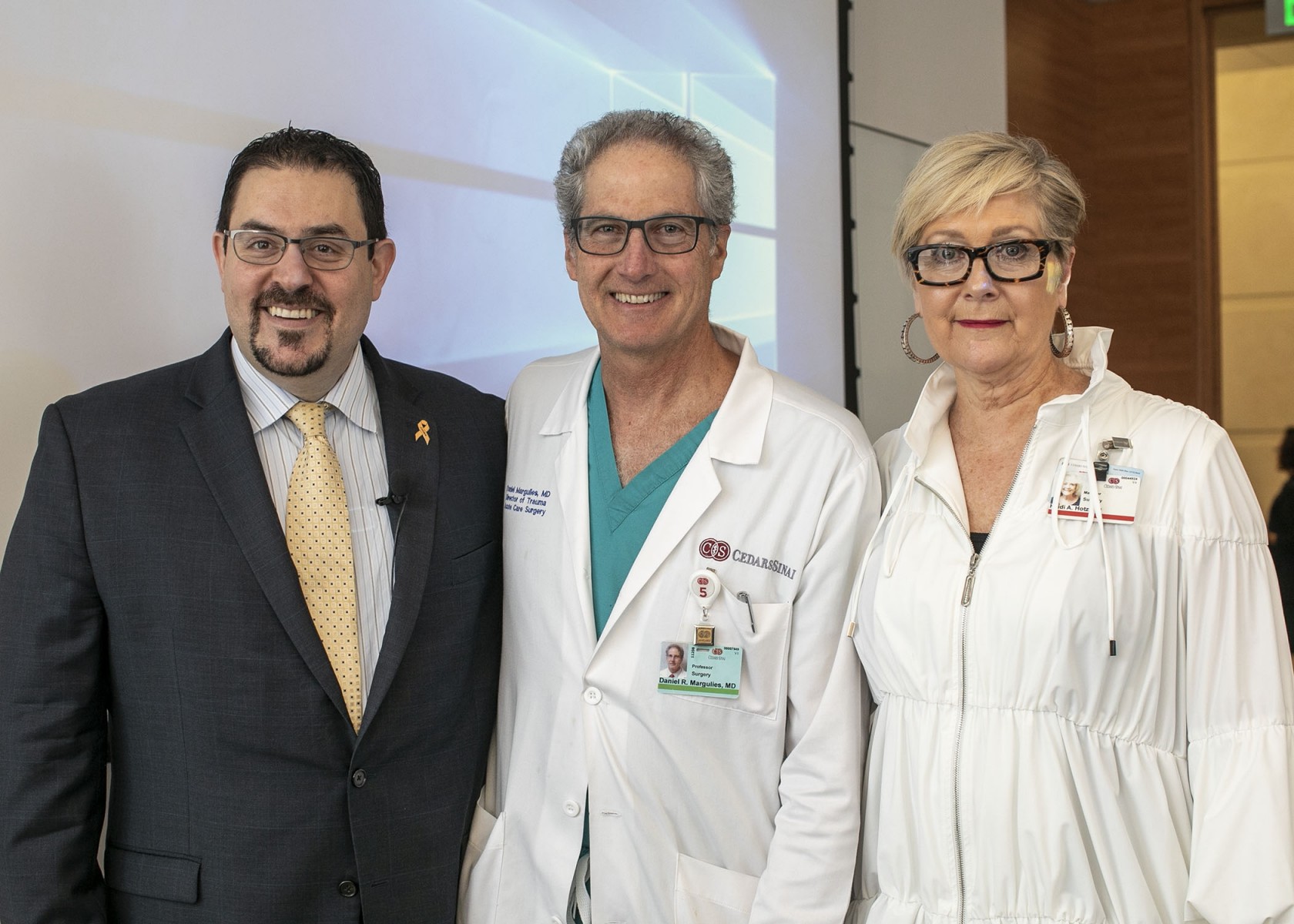 "I can't begin talking about this public health crisis that we are facing in America without telling you my own story," said Joseph V. Sakran, MD, MPH, MPA, associate chief of Acute Care Surgery at The John Hopkins Hospital in Baltimore, Maryland, at the start of a special program about public health and gun violence.

His story begins when he was 17 and was shot in the throat. But it doesn't end there.

Being a victim of gun violence "is what inspired me to go into medicine, it's what inspired me to become a trauma surgeon and it's why I work at that intersection of medicine, public health and public policy," Sakran said. "To try to do everything that we can to reduce firearm-related injury or death in America."

The Cedars-Sinai Trauma Program in the Department of Surgery invited Sakran to share his personal story to help educate physicians about gun violence.

"The goal of this bimonthly lecture is to offer all staff education that pertains to current events and trauma," said Heidi Hotz, RN, Trauma Program manager, to a room filled with a range of healthcare professionals who had come to hear Sakran's lecture, "Gun Violence in America: A Public Health Crisis."

With more than 300 people being shot—and 100 killed—in the U.S. every day, gun violence has become an epidemic, Sakran said. But he says it's an epidemic that is curable if everyone plays a role.

"We are becoming complacent in letting these acts of violence happen, we need to find more solutions," said Daniel R. Margulies, MD, director of Trauma-Emergency Surgery and Surgical Critical Care at Cedars-Sinai.

For Sakran, complacency is not an option. In his example, between 1960 and 1970 there was an ongoing rise in motor vehicle fatalities. "We didn't get rid of cars," Sakran said. "We came up with seat belts, airbags and we made roads safer and the fatality rates came down."

While the solution to minimizing gun violence may not be obvious now, Sakran said that if we look at the crisis from a public health perspective, years from now, future generations can look back and say, "We didn't get rid of guns. We came up with a way to make the world a safer place."