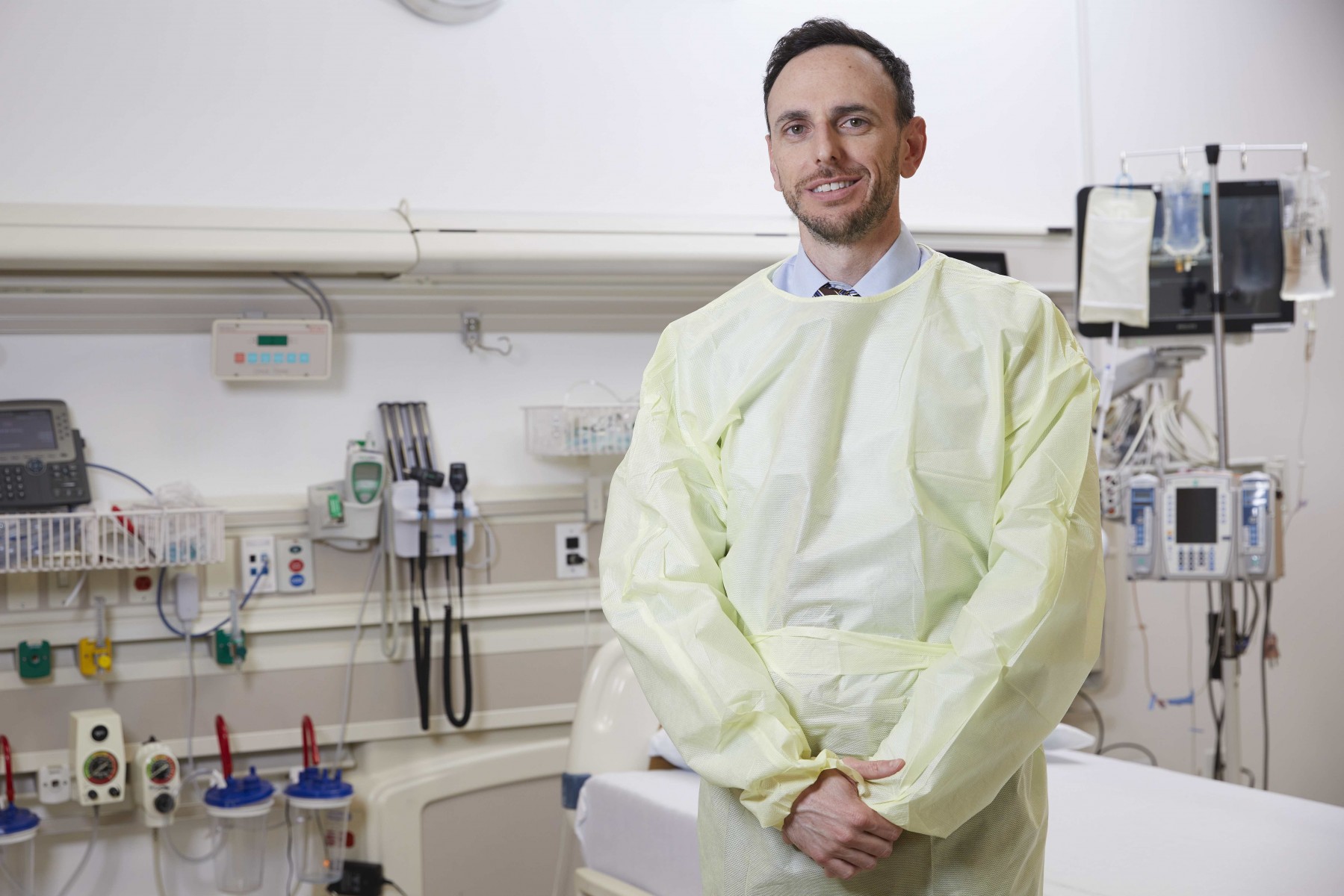 The Sacramento Bee recently interviewed Michael Ben-Aderet, MD, associate medical director of Hospital Epidemiology at Cedars-Sinai, about the first confirmed monkeypox case in California and how to best manage the outbreak, which started in Europe and has spread to the U.S.

In late May the Centers for Disease Control and Prevention (CDC) confirmed that a Sacramento County resident had become the second individual in the U.S. to test positive for monkeypox after traveling to Europe. Monkeypox, an infectious disease similar to smallpox, can cause a rash, fever, muscle aches and swollen lymph nodes. It spreads through prolonged skin-to-skin exposure, or through contact with lesions, bodily fluids, respiratory droplets and materials contaminated with the virus.

Health officials believe that two rave parties in Europe sparked the outbreak, and they noted that a number of cases have occurred in gay and bisexual men. But Ben-Aderet told The Sacramento Bee that he advised against associating the disease with a specific group of people.

“Viruses and bacteria, they don’t discriminate, and they don’t have a specific type of people they like, and they’re happy to infect just about anybody. Just because a disease might be more prevalent in a certain population at first doesn’t mean that it can’t then infect another population,” Ben-Aderet told The Sacramento Bee.

While monkeypox can be a serious illness and the public should be aware of how it spreads, people shouldn’t worry that this outbreak will escalate to the scale of the COVID-19 pandemic, Ben-Aderet said. “It doesn’t have the capability to cause the level of damage and death and destruction that we’ve seen with COVID over the past two years,” he told The Sacramento Bee.

Rather than fear or panic, Ben-Aderet advised caution and avoiding animals and people who are sick as well as bedding or objects in contact with infected animals or people and practicing good hand hygiene.

“Follow our public health recommendations, follow the guidance, follow the situation as it’s updated. Understand that things change [and] understand that epidemics evolve and take the appropriate precautions,” Ben-Aderet told The Sacramento Bee.

Click here to read the complete article from The Sacramento Bee.