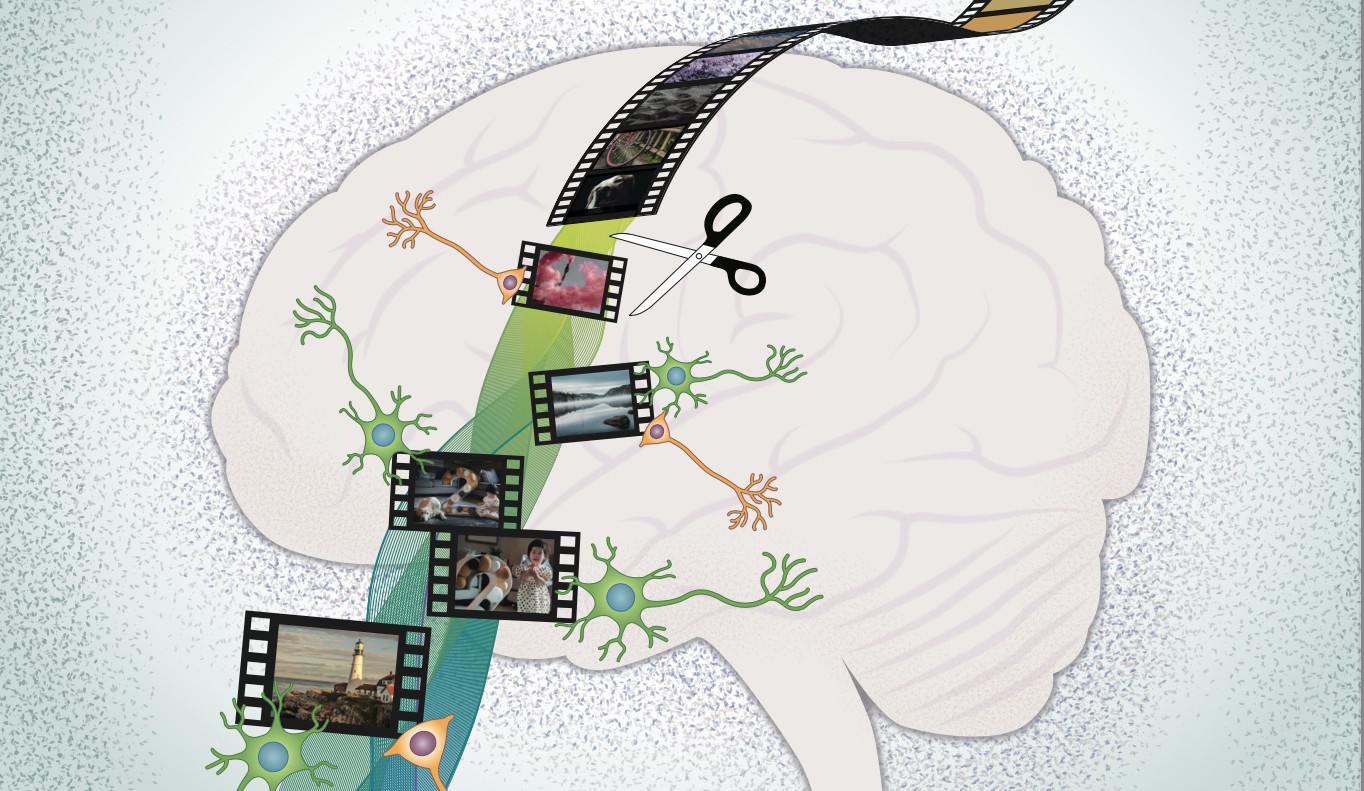 Researchers have discovered two types of brain cells that play a key role in creating memories. Illustration by Sarah Pyle for Cedars-Sinai.
brain-memory-cedars-sinai-rutishauser

STAT and The Daily Beast recently interviewed Ueli Rutishauser, PhD, professor of Neurosurgery, Neurology, and Biomedical Sciences at Cedars-Sinai, about the brain cells he and a team of researchers uncovered that could potentially help humans divide their experiences into distinct segments that are filed away as memories.

Rutishauser led a collaborative research effort across multiple institutions that discovered two new groups of brain cells: boundary cells and event cells. Rutishauser told STAT that these findings, published in Nature Neuroscience, might point to a cellular basis for what’s known as mental time travel. "It’s the first time these cells have been seen at the electrophysiological level in humans," Rutishauser said.

The study showed how boundary cells activated after patients watched movie clips with soft or hard boundaries. For example, the camera angle might change in a clip with a soft boundary, but the overall narrative remained the same. Clips with hard boundaries included a transition to a completely different story. But event cells only fired after watching a clip with a hard boundary. Rutishauser told The Daily Beast he likens the process to creating and storing files in a folder on a computer.

The study showed that it's easier to form strong memories following a pronounced transition between scenes. It's not the ending of the story that prepares the brain to start a new memory but the beginning of a new one. "The most important things that really define an episode are really at the beginning: who is there, where it is, and what is happening. During the rest of the episode, the elements are unlikely to change," Rutishauser told STAT.

Going forward, Rutishauser and his team hope to see their research used to enhance treatments for memory disorders. "It really remains to be seen how we can understand these mechanisms at play in a fully natural environment like in a social situation where we talk to each other. But it’s a major step in the right direction,” Rutishauser told The Daily Beast.