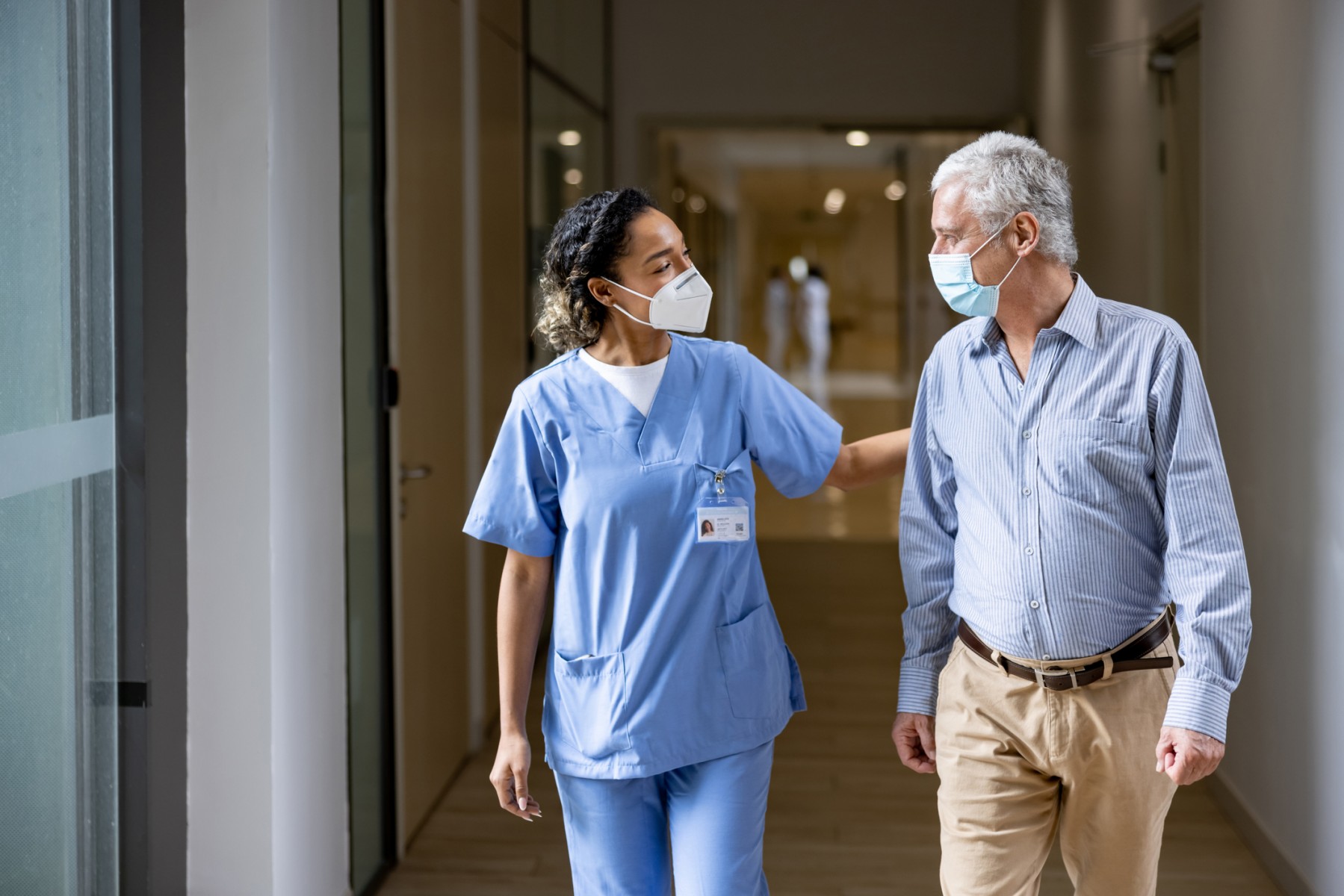 The implicit bias training that Cedars-Sinai provides for its employees ultimately benefits patients when they interact with care providers who understand their culture. Photo by Getty Images.
African American doctor talking to a patient in the corridor of a hospital while wearing face masks during the COVID-19 pandemic

A new California law will soon require nursing schools to include implicit bias training in their programs, and hospitals must cover it in new graduate training programs. These courses will educate nurses about how to recognize their unconscious biases and how to avoid letting them affect their interactions with patients.

Williams told Spectrum News 1 about the impact implicit bias training had at Cedars-Sinai when it first rolled out. She recalled overhearing staff saying they were surprised to realize they had unconscious biases, and they expressed a desire to address them. "They did not mean to be offensive, and … they were going to pay closer, closer attention to those things," Williams told Spectrum News 1.

Implicit bias can contribute to health disparities, particularly in the Black community and especially regarding pain management. If a Black patient says they’re in pain, some caregivers might make a biased assumption "that they may not be in pain; they’re drug-seeking," Williams told Spectrum News 1.

Girard said Cedars-Sinai's training program included an hourlong digital module depicting microaggressions in different vignettes and settings. It “really gave people some time to reflect upon their own self and the biases that they might hold against people of different cultures, different colors, different genders," Girard told Spectrum News 1.

Williams thinks the training will ultimately benefit hospitalized patients as they interact with care providers who understand their culture. She hopes "that brings them some relief," Williams told Spectrum News 1. "We are here doing what we do because we care, and we want to see a healthy society."

Click here to watch the complete story from Spectrum News 1.