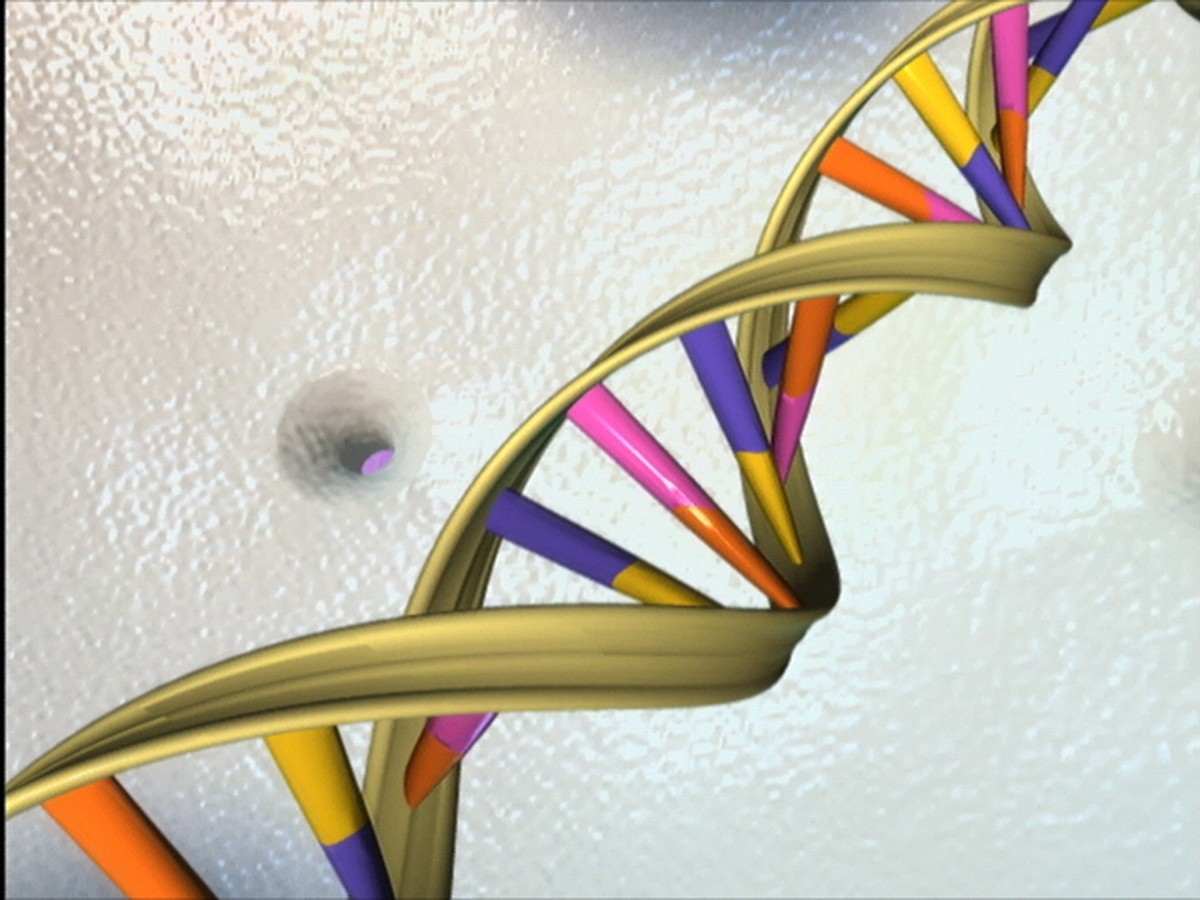 A team led by scientists at Van Andel Research Institute (VARI) and Cedars-Sinai have developed a straightforward, computational way to measure cellular age, a feat that may lead to better, simpler screening and monitoring methods for cancer and other diseases.

The findings, published today in Nature Genetics, reveal a progressive, measurable loss of specific chemical tags that regulate gene activity and are detectable at the earliest stages of development. These changes continue throughout a person's life, correlating with cellular rather than chronological age and foreshadowing alterations found in cancer cells.

The work is the result of a longtime collaboration between corresponding authors Benjamin Berman, PhD, of Cedars-Sinai, and Peter W. Laird, PhD, and Hui Shen, PhD, of VARI. It builds on a 2011 discovery by Berman and Laird that first determined loss of these DNA marks—called methyl groups—occurs in specific areas of the genome in cancer. However, the techniques used at that time could not detect this process occurring in normal cells.

"Our cellular clock starts ticking the moment our cells begin dividing," Laird said. "This method allows us to track the history of these past divisions and measure age-related changes to the genetic code that may contribute to both normal aging and dysfunction."

Each of the nearly 40 trillion cells in the human body can trace its lineage back to a single, fertilized egg cell containing the original copy of an individual's DNA. Throughout a person's lifetime, these cells divide, replacing old or damaged cells at different rates based on factors such as their function, environmental insults and wound healing.

Despite undergoing elaborate biological quality control checks, each cell division chips away at the genome's integrity, leaving behind an accumulating number of changes. Chief among these is a dramatic shift in the number and location of methyl groups on the genome, part of a process that begins during fetal development and continues throughout a lifetime.

"What is striking about the results from our new method is that they push back the start of this process to the earliest stages of in utero development," Berman said. "That was completely surprising, given the current assumption that the process begins relatively late on the path to cancer. This finding also suggests that it may play a functional role relatively early in the formation of tumors."

While loss of DNA methyl groups, known as hypomethylation, is a common feature of many cancers, the mechanisms behind this phenomenon have until now been largely unknown. It is more profound in cancers that arise in tissues with a high turnover rate, such as the skin and the epithelium, the thin layer of cells that line many organs. It also features prominently in pediatric cancers such as medulloblastoma, a rare brain tumor.

"Tissues with higher turnover rates are typically more susceptible to cancer development simply because there are more opportunities for errors to accumulate and force the change from a normal cell to a malignant one," Shen said. "What we're seeing is a normal process—cellular aging—augmented and accelerated once a cell becomes cancerous. The cumulative effect is akin to a runaway freight train."

Analysis and data interpretation for the project were led by Wanding Zhou, PhD, a postdoctoral fellow in the labs of Laird, Shen and VARI Chief Scientific Officer Peter Jones, PhD, DSc, along with co-first author Huy Q. Dinh, PhD, at the time a project scientist in Berman's lab at the Cedars-Sinai Center for Bioinformatics and Functional Genomics.

The study encompassed 39 diverse tumors and more than 340 human and 200 mouse datasets—the most in-depth study of its kind—and would not have been possible without massive swaths of publicly accessible data from large-scale sequencing projects, including The Cancer Genome Atlas.

"This research project is a great example of combining our own data with externally available datasets to discover something new," Zhou said. "If the project had been completed three years ago, the storyline would have been slightly different. Now, thanks to access to broader data, we can see that our method reveals a more general principle that extends all the way back to early development."

VARI is the research division of the Van Andel Institute, an independent, nonprofit biomedical research and science education organization committed to improving the health and enhancing the lives of current and future generations.

Illustration of DNA double helix courtesy of the National Institutes of Health.