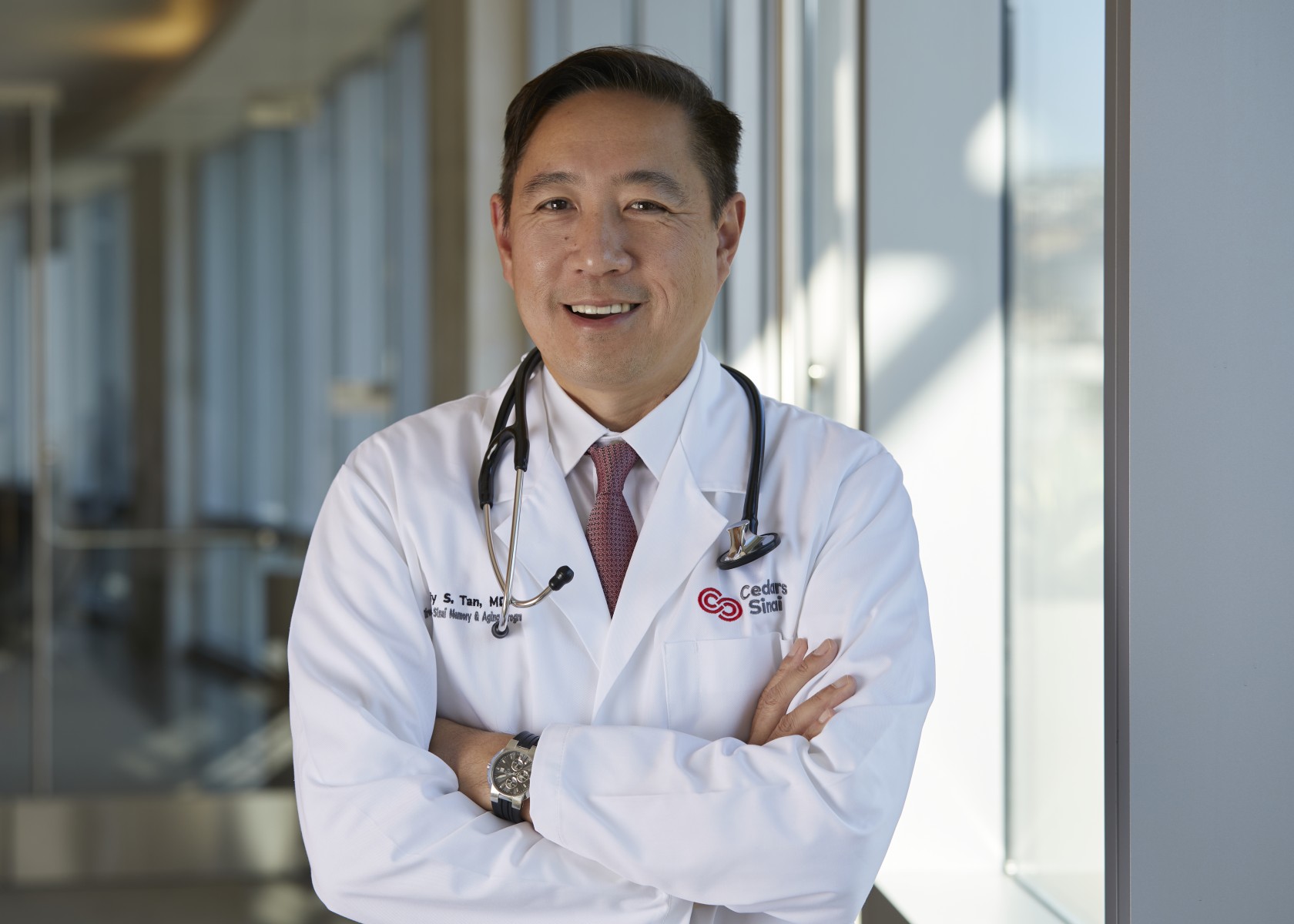 Following an extensive national search, Cedars-Sinai has appointed Zaldy Tan, MD, as the medical director of the Jona Goldrich Center for Alzheimer's and Memory Disorders and director of the memory and aging program. Tan is an experienced memory and geriatric medicine specialist and a prominent investigator in the field.

"Dr. Tan brings unique clinical and research expertise to Cedars-Sinai," said Nancy Sicotte, MD, Women's Guild Distinguished Chair in Neurology. "We are delighted to have him as a critical member of our newest program in dementia. He will develop and lead our network-based memory disorders care program."

The Jona Goldrich Center for Alzheimer's and Memory Disorders, part of the Department of Neurology, was established last year with a $10 million gift from Melinda Goldrich and Andrea Goldrich Cayton in honor of their late father, Jona Goldrich. The goal of the center is to develop new patient-care therapies that address the challenges of the rapidly growing population of patients with memory disorders.

Tan comes to Cedars-Sinai from UCLA, where he served as medical director of the UCLA Alzheimer's and Dementia Care Program, professor, and assistant dean for curricular affairs at the David Geffen School of Medicine, and held the Robert and Patricia Draine Endowed Chair. His research focuses on risk factors and preventive measures for Alzheimer's disease and other forms of dementia, along with health services research aimed at improving the quality of care for dementia patients.

Tan trained at Harvard Medical School and earned his medical degree from the University of Santo Tomas in Manila, Philippines. He has published more than 30 papers in peer-reviewed journals and is the author of the book Age-Proof Your Mind: Detect, Delay, and Prevent Memory Loss – Before It's Too Late.

"I'm excited to be a part of building the Cedars-Sinai Alzheimer's and memory disorders center, and helping it achieve the level of excellence of our heart, cancer, stroke and other programs," said Tan, the Carmen and Louis Warschaw Chair in Neurology. "What compelled me to make the move is that the possibilities are endless at an institution like Cedars-Sinai."

"This is a great time to be starting the memory disorders program at Cedars-Sinai, as the state of science has progressed to the point that we know a lot more about the causes and potential cures for this devastating disease," Tan said.

Investigators now know more than ever about the role of genetics in developing Alzheimer's or other forms of dementia and about biomarkers for these and other memory disorders. Investigators are currently seeking approval from the Food and Drug Administration for novel disease-modifying therapies for Alzheimer's disease, according to Tan.

"My vision – and other researchers in the field share this – is that in the near future dementia can be preventable for the majority of people," Tan said. "And that for those who do get it, we will have effective ways to slow the disease and control the symptoms such that one can live a normal life without the functional and cognitive impairments that are currently the unfortunate reality for people living with dementia."

"One percent of Americans live with some form of epilepsy," Bateman said. "Thirty percent of those cases aren't controlled with traditional medication. In the past several years, there have been a number of new techniques in terms of seizure monitoring, localization and treatment of epilepsy surgically that really expand what we're able to offer people who may be candidates for these procedures."

Bateman joins the health system from Columbia University Medical Center, where she served as an associate professor of neurology. Her research focuses on sudden unexpected death in epilepsy and how the brain recovers after seizures.

"We know that seizures affect other body systems, like your heart and your breathing," Bateman said. "We think that has a lot to do with why some people unfortunately die suddenly after a seizure. We're looking to better understand that physiology and how we can intervene to change it and reduce the most devastating outcomes of epilepsy."

Bateman earned her medical degree from Dalhousie University in Halifax, Nova Scotia, Canada. She has published more than 30 papers in peer-reviewed journals and is active in epilepsy foundations and patient advocacy groups in the U.S. and Canada.

Read more on the Cedars-Sinai Blog: Myths about Dementia, Alzheimer's and Memory Loss