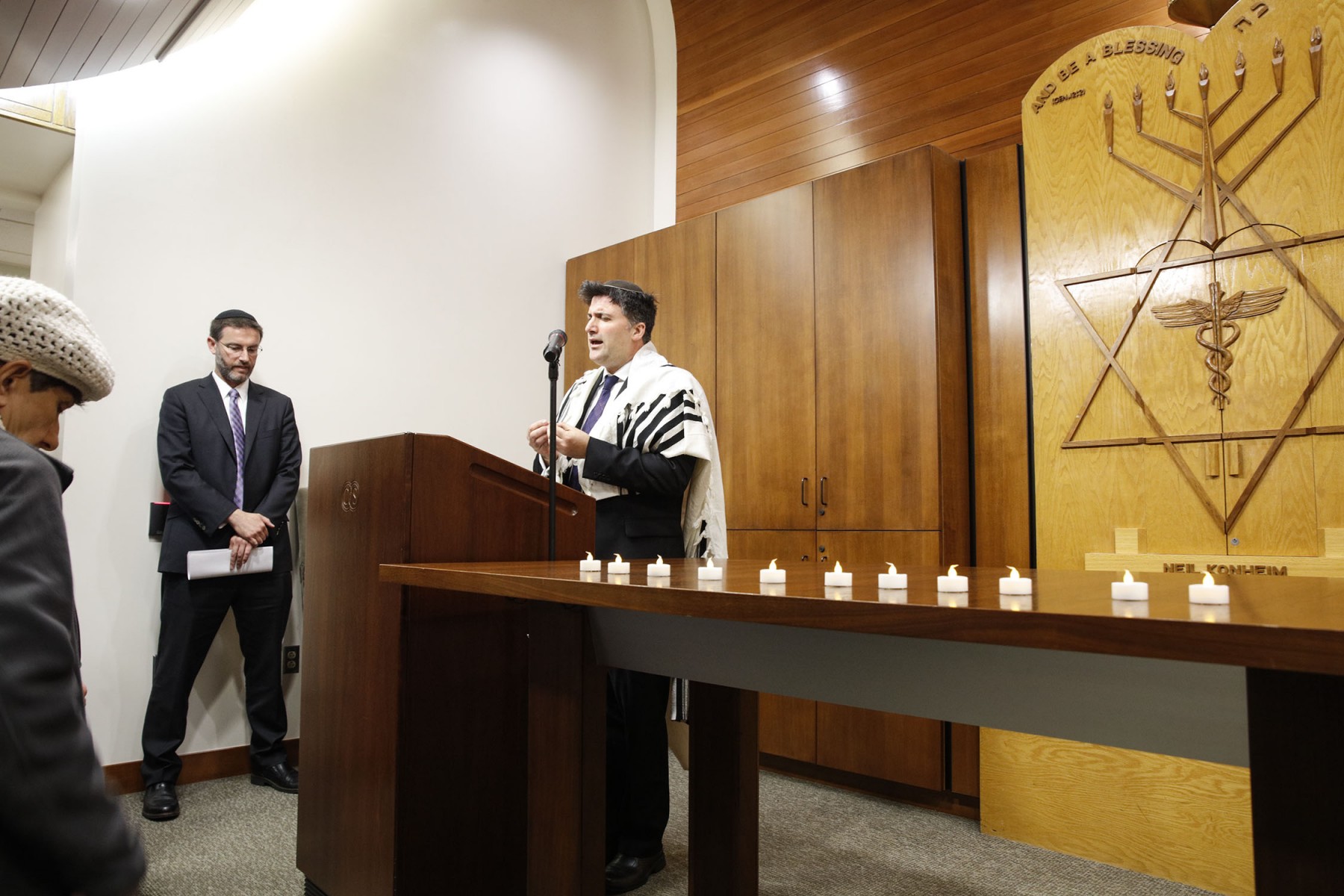 Rabbi Jason Weiner listens while Cantor Nati Baram sings a prayer at Cedars-Sinai's memorial service for the victims of the Pittsburgh synagogue shooting. Photo by Cedars-Sinai.

The attack on Oct. 27 by a 46-year-old man whose social media posts were filled with anti-Semitic diatribes that included comparing Jews to Satan has rocked the Jewish community throughout the U.S., Weiner told the gathering in the medical center’s chapel.

“We watch the news and look at the world around us and we sometimes feel despair that there are so many bad things happening in our world,” said Weiner, who also serves as president of the Southern California Board of Rabbis. “But look around and be reminded that yes, even when there are bad things happening in our world there is much more good than bad…and if we embrace the good, the good will far outweigh the bad.”

Weiner encouraged the standing-room-only crowd to reaffirm Cedars-Sinai’s commitment to help others, especially other groups that face discrimination for their beliefs.

“We are a strong people,” Weiner said. “We are a people that keeps hope alive.”

“Work through us, God,” Barukh read. “Turn our helplessness into action, teach us to believe that we can rise up from this tragedy and banish the hate that is tearing our world apart.”

As each shooting victim’s name was read along with a short biographical description, a member of the Cedars-Sinai staff lit a flameless candle and placed it on the chapel’s altar.

Another speaker, Ahmed Ibrahim, a Cedars-Sinai employee who also serves as a volunteer leader of the health system’s Muslim community, said the shooter and those who share his discriminatory beliefs want to “stoke separation and division” among people who practice kindness and caring for others. “They have failed and failed miserably,” Ibrahim said.

In his closing prayer, Weiner asked attendees to “recognize all the good in this room, in this hospital. May we fight for a world in which goodness permeates and there’s no more suffering.”