Our Health California: A New Country, A New Caretaker 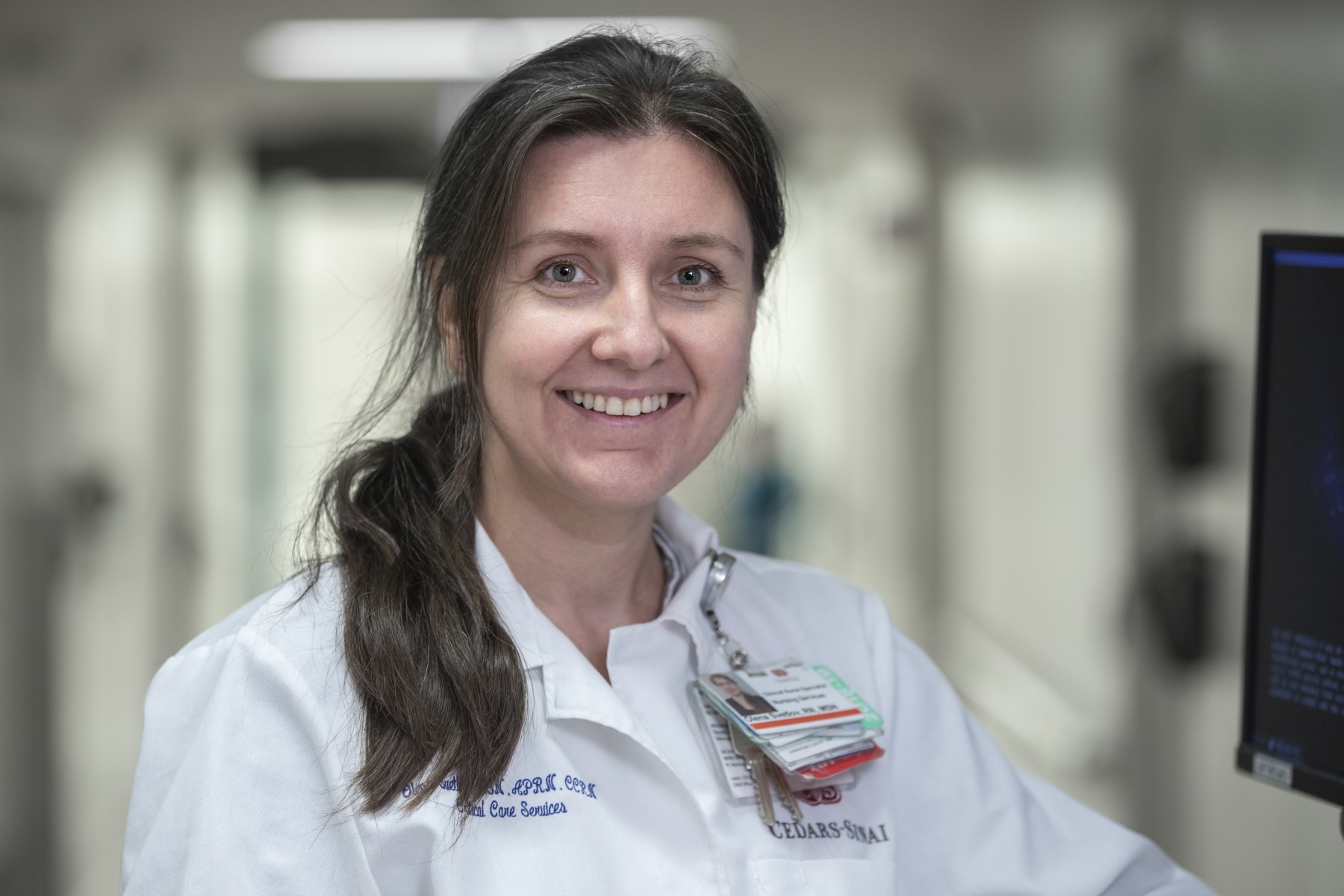 Our Health California recently interviewed Olena Svetlov, RN, CNS, about her journey from earning her PhD and working as a government translator in Ukraine, her native country, to immigrating to the United Sates with just $300 dollars to her name. Today, Svetlov is a Clinical Nurse Specialist (CNS) in the Cedars-Sinai Critical Care Division, paying it forward in appreciation for those that helped her get back on her feet.

Svetlov decided to move to the U.S. shortly after she was told by the Ukraine government to incorrectly translate something. Svetlov refused and suffered harrassment as a result. That's when she decided to seek political asylum.

Early in her time in the U.S., she returned to her temporary home, and the owner — her volunteer visa sponsor whom she barely knew — had given away her bedroom.

With just $300 to her name, Svetlov slept in a park that night as she waited for a friend to make the drive to L.A. to help her.

“Back in the Ukraine I was an associate professor of literature, respected, and doing well,” Svetlov told Our Health California.

But as she waited for the sun to rise, alone in the park, Svetlov realized that her former status didn't matter. She was homeless. “People were looking at me," Svetlov told Our Health California. "I pretended like I was waiting for someone.”

After Svetlov found a place to rent and restarted her life in L.A., she struggled. Her past accomplishments didn’t seem to matter. “I was told that I needed to start from scratch. I started working in a kitchen, worked in customer service, in the mortgage industry.”

So Svetlov, without a car, money to buy one, or a license, rode city buses between her multiple jobs as she tried to figure out her career path. At a doctor’s appointment, someone suggested she try volunteering in the medical field to see if she liked it.

Without a degree in chemistry or biology, Svetlov once again started from the beginning. “You need to forget about your ego and who you were, and open yourself up to this new world,” she said.

Svetlov said she never forgot about her own rough start in the U.S. and works to help other recent immigrants get the care they need. She gives back to Russian-speaking immigrants, who can’t always find appropriate medical care and resources, by working at health fairs run by Cedars-Sinai.

Click here to read the complete story from Our Health California.

Our Health California: A New Country, A New Caretaker