One Patient, Two Cancers, Multiple Experts: A Path Forward in a Day 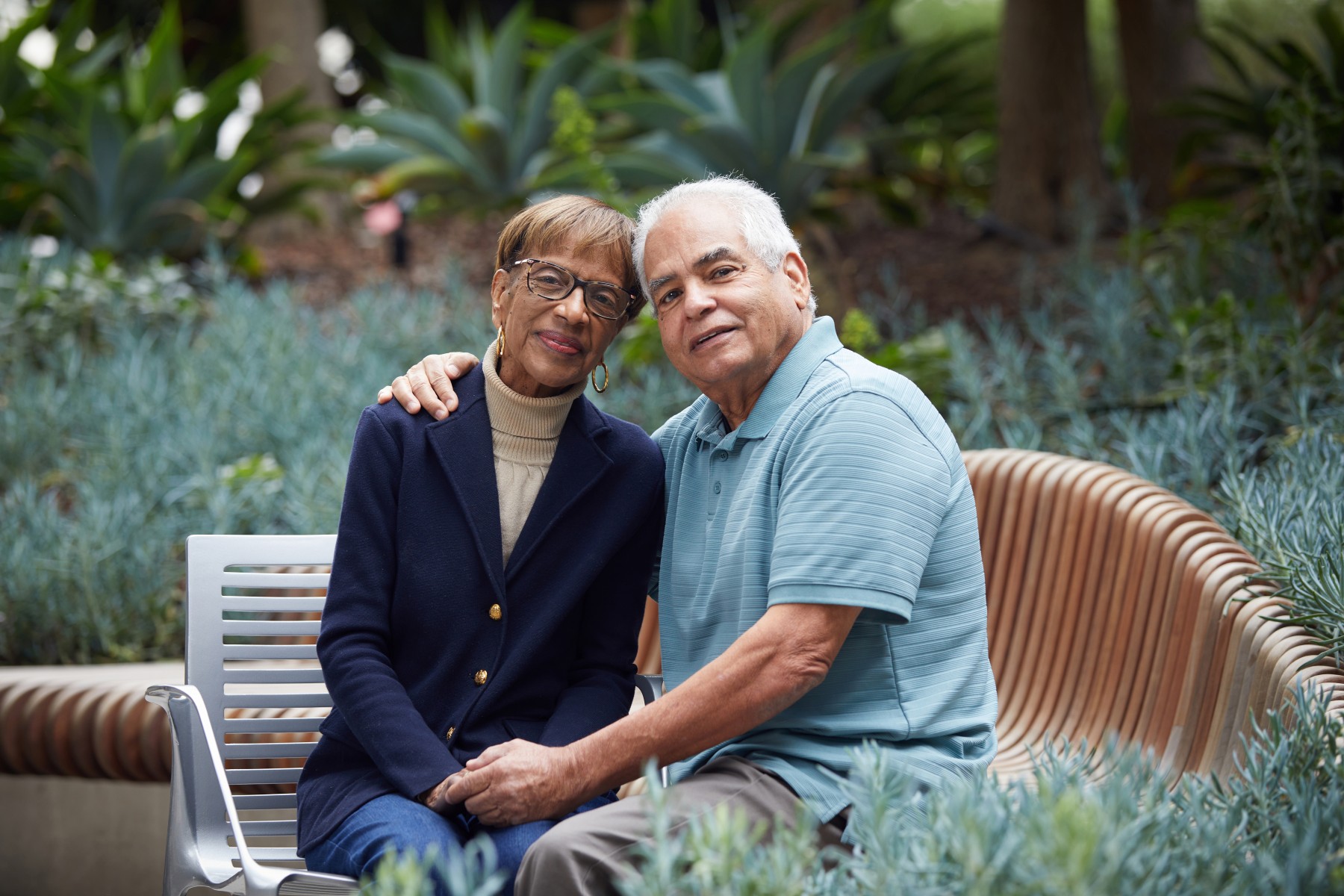 Maxine Aubry, a paragon of health for most of her 81 years, was shocked by the back-to-back cancer diagnoses she received last summer.

“I was devastated,” said Aubry, who lives in the Baldwin Hills neighborhood of Los Angeles. “I had no real warning signs. I had no idea how to face all of that news.”

Aubry’s learning curve was quick. She was diagnosed in June with an aggressive cancer in her left breast, which required an urgent mastectomy. Then in July, after experiencing severe digestive distress, a CT scan of her abdomen revealed a suspicious mass on her pancreas. Aubry tried to convince herself that the pancreatic growth was “just a cyst,” she said, but fear of an additional cancer engulfed her.

“We were overwhelmed and not sure about where to start,” said Robert Aubry, Maxine Aubry’s husband of 32 years. Her breast oncologist recommended a Cedars-Sinai Cancer program that “made all the difference. Everything was explained to us, with empathy and concern, at one appointment. All of our questions were answered, and we had a plan.” 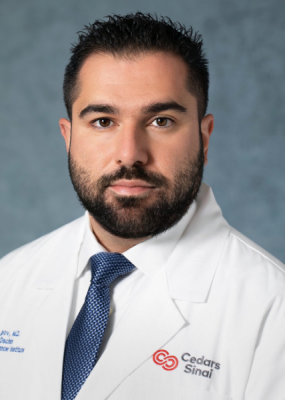 All in a Day

At the end of the six-hour visit, “patients walk out of the clinic with a single piece of paper containing bullet points with comprehensive treatment recommendations, which they can take to their own surgeons and oncologists,” said Arsen Osipov, MD, a medical oncologist and researcher in the Gastrointestinal Research Group at the Samuel Oschin Cancer Center, and head of the program. “They can return to the clinic every two, four or six months for follow-up, if needed.”

“It can take four to six weeks to get through the diagnostic process for this complicated cancer,” he added. “We do it in a matter of a few hours. Our goal is to minimize that burden and reduce the anxiety and wear and tear of traveling to multiple clinics. These patients want to begin treatments as soon as possible.”

Pancreatic cancer is the fourth leading cause of cancer death, with a five-year survival rate of about 10%. The disease accounts for about 3% of all cancers in the U.S. and about 7% of all cancer deaths, according to the American Cancer Society.

Some patients who visit the Cedars-Sinai multidisciplinary clinic already have been diagnosed with cancer and want a second opinion and treatment recommendations. Others seek a diagnostic work-up to rule out or confirm pancreatic cancer. All patients are assigned team members to handle their cases so that surgery and treatments can begin without delay in case cancer is confirmed, said Osipov, an assistant professor of Medicine.

“We hope their results are benign,” he said, “but we’re prepared to handle any diagnosis.”

Simon Lo, MD, director of the Pancreatic and Biliary Diseases Program, and gastrointestinal lead for the multidisciplinary clinic, performed an endoscopic biopsy in September, which revealed concerning precancerous changes.

Surgical lead Nicholas N. Nissen, MD, director of Hepatobiliary and Pancreatic Cancer, performed surgery in October, which confirmed the cancer. Nissen removed a large pancreatic cyst and part of her pancreas, as well as a cyst on her adrenal gland, the Aubrys said.

“Her case was complicated,” Osipov explained. “She was dealing with two cancers at the same time, and the pancreatic cancer was aggressive and rare. In addition to diagnosing her condition, we wanted to concentrate on her quality of life as she faced surgery and treatments.”

In December, one week after a follow-up visit to the clinic, Maxine Aubry began chemotherapy treatments that address both her breast and pancreatic cancers. She is handling it well, she said, with few side effects. A cancer veteran now, she offers advice for others facing a similar situation.

“After my diagnoses, I thought that was ‘it’ was for me, but it wasn’t,” she said. “Find a team that can answer all of your questions, and then get on with it. It doesn’t have to be the end of the world.”

One Patient, Two Cancers, Multiple Experts: A Path Forward in a Day