Most Popular Stories of 2021 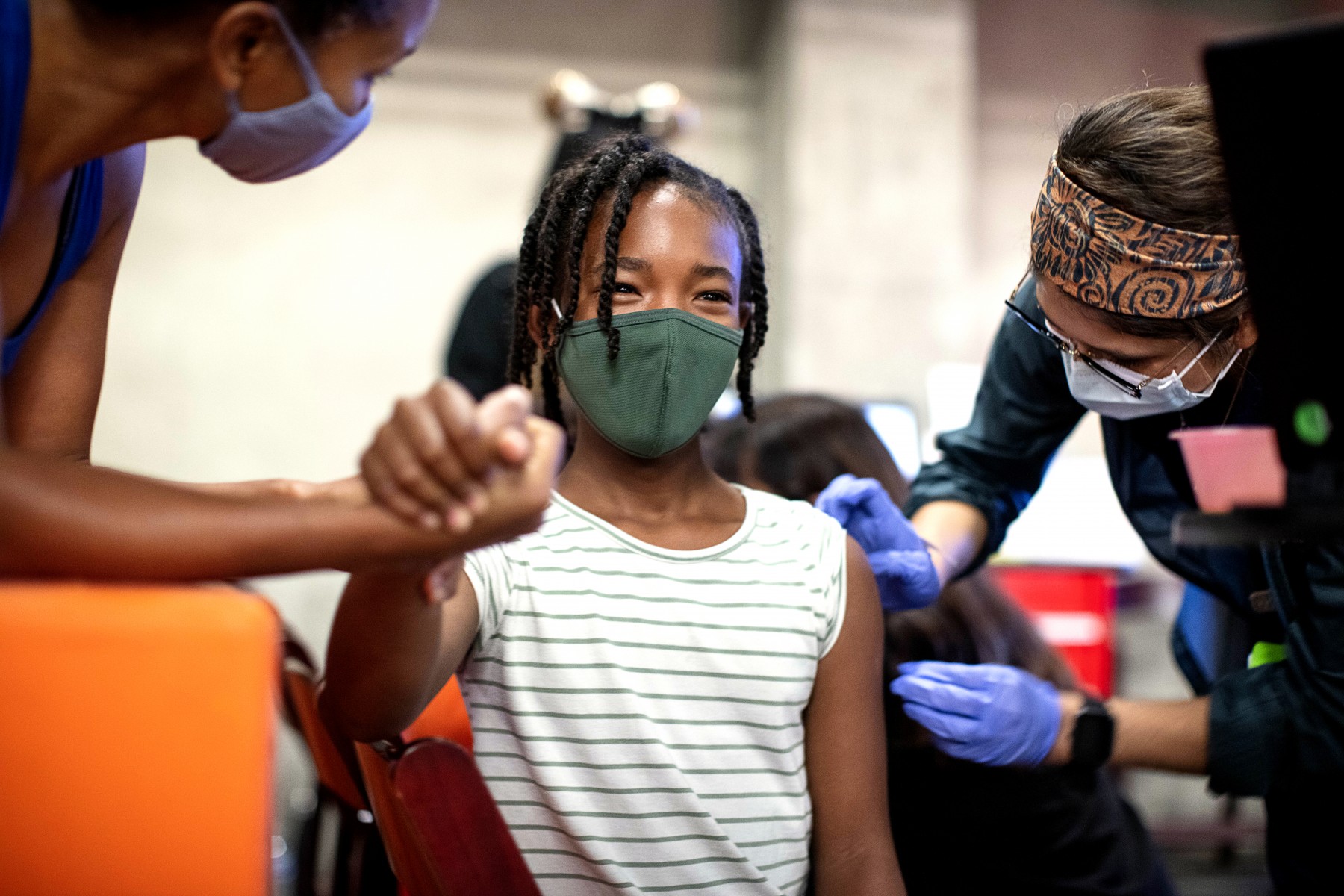 The most-read stories on the Cedars-Sinai Newsroom during 2021 covered a wide range of topics, from heart disease and irritable bowel syndrome to social anxiety and lung transplantation. But one theme dominated the most popular stories: COVID-19.

The majority of the most-read stories in 2021 were related to the coronavirus. 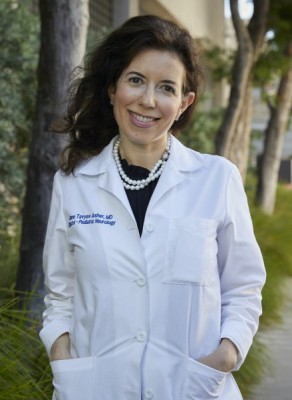 "Encourage them to imagine what might happen," Tavyev said. "Whatever it is, play it out. Then stop and ask, 'Was that so bad? Is that something that you truly could not recover from?'" 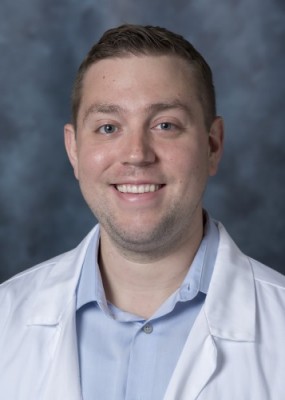 irus that causes COVID-19. In the summary of an August interview with Eric Vail, MD, "Newsweek Magazine: A Doomsday COVID Variant Worse Than Delta and Lambda Could Be Coming," Vail predicted the rise of a variant that spreads more easily than previous variants. Vail, director of Molecular Pathology in the Department of Pathology and Laboratory Medicine, warned that even the millions of people who had developed natural immunity after a previous COVID-19 infection could be susceptible to such a highly transmissible new strain.

"It won’t be enough to guarantee that the delta variant will be the last big variant," Vail told Newsweek. 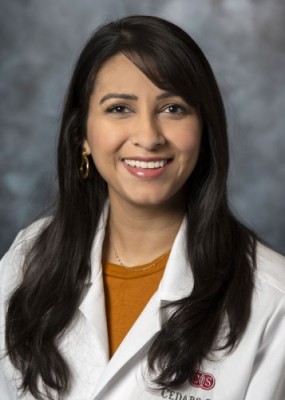 But the topic on everybody's minds this year was the COVID-19 vaccine, which first became available to the public in early 2021. Infectious disease expert Priya Soni, MD, dispelled common myths about the shot in "The Truth About the COVID-19 Vaccines." She quashed a popular misconception that the vaccine could affect a woman's ability to become pregnant.

"There has been no link between the COVID-19 vaccines and a negative impact on female fertility," Soni said. "The data is reassuring regarding the use of this vaccine during pregnancy, and because the mRNA degrades so rapidly, it would be highly unlikely that the vaccine could cause issues with fertility." 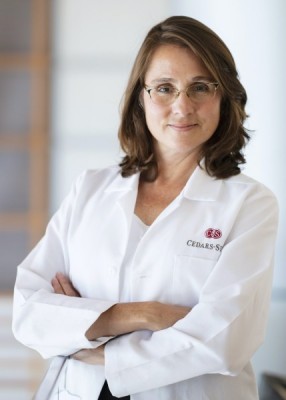 A new study from the Smidt Heart Institute suggested that taking high doses of fish oil supplements, which have long been thought to improve heart health, can be associated with an increased risk of developing a heart rhythm disorder. Lead study author Christine M. Albert, MD, MPH, and chair of the Department of Cardiology, explained what the research revealed in "Omega-3 Supplements Could Elevate Risk of Atrial Fibrillation."

"The risk of developing atrial fibrillation appears to be relatively small for those taking one gram or less of fish oil per day," said Albert, who is also a professor of Cardiology. "Taking more than one gram of fish oil per day is something you should only do following your doctors’ advice." 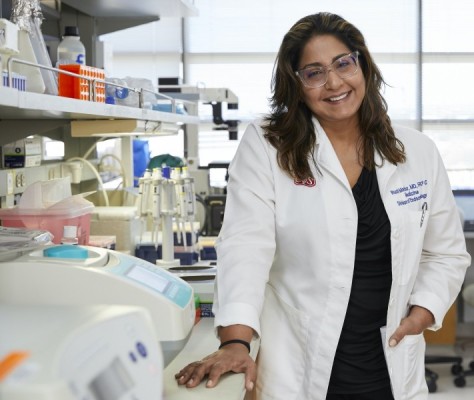 Other researchers at Cedars-Sinai found that aging produces significant changes in the tiny organisms that naturally live in the small intestine. In "Age and Aging Have Critical Effects on the Gut Microbiome," endocrinologist Ruchi Mathur, MD, director of the Diabetes Outpatient Treatment and Education Center, explained the findings from the study she led, which helped identify possible targets for future therapies.

"We now know that certain microbial populations are influenced more by medications, while others are more affected by certain diseases," Mathur said. "We have identified specific microbes that appear to be only influenced by the chronological age of the person."

Heartwarming stories about patients who benefited from leading-e 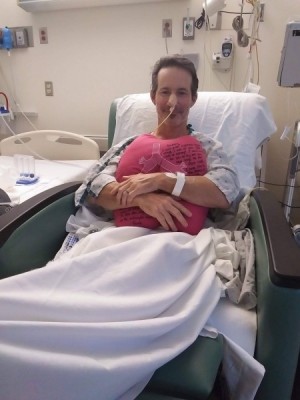 dge care at Cedars-Sinai also proved popular. Among them was the story of Huntington Beach patient Frank Coburn, who can once again take long walks with his wife thanks to a new surgical technique employed by his surgeon during Coburn’s minimally invasive double lung transplant.

Rather than using a traditional open-heart procedure, Pedro Catarino, MD, director of Aortic Surgery in the Smidt Heart Institute, and Dominick Megna, MD, surgical director of the Lung Transplant Program, made a small incision the size of a driver's license between Coburn's ribs. In "A Patient Pioneer: Minimally Invasive Lung Transplantation," the Newsroom detailed Coburn's journey from being a decades-long pulmonary fibrosis patient to becoming the first person in Southern California to receive the new procedure, which allowed him to recover much faster.

"I was so fortunate and felt so proud to be the first. Truly lucky," Coburn said. 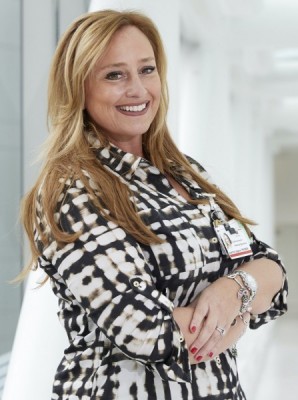 ed that Cedars-Sinai had started building a new, technologically advanced nine-story building, which will augment and expand the Marina del Rey Hospital’s historical strength in surgery and emergency services.

"After years of community outreach efforts—gaining support from key community leaders, organizations and the city of Los Angeles—we're excited to begin building a new hospital that will allow those who live and work in the Marina del Rey area to receive the highest-quality healthcare without having to leave their neighborhoods," said Joanne Laguna-Kennedy, MSN, RN, vice president and chief operating officer of Cedars-Sinai Marina del Rey Hospital.

Read more on the Cedars-Sinai Blog: Best Gift Ever: Patient Gets New Heart and Kidney

As the highly contagious omicron variant surges COVID-19 cases to record highs, some are wondering if they should intentionally get the virus in the hope of developing immunity.The answer: No, absolutely not, say Cedars-Sinai experts."It sounds like …
Read more

Most Popular Stories of 2021