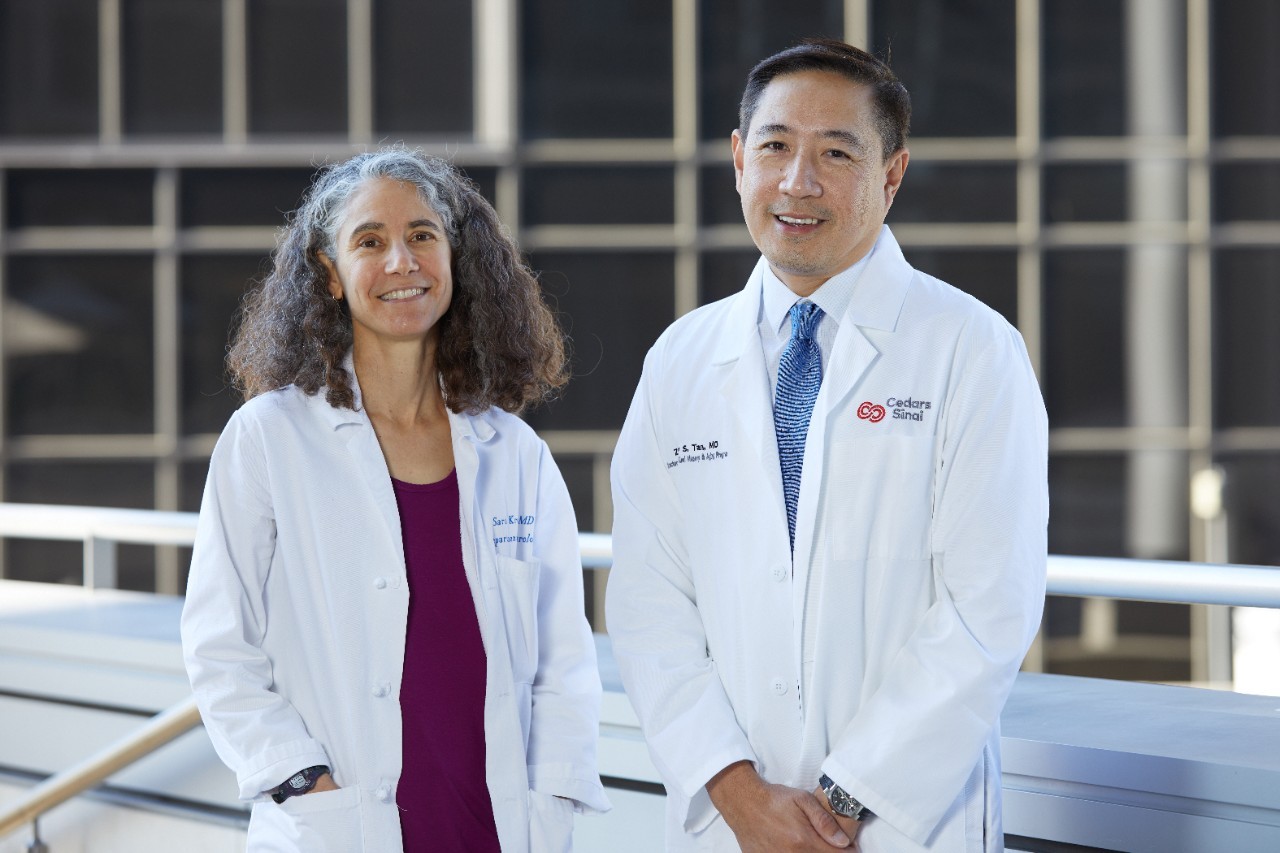 Sarah Kremen, MD, and Zaldy Tan, MD, are available for media interviews about the new drugs for Alzheimer's Disease patients. Photo by Cedars-Sinai.

The U.S. Food and Drug Administration is poised to make a decision on another new Alzheimer’s disease treatment this week, and experts from the Jona Goldrich Center for Alzheimer’s and Memory Disorders at Cedars-Sinai are available to explain how the drug works and which patients could benefit from the medication.

The new drug, lecanemab, is the first Alzheimer’s disease treatment to enter the FDA pipeline since the controversial approval of Aduhelm in 2021. Lecanemab was developed by the same two pharmaceutical companies that developed Aduhelm and works in a similar fashion, targeting clusters of protein called amyloid plaques that disrupt patients’ brain function. But lecanemab performed better during clinical trials.

“Unlike Aduhelm, which had an incomplete data set and where clinical trial data failed to demonstrate a definitive slowing in cognitive decline, lecanemab showed statistically significant slowing in cognitive and functional decline, as well as reduction of brain amyloid levels, and downstream beneficial effects on other markers of neurodegeneration,” said Sarah Kremen, MD, who leads the Alzheimer’s Disease Clinical Trials Program at Cedars-Sinai.

Given the evidence of lecanemab’s clinical benefit, the FDA could be weighing accelerated approval, which is designed for drugs thought to be effective but whose clinical benefits are yet to be fully proved

Sarah Kremen, MD, is director of the Neurobehavior Program and leads the Alzheimer’s Disease Clinical Trials Program at Cedars-Sinai. She treats patients with cognitive concerns, mild cognitive impairment, and Alzheimer’s and related dementias.

Zaldy Tan, MD, MPH, is medical director of the Jona Goldrich Center for Alzheimer’s and Memory Disorders at Cedars-Sinai and performs research on brain aging, Alzheimer’s and related dementias.

Cedars-Sinai can accommodate many virtual interview formats, including Zoom, FaceTime and Skype.

This week’s edition of Faculty Publications includes Cedars-Sinai studies that were published Jan.19-Jan. 26. If you have a published paper from this period that does not appear on this list, please contact Sue Marone, who will add it to next week’s …
Read more

WHAT: Cedars-Sinai healthcare professionals are offering the public a variety of free and important health screenings at a local church in South L.A. The free Jan. 28 screenings include glucose and cholesterol checks, blood pressure screenings, body …
Read more