MD Who Volunteers as Reserve Officer Saves a Life on Duty 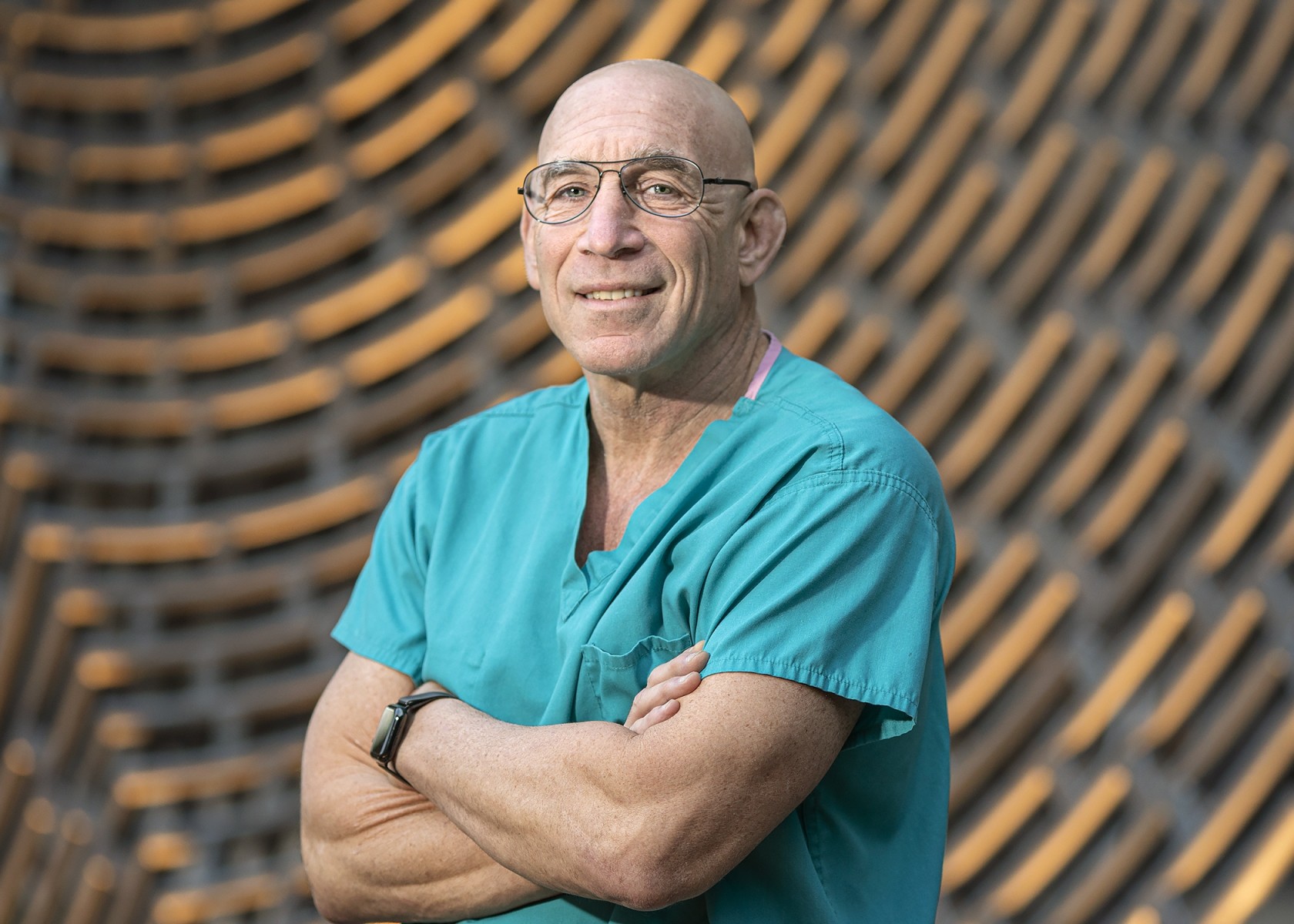 His desire to save and protect lives on the street, as well as in the operating room, was a big part of what propelled Paul Strauss, MD, to become a reserve police officer.

Los Angeles police raced to the scene a few weeks ago after getting a call about a military veteran threatening to kill herself.

Officers from the LAPD's Southwest Division found the woman in her bedroom unconscious and not breathing. But then one of them managed to quickly resuscitate her and kept her alive until an ambulance arrived.

The fast-thinking hero of the moment is someone who has seen plenty of life-and-death struggles, but he isn't a regular police officer. Instead, he was a reserve officer, an LAPD volunteer.

At the Southwest station, he’s known as "Doc." But at Cedars-Sinai, he's Paul Strauss, MD.

For Strauss, it was his most dramatic day in law enforcement since he began living a double life two years ago, working both as a police officer and as an anesthesiologist.

The desire to save and protect lives on the street, as well as in the operating room, was a big part of what propelled Strauss, 63, to earn a badge.

"I can bring my life experience and skills in the medical world to the citizens of Los Angeles," said Strauss, a physician at Cedars-Sinai since 1999. "That’s what life's about. It's not so much about money. It's about helping people. I know it sounds corny, but it’s true."

What's more, Strauss clearly enjoys police work. He went through the rigors of police academy training, where he was the second-oldest in his class, so that he could become a Level I, or top-level, reserve officer. That enables him to serve as a street cop, sometimes even doing undercover duty in the vice unit.

Strauss now puts in about 20 hours a week as a reserve officer, prompting him to trim his hours at Cedars-Sinai while still remaining a full member of the medical staff.

Sgt. Gil Pedregon, one of Strauss’ supervisors at the Southwest station, said regular patrol officers typically don't have much interaction with reserve officers, some of whom come in only occasionally. But Strauss is another story.

"He's always willing to help out," Pedregon said. "We're very thankful that he takes the time to come to our station and not just work at the desk or do paperwork. He actually suits up, puts a vest on, full gear, and he goes out in the field and works."

Strauss and his patrol car partner were quick to the scene to provide backup on Jan. 2 when the call came in about the military veteran. A friend of hers made the call to police, after seeing that the woman posted "goodbye" messages on social media.

After arriving, Strauss said, officers found the woman on her side in bed, amid empty bottles of pills and alcohol. At that point, Strauss started performing a jaw thrust maneuver, which pulled the woman's jaw forward, opening her airway and providing stimulation that spurred her to start breathing again. He kept repeating the maneuver for about 20 minutes until the ambulance arrived and took her to a hospital, where she was treated.

LAPD Sgt. Roger Perez, who was Strauss' watch supervisor that day and who arrived on the scene as Strauss was performing the jaw thrusts, said his medical experience was plain to see. "He did what he had to do," said Perez, adding that other officers have benefited from learning about first aid from Strauss.

Strauss was tempted to contact the woman afterward to check up on her, but out of respect for her privacy, he hasn’t. "There's a lot of psychological implications of seeing the person who saved your life," Strauss added. "It's not clear-cut if that’s the right thing to do for her."

After growing up in New York, where his father sold textiles and his mother was a sewing instructor at Fashion Institute of Technology, Strauss stayed in the area for college, medical school and the rest of his medical training. He decided to specialize in anesthesiology.

"It matches my personality," said the ruggedly built Strauss, who often is described as passionate and energetic. "It's basically instant gratification. Things are happening fast, and you have a very big impact on keeping somebody alive. … Our skills are basically to keep people alive," especially in trauma cases.

For example, Strauss said, "treating people with overdoses on the street is nothing more than waking up somebody from anesthesia."

One of his goals is to teach better "real world" first-aid skills to more of his fellow officers, "and use my New York kind of personality to give the officers confidence they can do it."

James D. Grant, MD, MBA, chair of the Department of Anesthesiology at Cedars-Sinai, also noted parallels between the work Strauss does in medicine and with the LAPD.

"Anesthesiology involves a lot of split-second, lifesaving decisions. If you look at the work Paul's doing [for the LAPD], it’s sort of a lot of the same things," Grant said. "We resuscitate. We have to change course quickly. We have to be two steps ahead. There's not a lot of room for error in anesthesiology."

Grant, who came to Cedars-Sinai early last year, added that, "In my short time here, I've been continually impressed with Paul's commitment to working with the LAPD."

Strauss considered becoming a reserve officer for years. Through his passion for martial arts, an interest that goes back to his late teens, Strauss has gotten to know lots of law enforcement personnel. He remains a certified law enforcement training instructor for martial arts. In more recent years, he has taken firearms classes, and that put him in contact with more police officers.

Still, he held off from joining the police department because he didn’t want to take time away from his medical career. And then came the San Bernardino, California, terrorist shooting in December 2015 that killed 14 people.

"My dream," he added, "is to share my real world first-aid skills with every street cop in Los Angeles."

As baseball heads into the final weeks of the regular season, Cedars-Sinai has opened a special exhibit, "Take Me Out to the Ball Game, 100+ Years of Baseball Movies & Entertainment." It features hand-drawn posters of classic baseball-themed movies …
Read more

Roma Gianchandani, MD,  has joined Cedars-Sinai as the new medical director of Diabetes Quality and vice-chair of Quality and Innovation.“We were extremely fortunate to have recruited Dr. Gianchandani from the University of Michigan, where she …
Read more

MD Who Volunteers as Reserve Officer Saves a Life on Duty