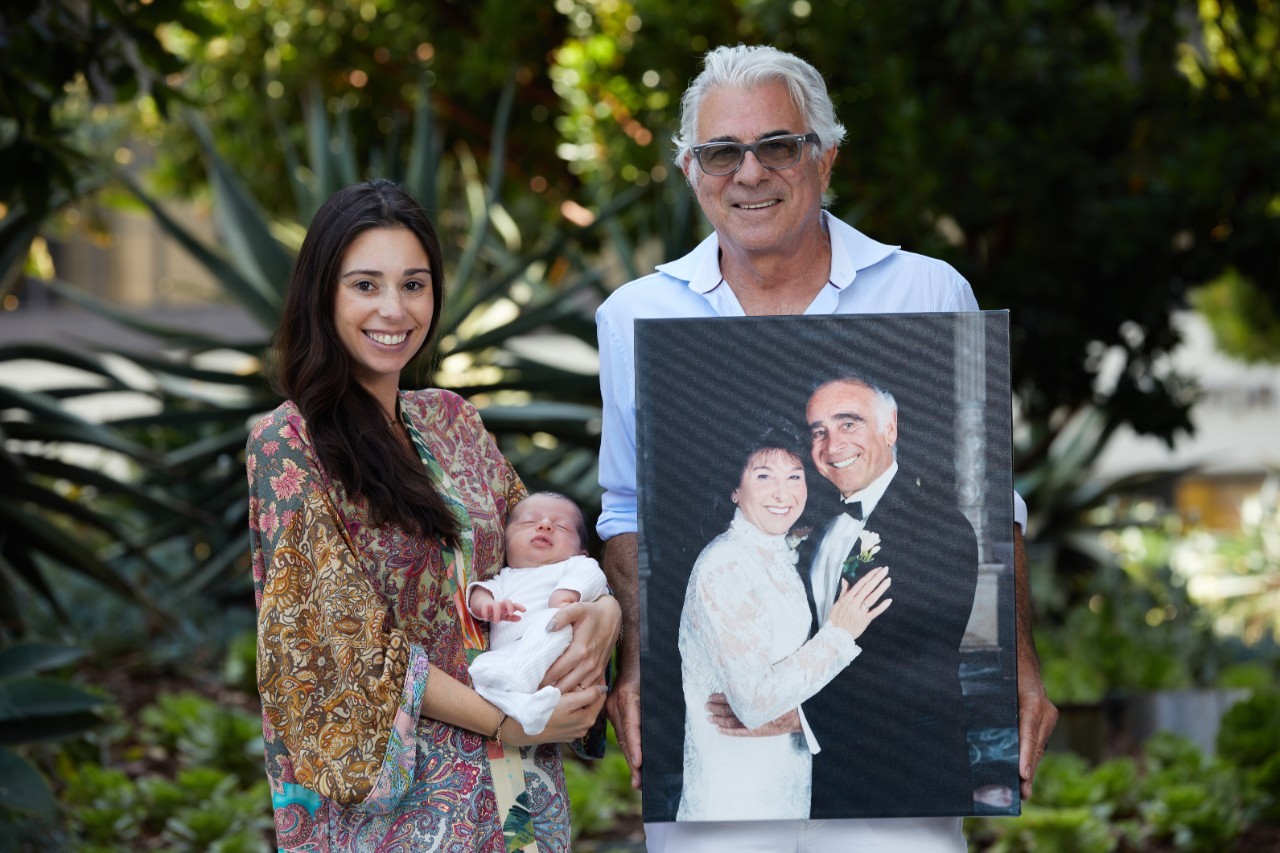 When Arnold Paul was born at Kaspare Cohn Hospital in 1924, no one knew a family tradition was starting.

The newborn Arnold was a first-generation American, born to Russian Jewish immigrants who had settled in the Boyle Heights neighborhood of Los Angeles, then served by Kaspare Cohn Hospital.

Kaspare Cohn opened in 1902 to serve Jewish immigrants who were denied healthcare elsewhere. It later merged with Cedars of Lebanon, the precursor to Cedars-Sinai. Arnold Paul’s birth there was the first of four family generations to be born at Cedars-Sinai or at one of the hospitals that later became Cedars-Sinai. The newest member of the family, Asher James Forman, made his debut just last month at Cedars-Sinai.

Great-grandfather Paul went to UCLA and the University of Southern California, served in World War II, got married to Yvette and had four children. All four were born at Cedars of Lebanon, with the youngest, Jeff Paul, having been born there in 1957.

Jeff grew up, got married, and moved to the San Fernando Valley, but the couple still wanted their children to be born at Cedars-Sinai.

“It’s the family hospital,” Jeff Paul said, “and even though we don’t live as close anymore, we still use Cedars-Sinai as our hospital.”

Last month, it was Jeff’s daughter Taylor’s turn. When it was time for her and her husband, Marc Forman, to have their first child, they, too, came to Cedars-Sinai to deliver. Asher James Forman was born three weeks early, on July 3.

The Cedars-Sinai Department of Obstetrics and Gynecology delivers more than 6,000 babies annually.

“It’s a testament to our history in the community and our reputation that we were the go-to hospital for four generations of one family,” said John Ozimek, DO, medical director of Labor and Delivery and the Maternal-Fetal Care Unit. “Let’s keep the tradition going.”

Sadly, Arnold Paul didn’t get to meet his great-grandson and namesake. He passed away eight years ago. Holding a picture of Arnold and the family matriarch, Yvette, the family posed for pictures outside Cedars-Sinai, celebrating four generations.

In a new study evaluating the Mediterranean diet and adverse pregnancy outcomes, investigators from the Smidt Heart Institute at Cedars-Sinai found that women who conceived while adhering to the anti-inflammatory diet had a significantly lower risk …
Read more