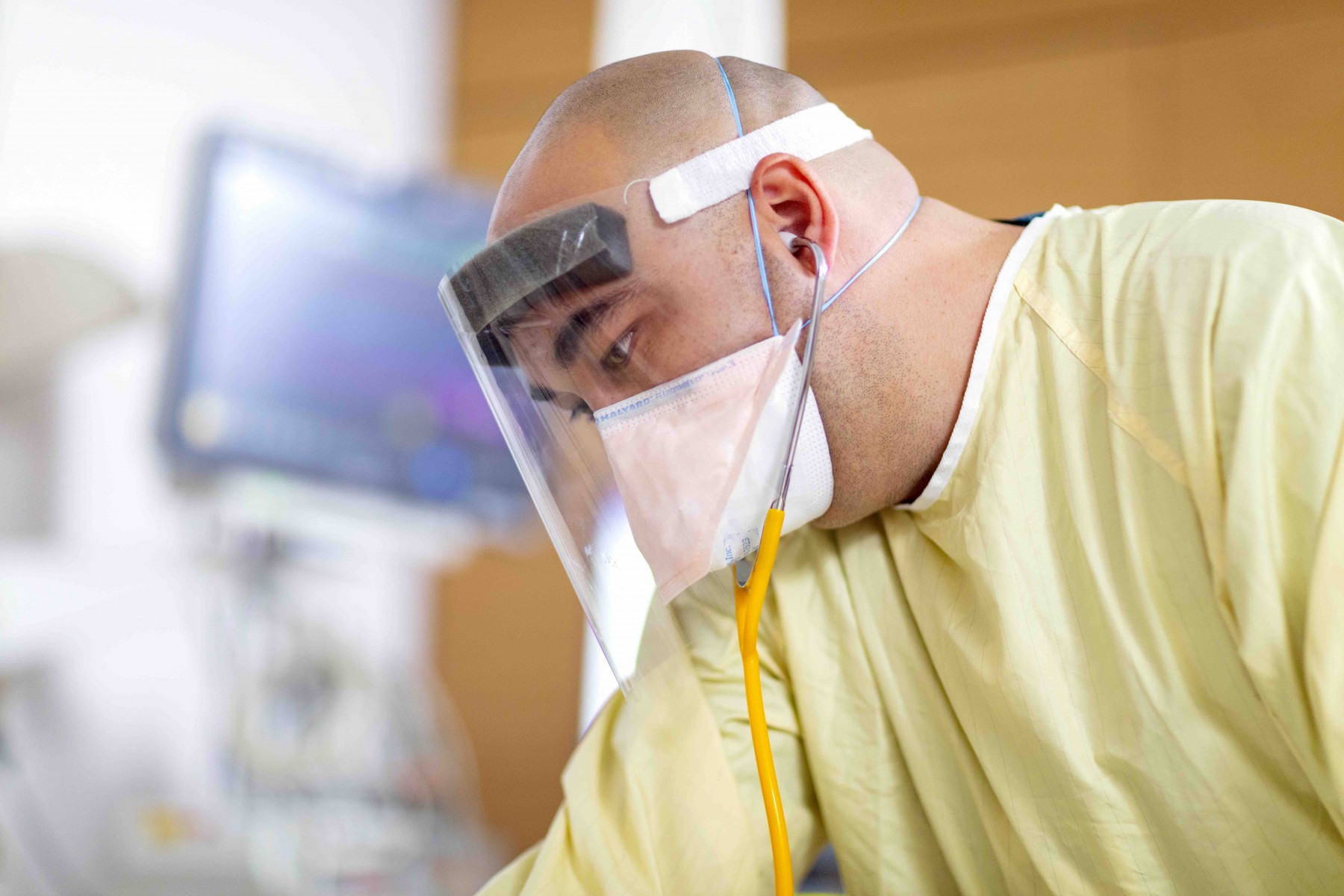 Most patients being admitted to Cedars-Sinai in January for COVID-19-related care were either unvaccinated, partially vaccinated, or had not received a booster shot. Photo by Cedars-Sinai.
Jose Chavez RN, with personal protective equipment (PPE) in patient room. Mask

The Los Angeles Times and ABC News spoke with Jeff Smith, MD, JD, MMM, executive vice president and chief operating officer at Cedars-Sinai, about the January surge in hospitalizations in Los Angeles County and throughout California due to the omicron variant of the virus that causes COVID-19.

Even as the winter's omicron-fueled surge seemed to be receding last month, hospital admissions and deaths had increased, both media outlets reported. According to the Times, late-January data showed total hospitalizations statewide approaching the peak of last winter’s surge.

"I think there's a perception in the community that [omicron] is not as serious. But it is still a burden on the health system," Smith told the Times. "It’s really just the sheer number of patients that causes challenges."

Most patients being admitted to Cedars-Sinai for COVID-19-related care were either unvaccinated, partially vaccinated, or had not received a booster shot, Smith told the Times.

Smith stressed the importance of vaccination and boosting for everyone who is eligible. He told ABC News it is essential for everyone to continue masking when appropriate and to be tested for COVID-19 if they develop symptoms.

Smith held out hope that case rates in Los Angeles could follow those seen in places such as New York City. "We’ve seen rates declining in some parts of the country and we’re hoping that our experience will be similar to what was seen in South Africa or the U.K., where the rates dropped almost as quickly as they rose," Smith told ABC News.

Click here to read the complete articles from the Los Angeles Times and ABC News.