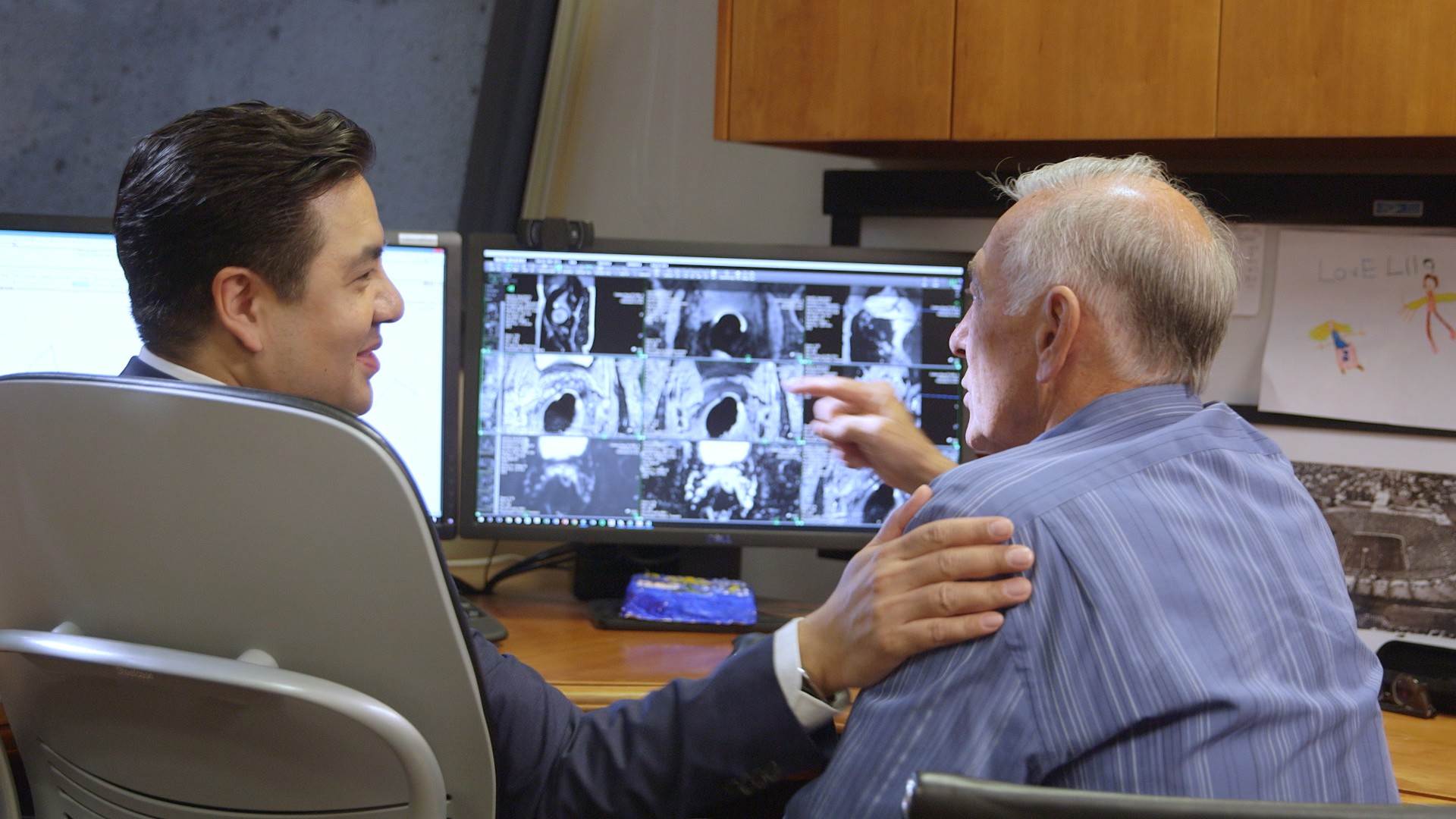 Edwin Posadas, MD, confers with patient Dale White, who has been on "active surveillance" for his prostate cancer for six years. Photo by Cedars-Sinai.

''I was shocked. I thought that was too radical,'' said White, 69. ''So I searched for other options and ended up at Cedars-Sinai, where Dr. Posadas told me I was a good candidate for active surveillance. That news changed my entire outlook about my cancer.''

Active surveillance is a process in which men with low-risk, slow-growing prostate cancer are regularly monitored to see if the cancer starts to grow and requires treatment, said Edwin Posadas, MD, medical director of the Urologic Oncology Program at Cedars-Sinai Cancer.

While prostate cancer surgery has been the go-to treatment for decades, today more men are opting to live with cancer that is regularly monitored. Because some types of prostate cancer are extremely slow-growing, active surveillance programs are now more acceptable to patients who want to avoid the potential risks of prostate surgery, which can include incontinence and erectile dysfunction.

Of the 165,000 men in the U.S. expected to be diagnosed with prostate cancer this year, according to the American Cancer Society, about half will have low-risk disease. Many of those patients—about half, according to a 2016 study published in JAMA Oncology—will opt for active surveillance.

Still, despite growing awareness about the low-impact treatment, there often is initial wariness about it, Posadas said.

''Dale had his qualms at first,'' Posadas said. "He, like some other patients, felt anxious about 'doing nothing,' as they view it. I tell them that we're actually doing plenty. It just doesn't involve a scalpel.''

Active-surveillance monitoring includes repeated blood tests for prostate-specific antigen, a prostate biopsy, rectal examinations, and in certain cases, imaging and cancer genetic screening, said Posadas, co-director of the Translational Oncology Program. Magnetic resonance imaging of the prostate helps keep tabs on the size of the tumor and may determine if the cancer has spread. If the cancer grows or becomes more aggressive, the next step typically is surgery or radiation therapy. 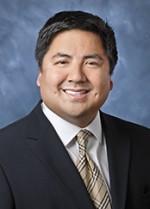 Dale had his qualms at first. He, like some other patients, felt anxious about 'doing nothing,' as they view it. I tell them that we're actually doing plenty. It just doesn't involve a scalpel.

At Cedars-Sinai, a multidisciplinary team that includes specialists in oncology, radiation, surgery and pathology decides on a case-by-case basis the best treatment plan for prostate cancer patients, Posadas said. The physicians also consider the patient's age and comfort level living with cancer.

Patient education is half the battle, Posadas said. Changes in guidelines also have contributed to men's confusion and anxiety. In 2017, the U.S. Preventive Services Task Force recommended against screening for prostate cancer to prevent excessive harm from potentially unnecessary interventions. Early this year the task force softened its stance, recommending that men ages 55 to 69 make an individual decision about whether to be screened after discussing potential benefits and risks with their clinician.

''Men should not avoid screening,'' Posadas said. ''If they are diagnosed with prostate cancer, there are treatment choices, something not always available with other cancers. They should take advantage of that.''

''This means monitoring his blood work twice a year and doing any other scans needed to make adjustments to his testing and intervention along the way—if necessary,'' Posadas said.

After one such visit, tests indicated that White's condition had changed slightly, so Posadas' team recommended additional tests. The results confirmed that the cancer was not growing or spreading, and White was able to continue active surveillance.

''It has allowed me to continue my active lifestyle,'' White said. ''Six years later, I play tennis, surf and enjoy my family.''

Will White's cancer remain slow-growing? No one can predict the future, Posadas said, but physicians ''can stay far ahead of it with patients on a good active surveillance protocol. Empowering a patient to make the decisions about where and when to have intervention gives them back the control that is taken when they hear they have cancer. That makes all the difference.''

Click here to watch a video about active surveillance.

Researchers have discovered a new way to transform the tissues surrounding prostate tumors to help the body's immune cells fight the cancer. The discovery, made in human and mouse cells and in laboratory mice, could lead to improvements in …
Read more

Long-term, regular use of baby aspirin—at least 15 times per month—prior to a diagnosis of colorectal cancer (CRC) may reduce the risk of death from the disease by limiting the spread of cancerous tumors pre-diagnosis, according to a study led by …
Read more

Discussions about digestion and elimination can be embarrassing, so many people, young and old, tend to avoid them. But ignoring the topic and skipping colorectal cancer screening can lead to deadly results, experts say.March is designated National …
Read more