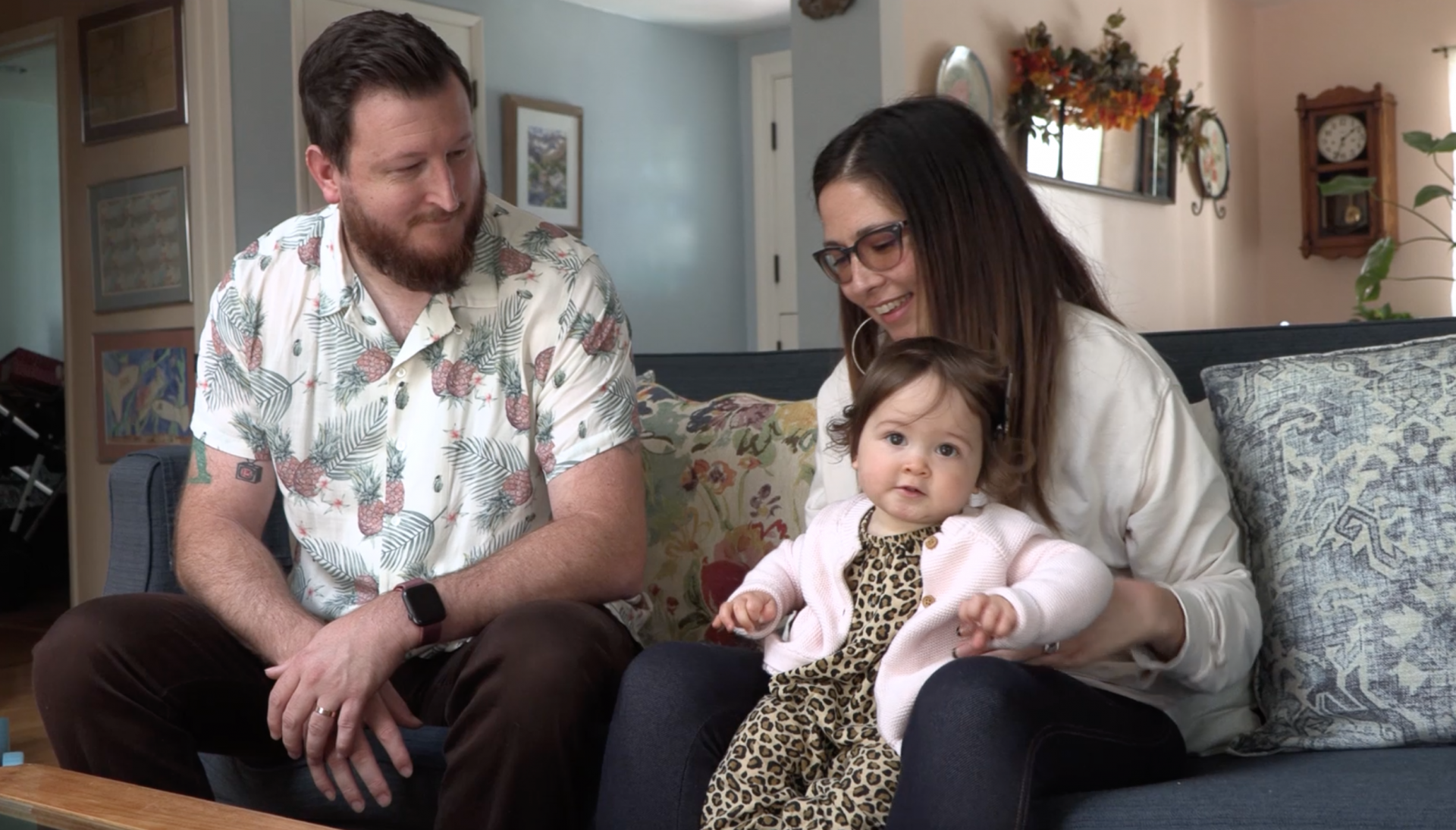 Daniel Levin and Amy Yamaguchi play with their daughter Maren. Photo by Cedars-Sinai.

Yamaguchi was nine months pregnant when she contracted COVID-19 in December 2020 before vaccines were available. She became extremely ill and was rushed to an Orange County hospital, where doctors delivered her daughter, Maren, by emergency cesarean section.

Yamaguchi was then flown to Cedars-Sinai and placed on extracorporeal membrane oxygenation (ECMO), a heart-lung bypass machine. But after almost three months without improvement, Nurok and others on Yamaguchi’s care team decided she needed a double lung transplant.

"At the time we did it, it was very unclear whether it was the right thing to do," Nurok told KCAL9 reporter Kristine Lazar. "She was running into more complications with ECMO, and we were running out of time."

During the nine-hour operation, Yamaguchi suffered a series of mini strokes. She emerged from the procedure with no memory of her pregnancy, her daughter or her husband of two years, Daniel Levin.

When she learned about Maren, whom Levin had been caring for with the help of family and friends, Yamaguchi feared her daughter wouldn’t know her.

"The doctors and nurses at Cedars-Sinai told me, 'Maren will remember you; she has known you the longest,'" Yamaguchi said in the KCBS article. "Danny brought her to me and placed her in my lap, and it was overwhelming—in a good sense."

The family was able to go home together in August, where Yamaguchi continues to recover.