How Does the Flu Vaccine Work? 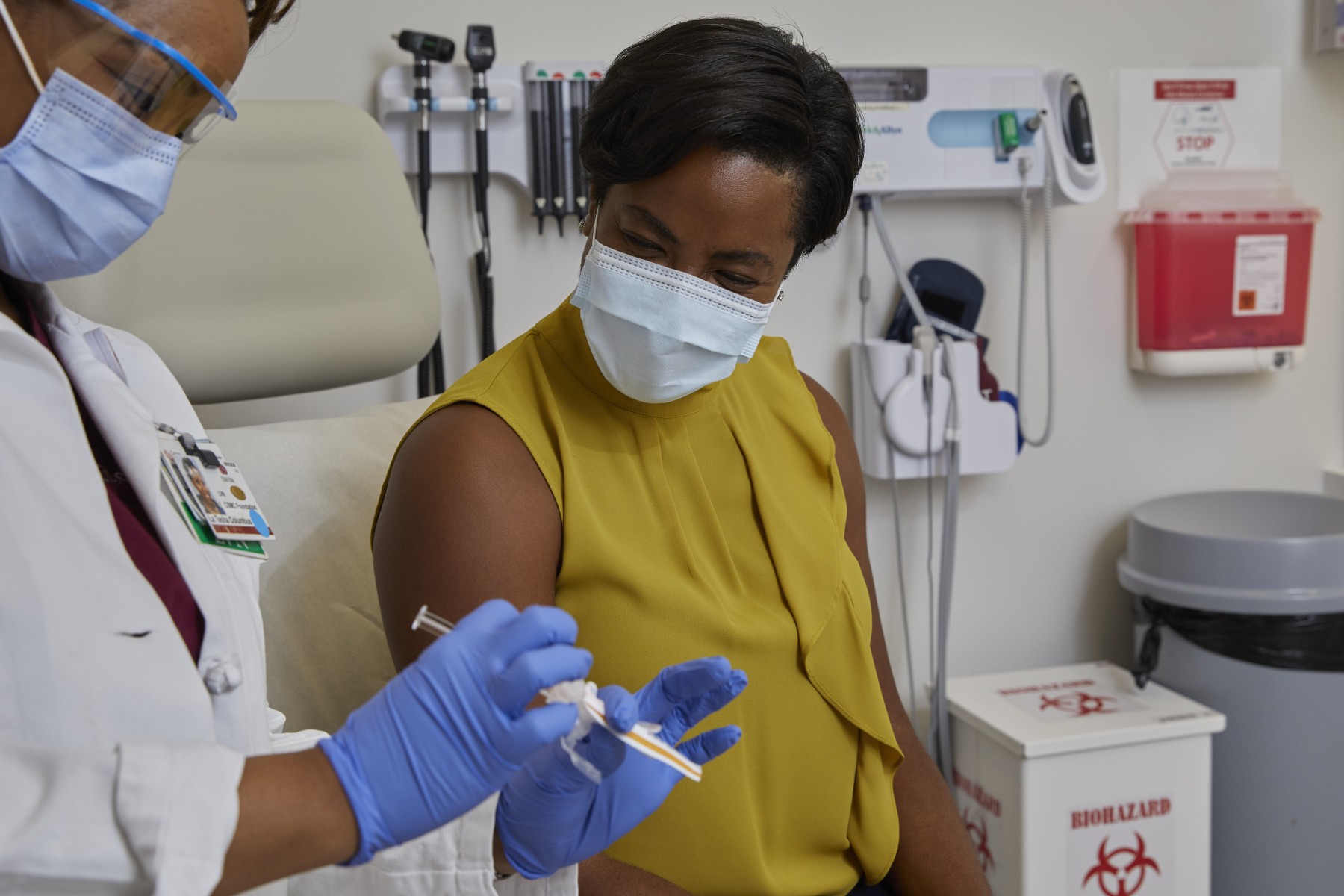 It's easy to take the flu shot for granted, but a lot of work throughout the year goes into developing a new formulation of the vaccine each season. Photo by Cedars-Sinai.
Dr. Stacy Tarradath getting this year's flu vaccination in clinical setting with LVN LaTasha Columbus wearing masks and face shield.

As the first cases of flu are reported in Los Angeles this season, public health experts are urging anyone who isn't already vaccinated to get the flu shot. It's the best protection against the flu, which could pummel the U.S. this winter after nearly disappearing last year.

"Getting vaccinated against the flu reduces your risk of becoming infected as well as your risk of being hospitalized with an infection or dying," said clinical pharmacist Hai Tran, PharmD, associate director of Pharmacy at Cedars-Sinai. "You not only protect yourself but also those around you, and you are helping build the herd immunity that protects the most vulnerable people in our community."

With everyone paying more attention to how vaccines work during the ongoing COVID-19 pandemic, the Cedars-Sinai Newsroom interviewed Tran to get a closer look at the flu vaccine. It's easy to take this long-established tool for granted, but a lot of work throughout the year goes into developing a new formulation of the shot each season.

We spoke with Tran for more details on the flu shot's origins, how it works and how it's developed each year.

How does the flu vaccine work?

Tran: The flu vaccine uses a deactivated or weakened version of the influenza virus to train your body to recognize an antigen (protein) on the surface of the virus. This causes your immune system to develop antibodies that will fight the flu.

How is the flu shot made?

Currently, most influenza vaccines are made using an egg-based process. Manufacturers use a fertilized chicken egg to grow whichever 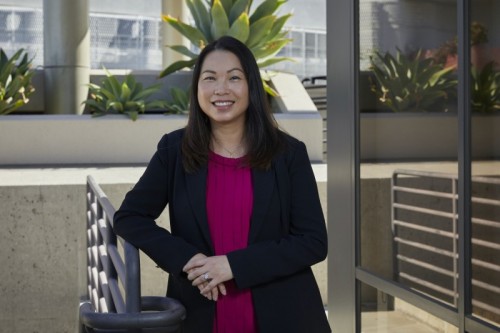 four strains of the virus the U.S. Food and Drug Administration (FDA) decides will be dominant during the upcoming flu season. Manufacturers incubate the egg, allowing the virus to replicate, harvest the virus and then deactivate or weaken it before adding it to a mass-produced injection. A second method uses an animal cell instead of egg cells.

The third process isolates the genes that have the instructions for making the target protein that your body's immune system must identify. Those genes are combined with a different virus that infects invertebrates, such as worms (it doesn't hurt humans) and helps pass the genetic instructions to a host cell. These proteins are grown in bulk, purified and become so-called recombinant vaccines.

How long does the flu vaccine protect you?

Tran: Protection against the flu wanes over time but lasts for at least six months.

What does it mean when people talk about the flu shot being a good match?

Tran: Because the influenza virus is constantly evolving, international public health authorities track the dominant strains year-round. In the U.S., the FDA meets in late February or early March to decide which strains the flu shot should protect against during the following flu season. They settle on the top three to four strains that are likely to spread the most easily and cause the worst harm. Some years, the flu vaccine is a good match for the viruses actually circulating, causing it to work very well. Other years, it's not as good of a match and less effective.

How is the flu shot different from the COVID-19 vaccine?

Tran: They're similar in that they both have the same goal of preventing severe illness and death, and they both teach your immune system to recognize and attack a virus. But the two vaccines are very different.

The COVID-19 vaccine targets one version of the coronavirus that causes that disease, whereas the flu vaccine always targets multiple influenza viruses. They are also different types of vaccines produced in different ways. The flu shots are either egg-based vaccines or cell-based vaccines, or they're made using recombinant technology. The Pfizer-BioNTech and Moderna COVID-19 vaccines use messenger RNA (mRNA) to teach your cells how to make the protein that your immune system will target. And the Johnson & Johnson vaccine uses a harmless virus that teaches your body's cells to make that target protein.

When were flu vaccines first created and approved for use in the U.S.?

Have there been any recent updates to the way flu vaccines are developed?

Tran: Before the pandemic began, the government already was trying to develop a universal flu vaccine that would work on many different influenza strains. It's an exciting time in the development of vaccines. Because of the pandemic, scientists are finding new ways to develop vaccines more efficiently, which will help us in the future.

Read more on the Cedars-Sinai Blog: What's the Difference Between a Cold, the Flu and COVID-19?

How Does the Flu Vaccine Work?