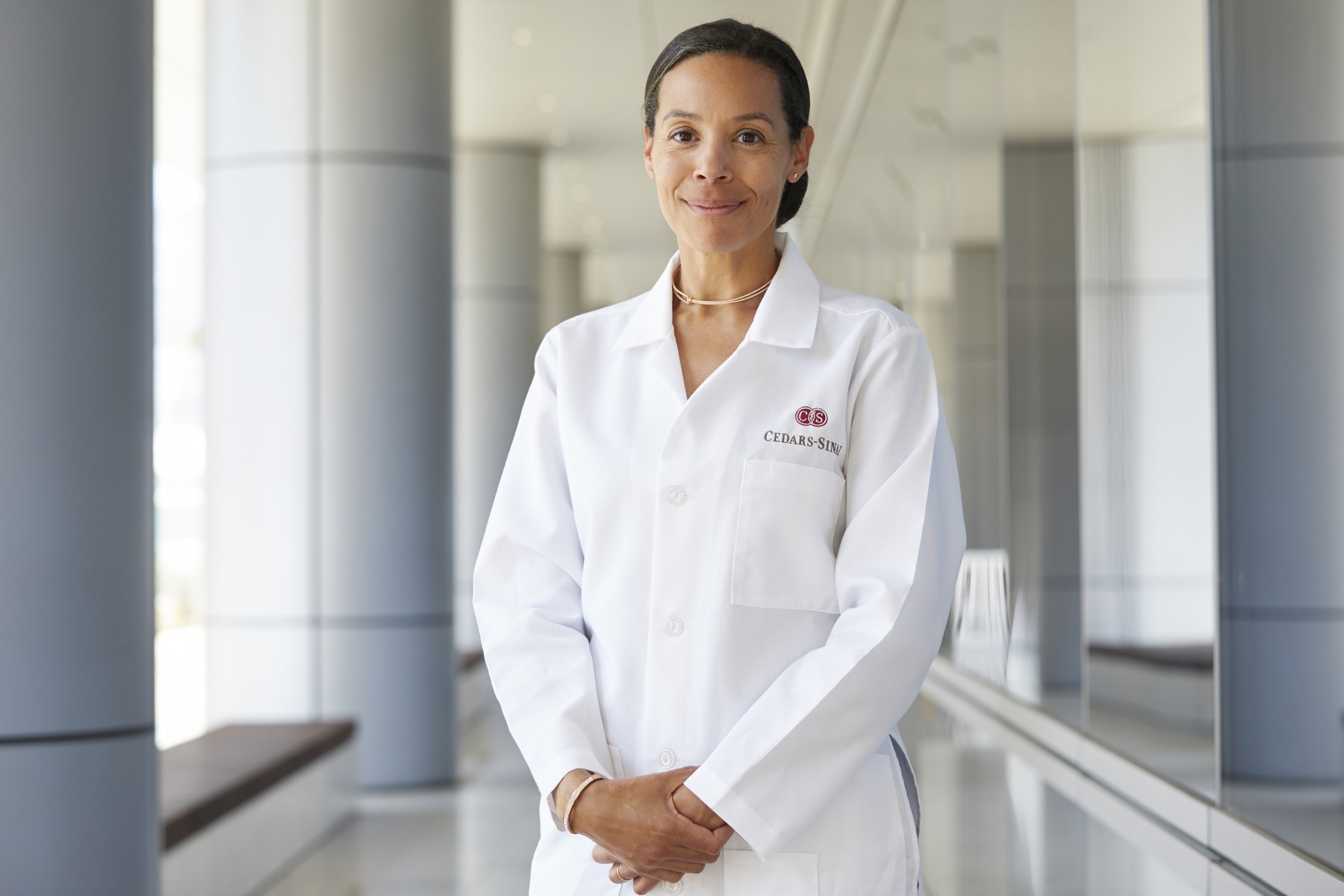 Heart surgeon Joanna Chikwe is the founding chair of the Department of Cardiac Surgery in the Smidt Heart Institute. Photo by Cedars-Sinai.

The mitral valve regulates blood flow from the heart’s left atrium into the left ventricle. When a mitral valve leaks, blood can flow in the opposite direction, causing breathlessness, chest discomfort, palpitations and fatigue.

"You have a much bigger range of options now to treat any kind of valve disease than we did even three or four years ago," Chikwe told HeartValvesurgery.com.

Leaking mitral valves can be replaced with mechanical or animal valves, though Chikwe said both of these options have drawbacks.

"If you have an animal valve, you’re probably buying yourself another operation down the line," she said during the webinar. "And if you have a mechanical or metal valve, there’s less likelihood that you’ll need another operation, but you will have to take a blood thinner [to lessen the risk of stroke]."

Chikwe prefers to repair mitral valves whenever possible. "It's one of the few things we do that, if you do it right, gets you back to a normal life expectancy," she said.

About 95% of patients who had robotic mitral valve repair at Cedars-Sinai were alive and well five years later, according to research Chikwe shared.

Increasingly, mitral valve replacement or repair can be performed through an artery accessed through the groin, avoiding open-heart surgery. The procedure is fairly new, but Chikwe said patient outcomes thus far have been positive.