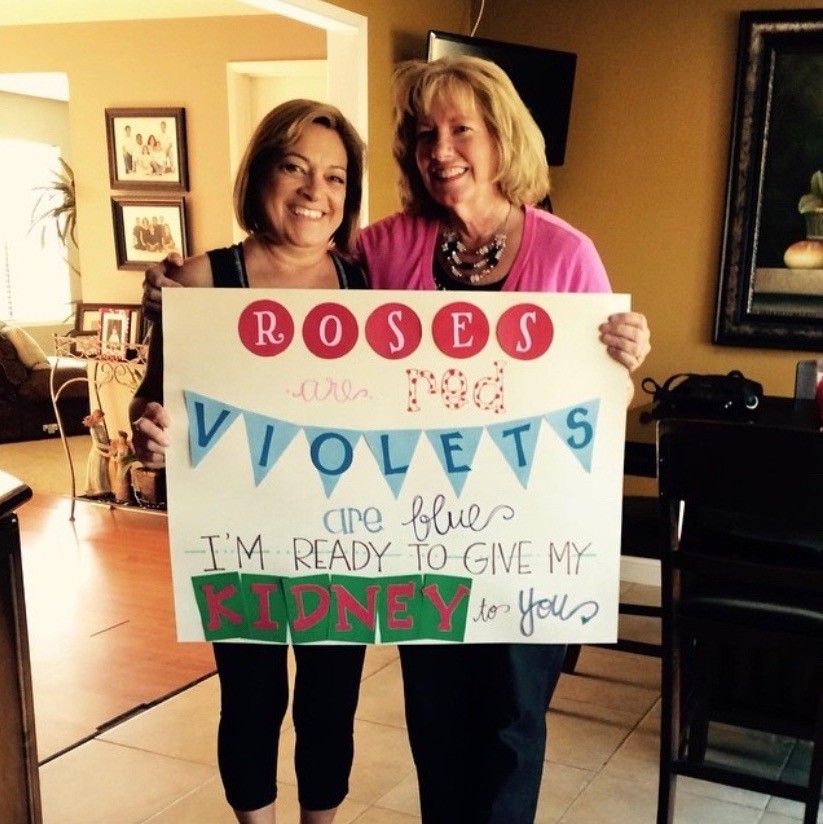 Growing up together in Southern California, best friends Chris and Debbie had experienced many of life’s milestones together. So in 2015, when Debbie learned that Chris had a genetic disorder that required a kidney transplant, Debbie didn’t hesitate to help.

“You can have mine,” Debbie recalled telling Chris, in the Good Morning America segment. “I didn’t even know what the process was.”

A few years later, when Ron, who has Type 2 diabetes, also needed a kidney transplant, Brad stepped up to offer his, just as his wife had done for Chris.

Nearly 25,000 Americans received kidney transplants in 2021, according to the United Network for Organ Sharing. But this transplant story was unusual, Todo said in the Good Morning America segment.

“In the seven or so years that I’ve been doing this, I’ve never seen anything like it,” Todo said. “I think it’s very unique. I’m glad that they were able to find each other.”

TODAY.com: Following a Mediterranean Diet During Pregnancy Has Lots of Benefits, Study Finds

TODAY.com recently interviewed Natalie Bello, MD, MPH, director of Hypertension Research and associate professor of Cardiology in the Smidt Heart Institute at Cedars-Sinai, about a recent study linking a Mediterranean diet to a lower risk of …
Read more