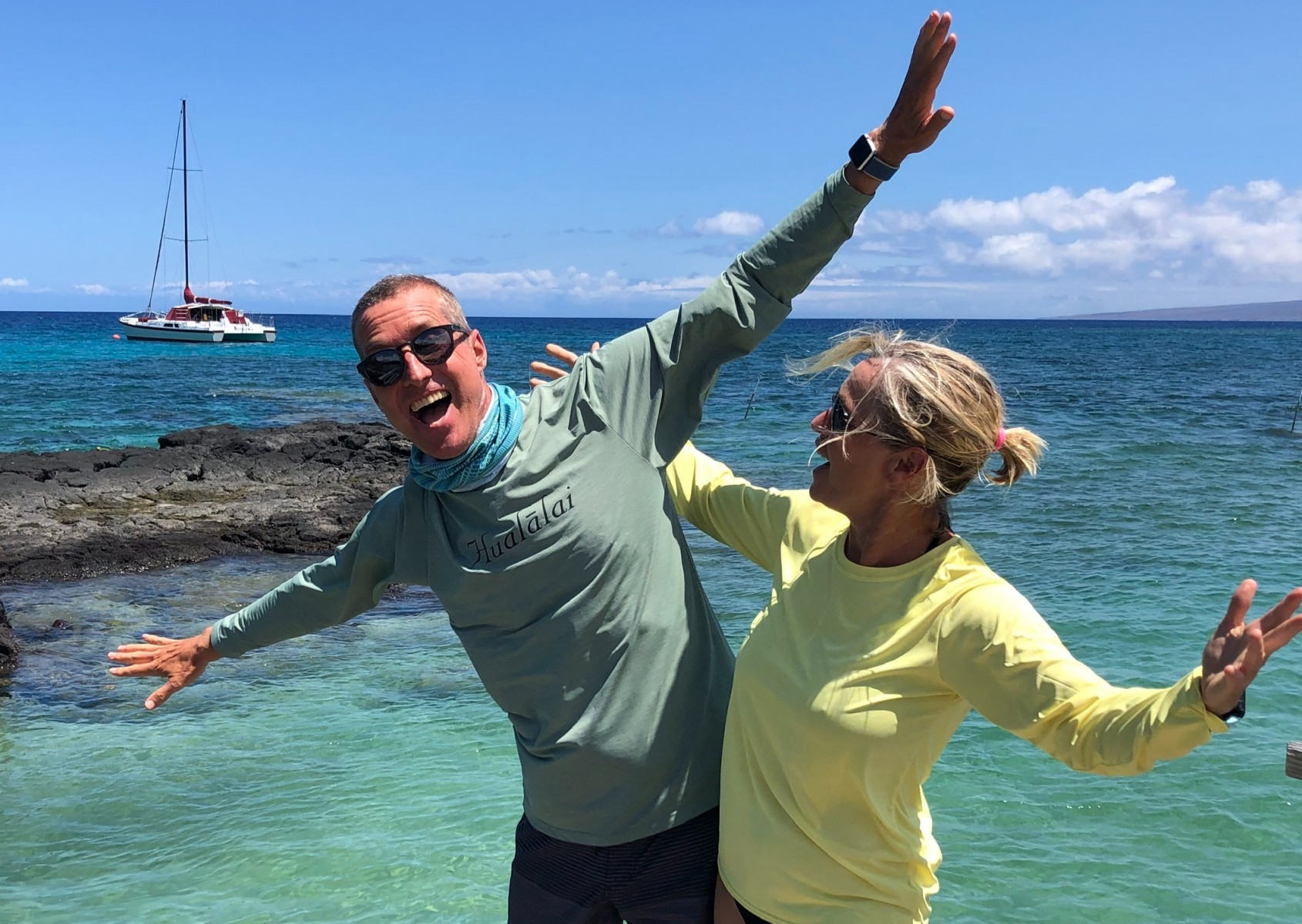 After undergoing treatment at Cedars-Sinai for aggressive brain cancer, Colin Clark is back home in Hawaii training for his next Ironman race. Photo courtesy of Colin Clark.

Good Morning America recently featured the story of endurance athlete Colin Clark, who was diagnosed with stage 4 brain cancer in 2019, and Keith Black, MD, chair of the Department of Neurosurgery at Cedars-Sinai, who treated him.

Clark, who lives in Hawaii, had experienced a few minor symptoms, such as uncontrollable hand movements, before he had a seizure that made local specialists suspect he had brain cancer. Clark then traveled to Cedars-Sinai, where a team led by Black diagnosed Clark with a very aggressive, terminal brain cancer called glioblastoma.

Clark's tumors originated in the part of the brain that controls movement, making surgery a risky option that could result in paralysis or the loss of sight or speech. Instead, Black and his team treated Clark with radiation and chemotherapy.

A devoted husband and father, Clark was determined to overcome his daunting diagnosis. "I immediately knew that I had to be a fighter, and I wanted my daughter Nadia to see what you could do in adversity," he told Good Morning America.

That positive attitude was key to Clark’s remarkable progress against the disease. Today, he is back in his running shoes, in the water and on his bike, training for the Kona Ironman race.

"His state of mind had a tremendous role in his ability to heal, to assist the therapies that we were doing, to actually get to the point where he’s had such a remarkable outcome," Black told Good Morning America.

Click here to view the complete video on GoodMorningAmerica.com.