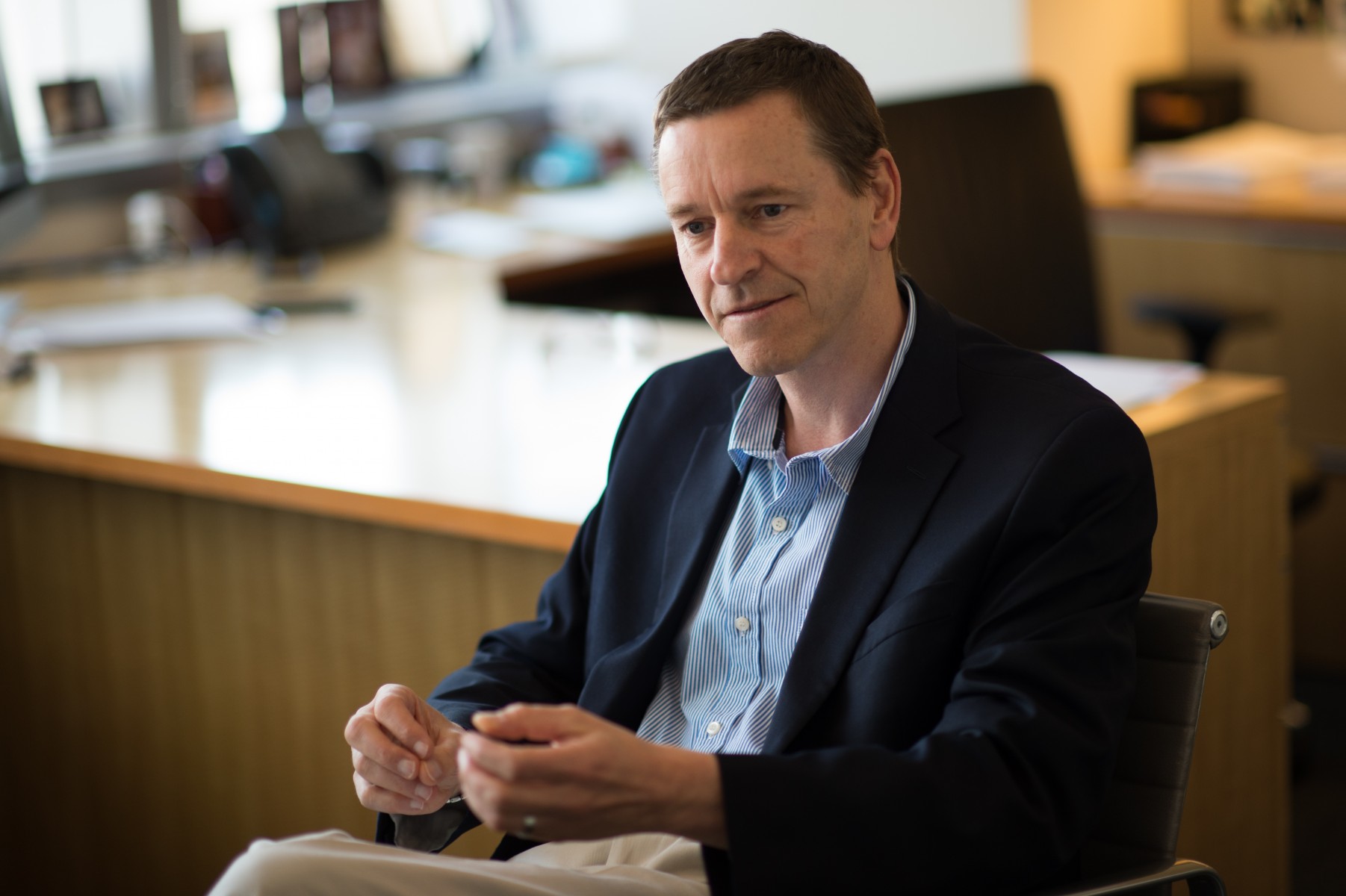 Clive Svendsen, PhD, is director of the Board of Governors Regenerative Medicine Institute at Cedars-Sinai. Photo by Cedars-Sinai.

Geek Wire recently featured the five recipients of the 2019 Allen Distinguished Investigators award, including Clive Svendsen, PhD, professor of Biomedical Sciences and Medicine and director of the Cedars-Sinai Board of Governors Regenerative Medicine Institute.

The awards, totaling $7.5 million, focus on stem cell therapies and single-cell interactions in their native environments. Each recipient will receive $1.5 million in support for their projects over three years.

According to Geek Wire, the late Microsoft co-founder Paul Allen gave the Allen Distinguished Investigator program its start in 2010 as a way to support significant early-stage research that’s less likely to receive grants from traditional sources. This year’s selections bring the roster to a total of 74 researchers, including 13 from the University of Washington.

Svendsen, a leader in stem cell research, will use his award to model how interactions between the gut microbiome and the brain might influence neuron death in patients with Parkinson’s disease.

Parkinson's disease is a motor system disorder that gets worse over time. It’s caused by the loss of brain cells that make dopamine, a substance that helps with smooth and coordinated muscle movement.

Although the cause of Parkinson's disease is unknown, experts believe the symptoms are linked to a chemical imbalance in the brain caused by brain-cell death. Experts also think it may be caused by a mix of genetics and environmental exposure, including rural living, exposure to well water and exposure to agricultural pesticides and herbicides.