From The Congo to Los Angeles: Fighting for Health and Human Dignity 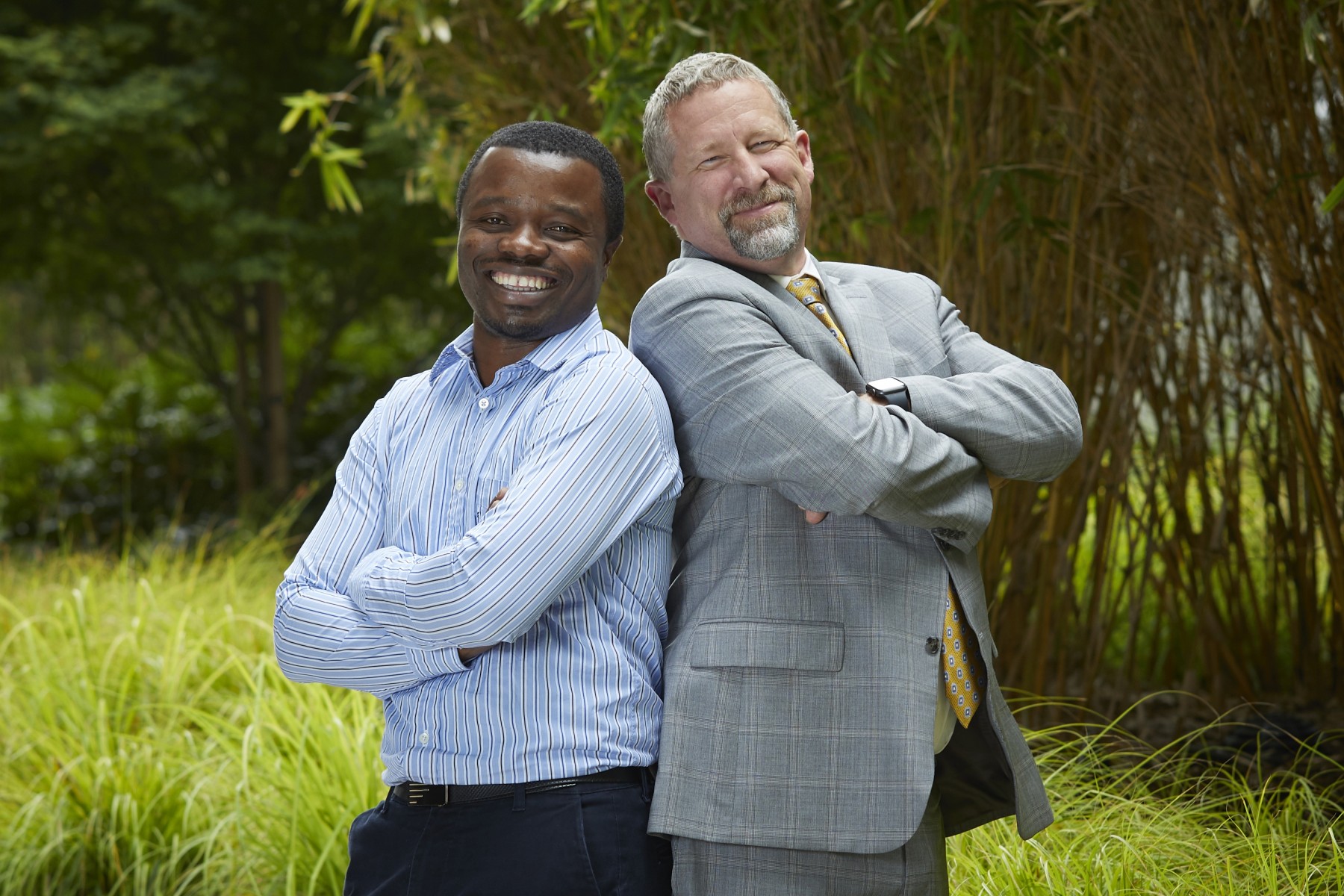 His hospital is known for being on the front lines of treating women subjected to sexual violence and a source of expertise for its entire region. Yet Kaliri and his colleagues are often without the latest medical technology in many disciplines needed for comprehensive care.

Still, Kaliri, who this week completes a four-week visitorship at Cedars-Sinai, embodies an ethic important to healthcare professionals everywhere: respect for human dignity.

Kaliri emphasizes that principle in his work as a general practioner at the Panzi Hospital, whose founder, Denis Mukwege, won the Nobel Peace Prize last year. Mukwege, a gynecologist, and the hospital are acclaimed for caring for thousands of women harmed by mass rape and other sexual violence amid warfare that has persisted since before the hospital opened in 1999.

In his advocacy work, Mukwege, ignoring threats to his life, has criticized the Congolese government for acts of sexual violence by its troops. In a 2012 address at the United Nations, he rebuked Congo and other nations for failing to stop "an unjust war that has used violence against women and rape as a strategy of war."

Mukwege's original aim in founding the hospital, Kaliri explained, was to reduce Congo's high maternal death rate. But the hospital, he said, was soon swamped by women injured and traumatized by sexual violence.

Kaliri, who grew up in a poor neighborhood near Panzi Hospital and who for three years has been in charge of its emergency service and outpatient care, praises his mentor.

"He taught me about the value of a human being, the respect for human dignity," said Kaliri, who speaks Swahili, French and English, as well as two local languages used in Congo. "This is the biggest thing I learned from Dr. Mukwege."

Kaliri's stay at Cedars-Sinai was intended as preparation for him to study cardiology, a specialization desperately needed in his country. Kaliri, 34, is looking into getting that additional education in another African nation with more expertise in the field, possibly Egypt, Niger or Togo.

The chief operating officer of Cedars-Sinai Medical Center, Jeffrey A. Smith, MD, JD, MMM, became friends with Kaliri while making two visits to the Panzi Hospital over the last two years. Smith is covering the cost for Kaliri's stay at Cedars-Sinai as well as for his upcoming cardiology training, along with the education of two other Panzi Hospital doctors seeking to specialize.

Smith said he was inspired by the work of Kaliri and his Nobel laureate mentor. Witnessing "the great work that they're doing, it was just a calling for me," Smith said.

Kaliri "talks about how technology isn't everything," but instead emphasizes "how you treat the patient." That holistic model of care, Smith added, "is important not just to victims of sexual violence but to all of our patients."

At Cedars-Sinai, Kaliri has observed medical care in the general internal medicine area and the emergency room. He said he was impressed by the treatment protocols stemming from evidence-based medicine. That sharply differs from most protocols in Congo, where in the absence of local medical research, doctors often rely on what Kaliri said are out-of-date protocols or old medical reference books.

Smith described the community of Bukavu, where Panzi Hospital is located, as an area whose population has soared to almost 1 million as people have flocked there from the countryside because of the warfare. "People are living in very difficult conditions, overcrowded conditions, with intermittent electricity, and oftentimes there is no running water," he said.

The 450-bed hospital itself, Smith said, often has patients "sharing beds in big open wards," although officials avoid doubling up the 200 beds devoted to victims of sexual violence.

In a presentation to medical staff and students at Cedars-Sinai, Kaliri cited how the hospital and its affiliated foundation have broadened their services to include psychological counseling, legal assistance and job training. He said the aim is to help sexual violence survivors make a successful return to society and to restore their sense of dignity. He said the hospital also is training rural healthcare workers—some of whom previously operated on women without anesthetics when the drugs were out of stock—to improve patient care in his country's remote areas.

Kaliri was unsparing in his description of the suffering endured by some of his hospital's patients and provided horrifying statistics. For example, the hospital from September 1999 through August 2018 treated 54,471 sexual violence survivors. Separate statistics tracking most of that period showed that 3% to 6% of the sexual violence survivors were children under 10 years old.

Some of the women attacked, Kaliri said, have been violated with guns and knives. "Just by looking at the injuries, you are shocked," he said.

"When you see what these people are doing to these young girls," Kaliri added later, "you hardly believe it is possible."

Read more on the Cedars-Sinai Blog: Know the Signs of Human Trafficking

As baseball heads into the final weeks of the regular season, Cedars-Sinai has opened a special exhibit, "Take Me Out to the Ball Game, 100+ Years of Baseball Movies & Entertainment." It features hand-drawn posters of classic baseball-themed movies …
Read more

Roma Gianchandani, MD,  has joined Cedars-Sinai as the new medical director of Diabetes Quality and vice-chair of Quality and Innovation.“We were extremely fortunate to have recruited Dr. Gianchandani from the University of Michigan, where she …
Read more

From The Congo to Los Angeles: Fighting for Health and Human Dignity