FOX 11: Transplant recipient encourages others to donate organs ahead of display during Rose Parade 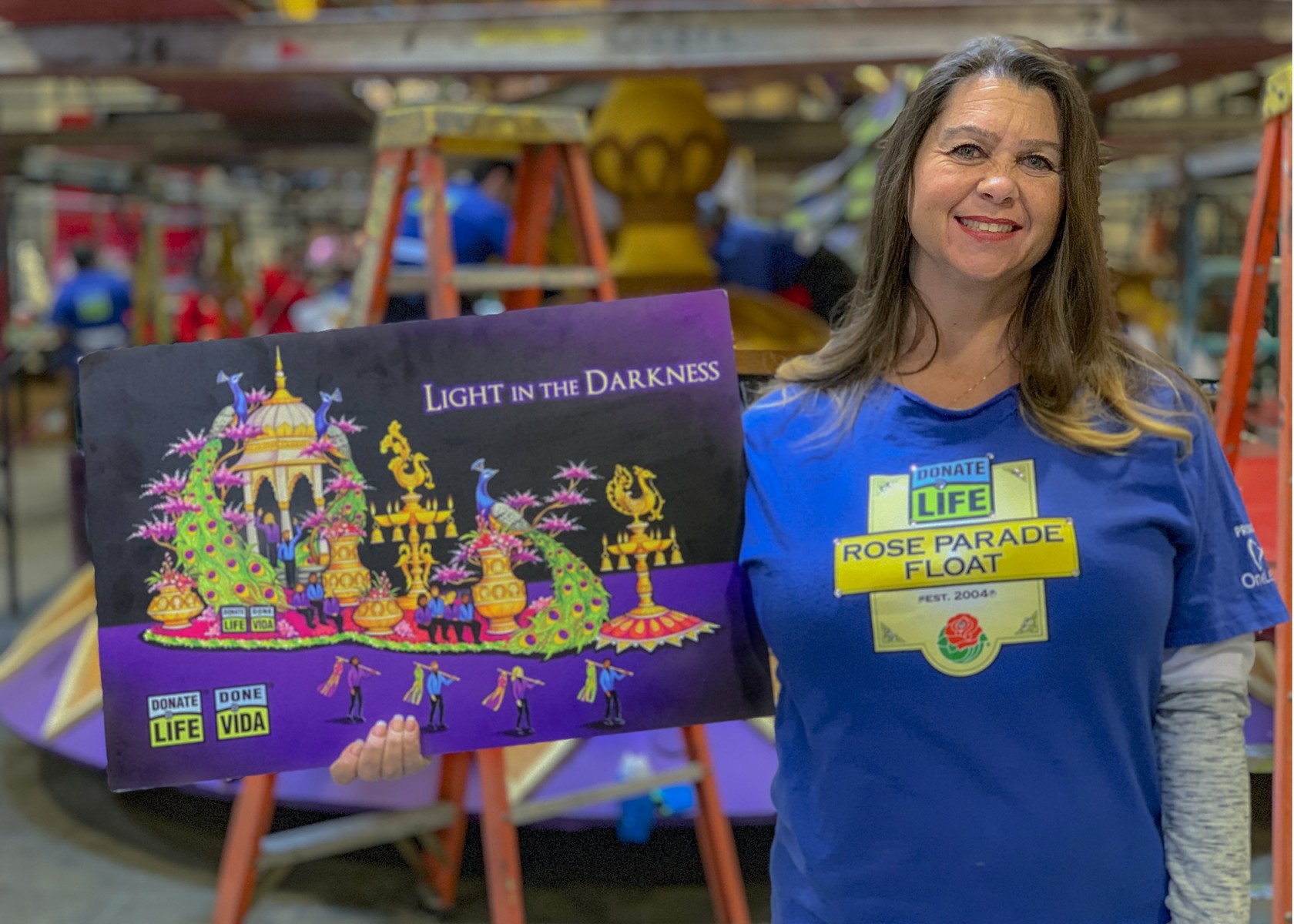 FOX 11 interviewed Cedars-Sinai patient Regina Armstrong about her experience as a double transplant recipient and her plans to ride this year's Donate Life float, sponsored by Cedars-Sinai, in the annual Rose Parade.

Armstrong told FOX 11 that she underwent a heart transplant at age 12 after catching a virus that caused cardiomyopathy, which damaged her heart. Her donor was a teenage girl who had died in a car crash. Armstrong never met the girl's family but is grateful for the sacrifice her donor's family made.

"I've lived a pretty good life from it," Armstrong told FOX 11. "I was able to marry my high school sweetheart, and I have a son who's 17 years old now."

In 2018, after over 30 years of anti-rejection drugs, Armstrong's kidneys were failing and she needed a kidney transplant. She received her transplant a year ago on New Year's Eve from a deceased donor.

"I was very blessed for that," Armstrong told FOX 11. "There are no words to express my ultimate gratitude towards them."

Today, Armstrong is in good health, and in the lead-up to the Rose Parade, she has been working daily to help decorate her float. She told FOX 11 says she is beyond excited to be a float rider in the parade. Armstrong's message and the message of the Donate Life organization is to encourage organ and tissue donation.

"I'm very excited to ride this float it's a huge honor," Armstrong told FOX 11. She told other patients who are waiting for an organ transplant, "Don't give up."

FOX 11: Transplant recipient encourages others to donate organs ahead of display during Rose Parade