Forbes: Scientists Are Looking into the Eyes of Patients to Diagnose Neurodegenerative Diseases 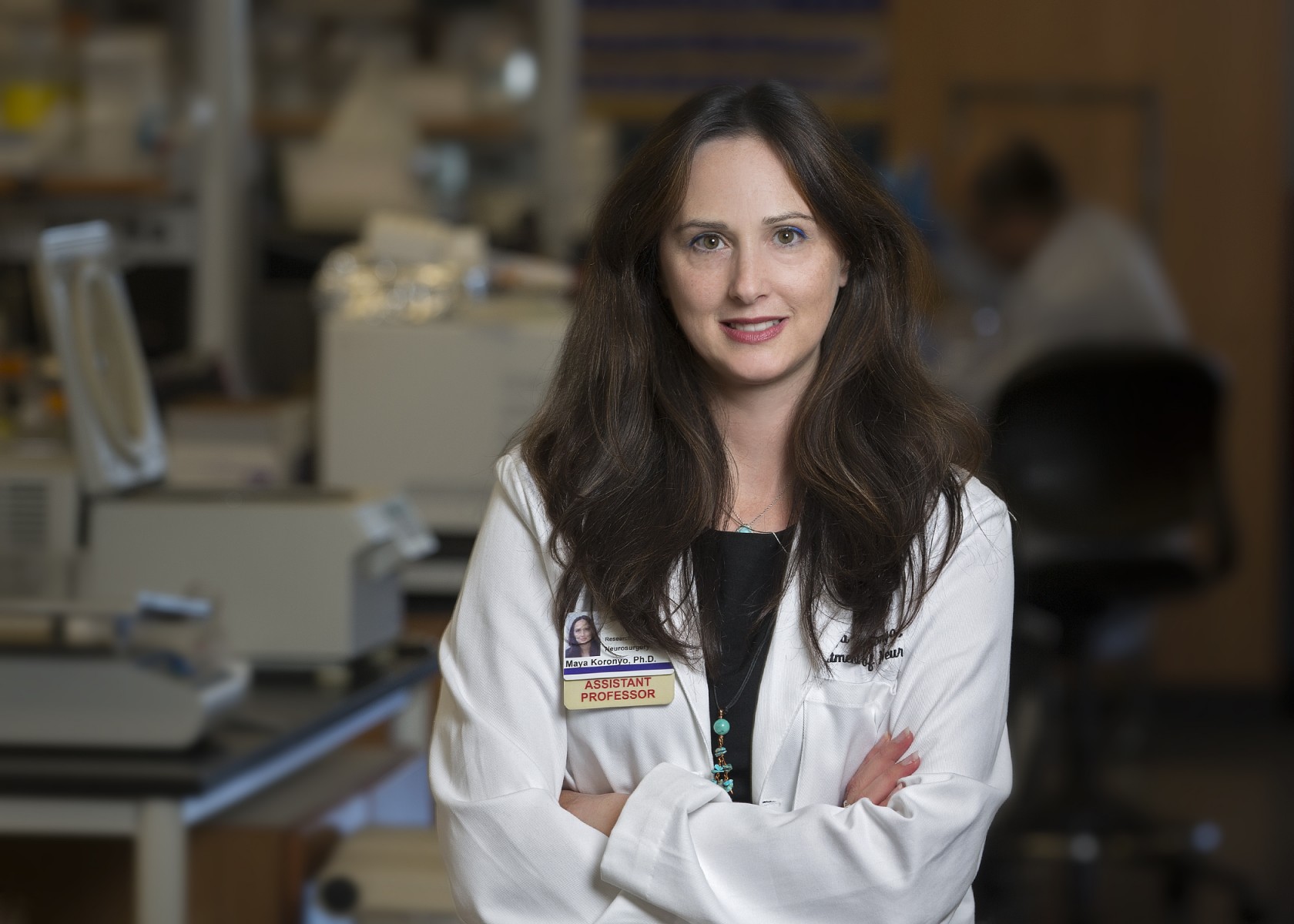 Forbes reporter Jackie Rocheleau recently spoke with Maya Koronyo-Hamaoui, PhD, about Cedars-Sinai-led research that identified areas in the eye’s retina that are more affected by Alzheimer’s disease than other areas. The discovery could potentially lead to earlier and more accessible diagnoses.

Koronyo-Hamaoui, an associate professor of Neurosurgery and Biomedical Sciences at Cedars-Sinai, told Rocheleau that the findings could help physicians predict changes in the brain and cognitive deterioration, even in patients with the earliest signs of impairment.

“These clues can occur very early on in the progression of Alzheimer’s disease, even several decades before symptoms appear,” Koronyo-Hamaoui said.

Currently, there are few affordable, noninvasive options to diagnose brain conditions such as Parkinson’s and Alzheimer’s that are characterized by the progressive death of brain cells, Koronyo-Hamaoui explained.

But many researchers are focusing on methods for diagnosing brain conditions via the retina because “it is a window to the brain,” Koronyo-Hamaoui told Rocheleau. This layer of nerve cells at the back of the eye sends visual information to the areas of the brain responsible for sight. The retina also is easy for doctors and scientists to see using affordable and noninvasive digital imaging.

If approved, this method could allow physicians to detect signs of disease earlier and expand access for people who can’t afford other tests.

Koronyo-Hamaoui told Rocheleau that she and her lab are involved in ongoing studies to develop noninvasive diagnostic tools using retinal imaging for Alzheimer’s disease, building on earlier studies they conducted. Their most recent work found that the greater the buildup of proteins called amyloid beta plaques in a certain region of the retina, the smaller the region of the brain called the hippocampus, which is involved with memory and is greatly affected in Alzheimer’s disease.

Click here to read the complete story from Forbes.

Forbes: Scientists Are Looking into the Eyes of Patients to Diagnose Neurodegenerative Diseases