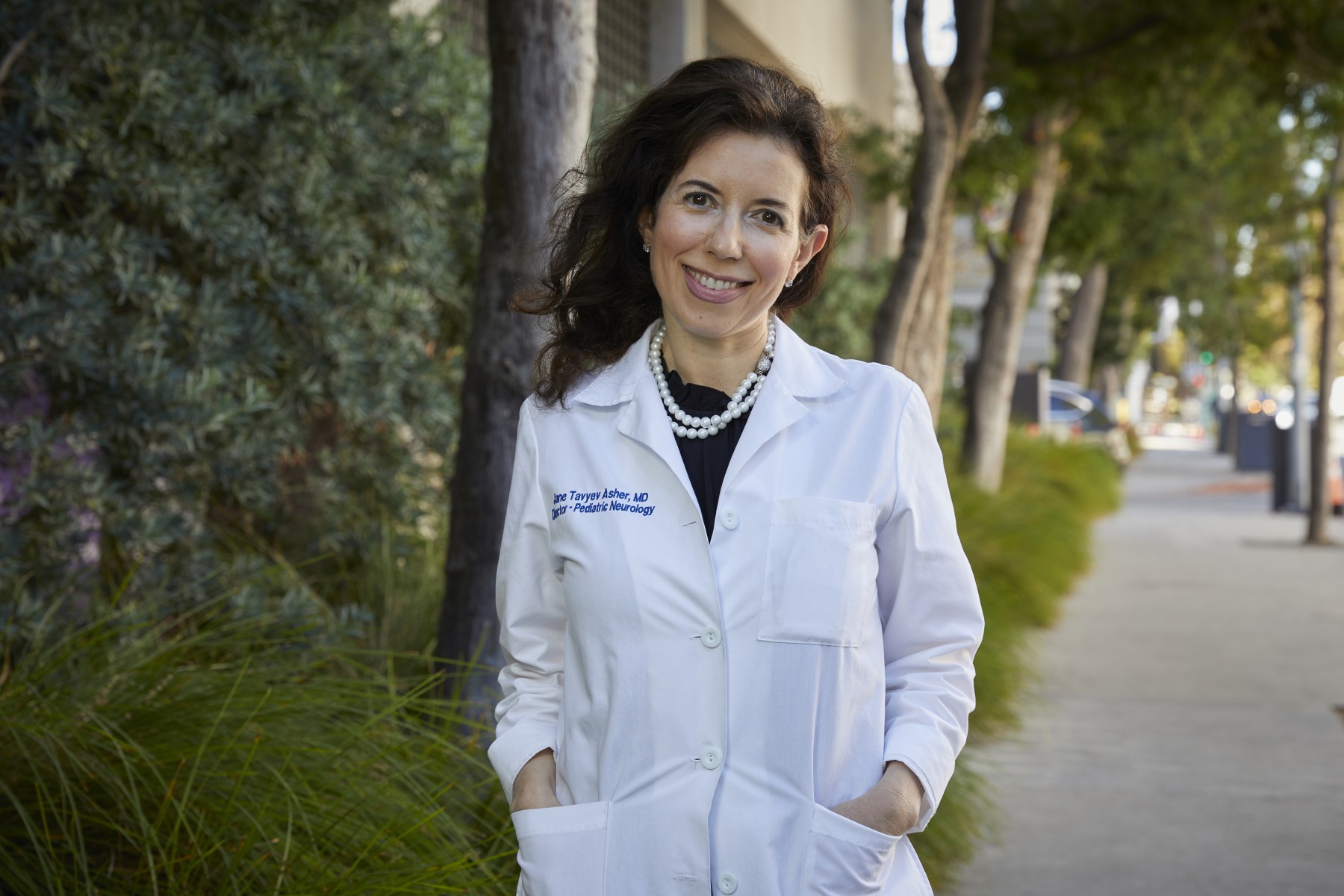 Children who have spent most of the COVID-19 pandemic at home and only recently resumed some in-person learning at school might not feel quite ready for the many gatherings with friends and family as the holiday season approaches. But while kids could be out of practice reading facial expressions, sharing toys or taking turns, Jane Tavyev, MD, director of the Division of Pediatric Neurology at Cedars-Sinai, said there are things parents can do to help.

Staying engaged at home. Tavyev, also an assistant professor of Pediatrics at Cedars-Sinai, pointed out that kids who turned 2 or 3 during the pandemic might have little experience interacting with people who don't have masks on. "We can't just give up masks," Tavyev said, "so that places more impetus on the family to disconnect from their screens and interact with children face to face."

Trying to curb screen time. Children's own screen time can also present a challenge. "If kids' social interaction is being replaced with screen time, you could have exponentially more work in front of you," said Tavyev. "You're going to have to break that addiction before they will want to go out to do social things."

Encouraging sports and games. Organized sports and other types of play—most of which happen outdoors—can help replace screen time and ease children back into social situations. "It's something social, but lightly social," said Tavyev. "It isn't two hours of intense personal interaction, like a birthday party might be." For children who aren't attracted to team sports, Tavyev suggested activities such as martial arts classes or swimming, which are individual pursuits but still happen in a group. Younger children might enjoy group play with balls or parachutes, she said.

Letting younger children learn from conflict. When younger kids do come together, the occasional tussle if two reach for the same toy is a learning opportunity. "If they've only been interacting with friends on screens, you're at home with your Legos and they're at home with their Legos, so no negotiation has to take place," Tavyev said. She recommended that parents let children older than 2 or 3 work out in-person conflicts for themselves. "Tell them you believe they can figure this out, whisper ideas and encouragement, but don't come in and be the mediator," she said.

Putting fears into perspective for older children. "For children who are feeling awkward and afraid at school or with peers, talk through the worst-case scenario," Tavyev said. "Encourage them to imagine what might happen. Maybe they're going to say something foolish. Maybe people will laugh at them. Whatever it is, play it out. Then stop and ask, 'Was that so bad? Is that something that you truly could not recover from?'"

While some conflict, awkwardness and uncertainty is to be expected, Tavyev advised parents and teachers to be on the lookout for children determined to avoid interaction with others.

"If younger children aren't showing an interest in their peers, and that is accompanied by language delay and repetitive or ritualistic behaviors, it's time to seek help because those are signs of autism," she said. "Parents should also seek help for an older child who was previously interested in social activity and seems to have lost their interest, because this might be a sign of depression."

Tavyev also encouraged parents to take heart, because everyone is in the same boat. And while the brain's ability to grow and change is at its height during the first three years of life, neuroplasticity persists well into adulthood.

"Social interaction, comfortable distance while talking, and all kinds of subtle, nuanced things have probably changed for billions of people around the world," said Tavyev. "So even if children have missed out on certain social things, it could be that some of those things are going to become obsolete anyway. How will that change this generation of children? I honestly have no idea, but they're all in it together."

After two and a half years of living through the COVID-19 pandemic, the upcoming long weekend can feel like a respite from the constant stress, says Itai Danovitch, MD, MBA, chair of Cedars-Sinai’s Department of Psychiatry and Behavioral …
Read more

Recently, Michael Wulfe, who is 61 and lives in West Hollywood, was on the phone with his sister, Stephanie Wulfe, in Dallas. They talk at least once a day, but that day, something wasn’t right. “I was talking, and then I didn’t have the words,” …
Read more